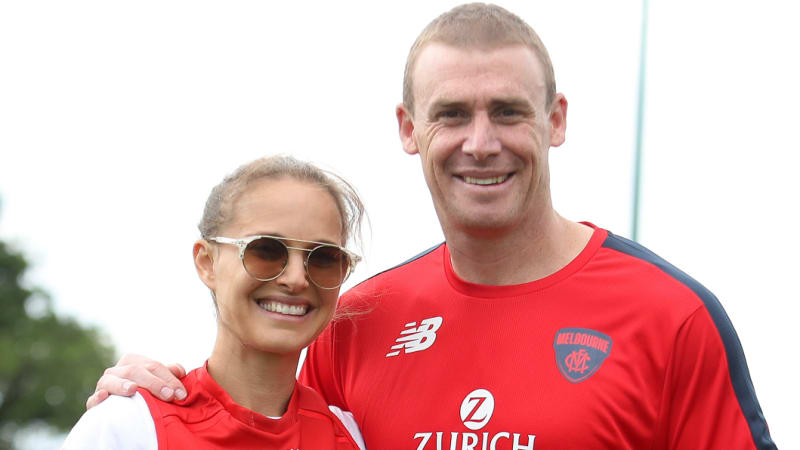 The Hollywood actress was recently in the country for a family wedding and to attend a star-studded gala in Melbourne. While in the Victorian capital, she surprised the AFL Demons by rocking up to a training session. 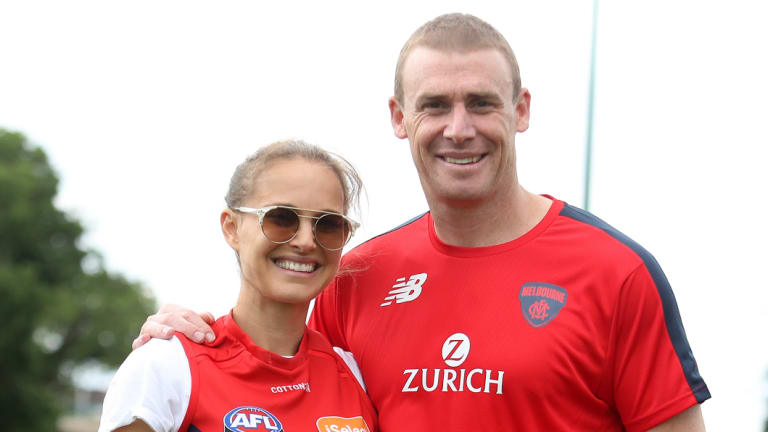 The jersey Portman wore was a gift from the AFL women's league, who even printed her name on the back. The Black Swan star later shed the red and blue jersey in favour of a Dior gown for the National Gallery of Victoria's second annual gala. Other guests included singer Troye Sivan and English model Poppy Delevingne.

It's not the first time Portman has made headlines this week. Just a few days ago she apologised to Jessica Simpson for comments she made while promoting the upcoming film Vox Lux.

Portman had recalled seeing Simpson in a bikini on a magazine's cover when she was just a teenager. The actor said at the time she was "confused" as to how Simpson could be dressed in a bikini while claiming to be a virgin.

Simpson hit back on Instagram, arguing, "being sexy in a bikini and being proud of my body are not synonymous with having sex". Portman later apologised for any offence, saying she was trying to point out how ingrained sexist assumptions can be thanks to advertising and the media.

Portman's latest film, Vox Lox, tells the story of a teenage musical prodigy who survives a school shooting and goes on to become a global superstar. Australian popstar Sia contributed to the soundtrack, however the film doesn't have a local distributor as yet.

Tristan Thompson Was Fined for Flipping Off Hecklers