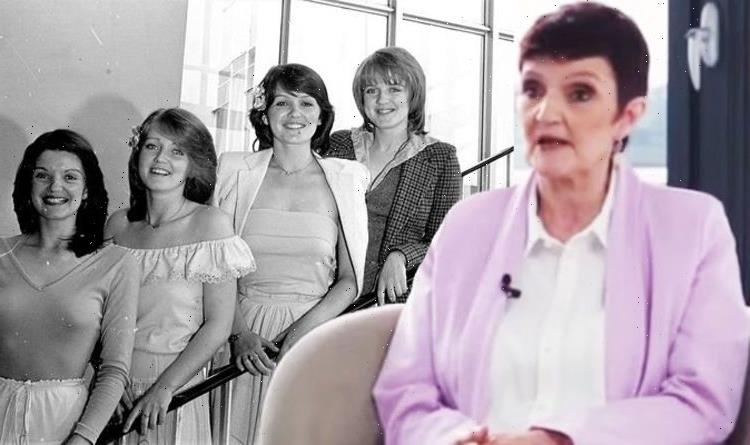 Anne Nolan, 70, along with her sisters Coleen, 56, Linda, 62, Maureen, 67, and Bernie, who died of cancer in 2013, formed popular girl group, The Nolans. The band regularly toured around the world, releasing chart-topping music back in the 1980s, however, Anne has shared that the siblings did not “actually receive” all of the profits they made during their illustrious career.

Speaking on financial lessons she has learnt over the years, Anne said: “To always know exactly how much money I am making and how much I am paying out.

“I had a lot of success with my sisters and we had a wonderful time doing something we loved – namely singing and travelling the world.

“At the time we had enough money, but we didn’t actually receive all the money that was made from our career,” she added to The Irish Independent.

Between 1979 and 1982, the group had seven international hits, including I’m In the Mood for Dancing, Gotta Pull Myself Together, Who’s Gonna Rock You, Attention to Me and Chemistry.

They are one of the world’s biggest-selling girl groups and were particularly successful in Japan, becoming the first European act to win the Tokyo Music Festival with Sexy Music in 1981, and won a Japanese Grammy (Tokubetsu Kikaku Shō) in 1992.

Bernie sadly died from metastatic cancer in 2013 after her cancer had spread to her brain, lungs, liver and bones.

Anne was diagnosed with cancer for a second time last year and revealed that at her lowest point, she would park outside her ex’s house after he moved in with another woman and would “stare at them for two hours” through a window.

The TV personality was married to Brian Wilson from 1979 to 2007, and the couple have two daughters Amy and Alex.

Opening up on whether she confided in her famous sisters about their break-up as well as battling cancer, Anne said: “At the time I didn’t. My sisters knew I was bad because I was acting like a bunny boiler.

“My ex had moved in with someone else and I used to park outside their house and stare at their house for two hours.

“I was a lunatic,” she added to OK! magazine.

DONT MISS:
Jeremy Clarkson slams Greta and Extinction Rebellion’s protests (PHOTOS)
‘I’ve been in a lot of pain this year’ Eamonn Holmes on health woes (NEWS)
Kate Garraway left in a panic as she runs late for her radio show (LATEST)

She was first diagnosed with the disease in 2000, before it returned again last year during the coronavirus lockdown.

Anne was diagnosed at stage three.

However, she is now thankfully cancer-free, as her younger sister, Linda spoke of her sibling’s health to Sunday World.

“She had her chemo and she was really ill with it, but because her cancer was primary they can’t see any disease there at the moment.

“And she didn’t have to have a mastectomy, which they thought she might have had to.”

However, Linda tragically has incurable cancer.

She has been fighting secondary breast cancer since 2017, and it has since spread to her liver.

Linda has said she has no idea how much longer she has left to live.