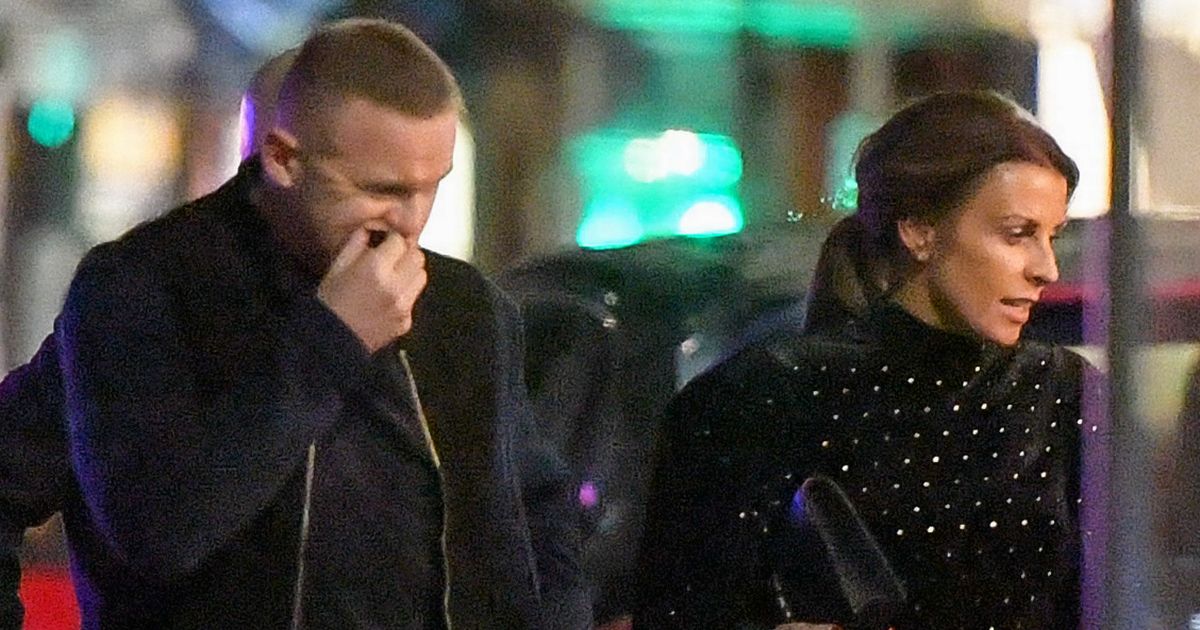 The Rooney’s are back in town for Christmas!

Coleen and Wayne have flown home from Washington, USA, for the festive season, and one of their first stops was dinner with her parents Colette and Tony McLoughlin at swish Manchester restaurant, Victors.

Coleen, 32, showed off her slim legs in a pair of skin-tight black jeans, which she teamed with a festive velvet top with some serious power shoulders.

Wayne – who appeared to have something stuck in his teeth – went for more of a casual option, wearing denim jeans with a navy t-shirt and matching jacket.

The foursome was seen happily chatting as they left the eatery in the posh village of Alderley Edge – where Coleen and Wayne still have a £20million mega-home.

Clearly thrilled to be back with her family following Wayne’s transfer from Everton to DC United, Coleen uploaded a shot from the night to Instagram with the caption, "It’s so good to be home!!! Loved the new @victors_restaurants in Alderley Edge." The mother-of-four previously admitted that the move had been a hard one for the family, especially given her closeness to her parents.

“It was an emotional conversation with my mum,” she told The Mirror.

“It’s hard not being able to pop down the road – an eight- hour flight is a long distance. You can’t just nip over for a cup of tea.” And of her sons Kai, eight, Klay, five, Kit, two, and 10-month-old Cass, she said it was Klay who struggled the most.

“My eldest is so outgoing he is fine – you put him anywhere and he will get on with it," she explained.

“But my five year old loves home and being comforted. “He said, ‘What are my friends going to do without me?’. But they are young enough to adapt to it – and there are so many school holidays anyway.”

While the family will remain in the States for the foreseeable, they do plan to return home eventually, with work still continuing on their mega-mansion .

More on Coleen and Wayne Rooney…

Deadly pesticide in temple food that killed 15 in India