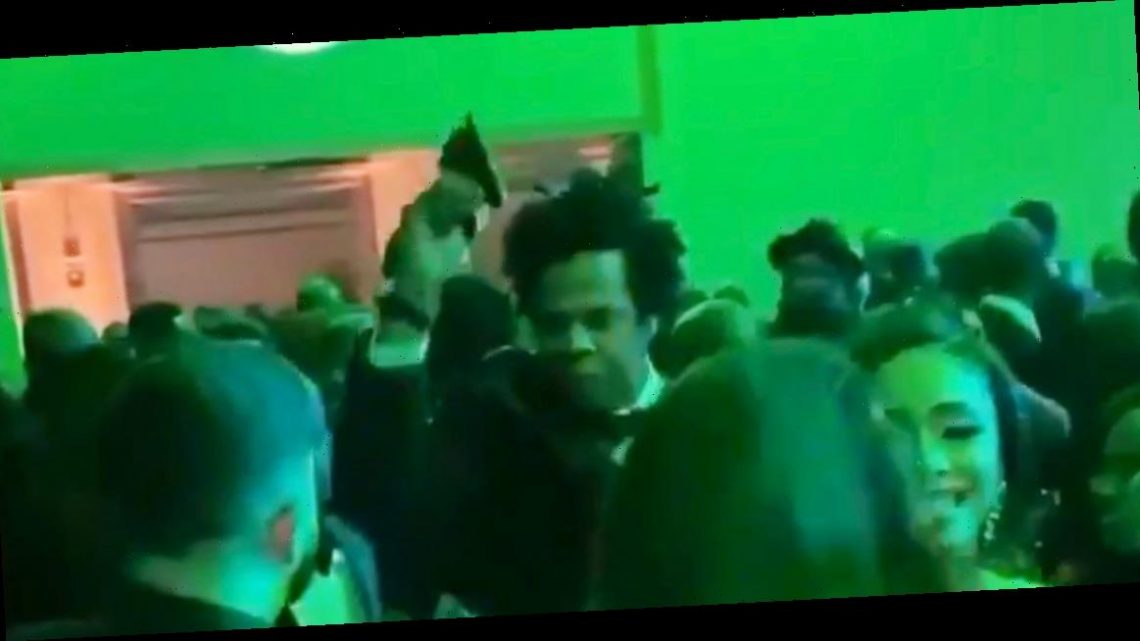 SooooOOOooOOoo, the other day Jay Z and Beyoncé, blessed be her name, casually showed up at Sean “Diddy” Combs’ 50th birthday party—along with literally every other celebrity in Los Angeles, including the Kardashians.

And um, while the guest list mostly seemed to consist of famous people who you’d think would be chill around Queen Bey, apparently someone on the dance floor stealthily tried to take videos and photos of Beyoncé—and Jay Z was NOT here for it.

In a video from the event, Jay Z can be seen shutting down a dude dancing with his phone out next to Beyoncé, Kelly Rowland, and Saweetie. And by “shutting down,” I mean Jay Z literally snatched the phone out of this guy’s hand:

Jay snatching someone’s phone cause he was filming Beyoncé dancing with @saweetie & @kellyrowland ? He loves his wife.

Honestly, it’s unclear if the man in question was even trying to take photos of Bey (it kinda looks like he’s just snapping pics of the crowd?), but either way I hope Jay Z gave him that phone back, lol.

Also this unrelated photo of the same group was taken, in case you’re wondering about ~vibes~:

I will survive being bootylicious!!! ♥️?♥️

And don’t worry, we got a helpful gif:

Enjoy the GIF everyone 😂 pic.twitter.com/aItr9FTVeE

Welp. What a journey this has been, truly.