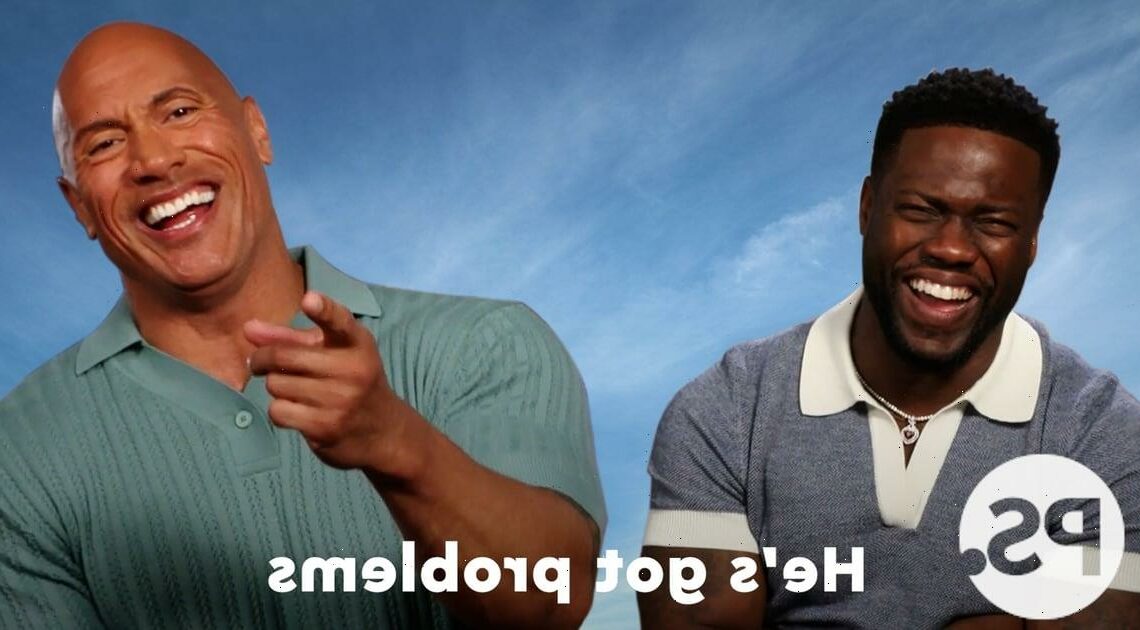 Dwayne Johnson and Kevin Hart: rivals, competitors . . . all-around uproarious joke machines? The stars of “DC League of Super-Pets” can’t help but make fun of each other, but you can tell it’s because the respect they have for one another runs so deep. We pitted these two against one another in a head-to-head matchup designed to bring out that teasing spirit: a game we call “Choose Your Fighter.”

When presented with different scenarios, which of the two of them would they rather have taking the lead? Which of Johnson or Hart should cook for the other’s family? Yes, “Can you smell what The Rock is cooking?” obviously came up. Who would be the best candidate to choreograph a TikTok dance, and who can most smoothly order food in Spanish?

Along the way, the megastars traded barbs and cracked each other up in ways that only two people who know each other so well can. Plus, stick around until the end of the video to hear our favorite way someone has ever pronounced “POPSUGAR.” It’s all above!

Check out “DC League of Super-Pets” in theaters now.