Home » Celebrities » Warner Bros. Is Reportedly "Freaking Out" Over What The Johnny Depp Abuse Allegations Will Do To "Fantastic Beasts 3" 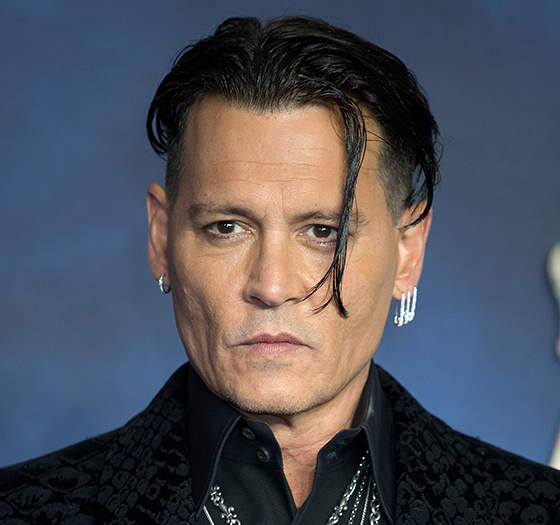 Warner Bros. Is Reportedly "Freaking Out" Over What The Johnny Depp Abuse Allegations Will Do To "Fantastic Beasts 3" Page Six is saying that Warner Bros. is freaking the fuck out over recent allegations Amber Heard has made against her ex, Johnny Depp. They are worried! What will people think of them for working with an alleged domestic abuser? What will paying Harry Potter viewers think? What will their female employees think of them? What about the box office dollars?! It’s all hand-on-deck over at Warner Bros. and they are scrambling to come up with a solution.

Amber Heard really kicked a wrench into Warner Bros. upcoming third installment of the Fantastic Beasts movies.  In response to his $50 million defamation lawsuit against her, she detailed the horrific shit he allegedly put her through, which included drunken violence and pissing all over the house. And Amber’s latest allegations have got Warner Bros. shaking.

The script for the movie is already complete and filming was supposed to start this summer, but the actors can all have an extended summer vacay because the movie is being delayed until fall of next year. Johnny Depp is a huge part of the movie, in fact he played the titular character in the last one, Crimes Of Grindelwald, and he was going to reprise his role for the next movie. …Which is why Warner Bros. is sweating. A source said this:

“Executives at Warner Bros. are wondering how to deal with the backlash of the Depp matter on the Harry Potter franchise… High-level female execs at the studio are extremely worried about working with Depp and the message it sends to the public, especially after the recent sordid departure of CEO Kevin Tsujihara… This is yet another blow to the morale of female employees at the studio… If Warner Bros. continues to stick by Depp, it would reveal a lot about the values the company holds.”

Kevin Tsujihara is no longer with Warner Bros. because of an alleged affair with one of the actresses he worked with. So feminism is really cleaning house over at Warner. And things are even more complicated thanks to the Harry Potter inventress herself, J.K. Rowling who defended him getting cast in the movie when the allegations first started. Sources say:

“Many at Warner Bros. wish that Rowling hadn’t come out so strongly behind Depp, because having made her opinion so public boxes them into a corner.”

The last Fantastic Beasts movie made a decent amount of money, over $650 million worldwide, and it was the 10th highest-earning movie last year, but get this–still, even as the 10th richest movie of the year, it was the lowest-earning in the Harry Potter franchise. Can you imagine your worst movie rounds out the year’s top 10? J.K. is RICH.

Johnny Depp’s lawyer had commented on the allegations after Amber made them, calling it all a “hoax”:

“Ms. Heard has a new problem besides defamation, perjury and filing and receiving a fraudulent temporary restraining order demand with the court: We are now interviewing other women who have come forward claiming they are victims of horrific acts of violence and other abuse at the hands of Amber Heard, in addition to Johnny Depp and Tasya van Rhee, the latter of whom Ms. Heard was previously arrested and incarcerated for assaulting… We have now issued subpoenas to Amber Heard, her hoax assisting friends, Elon Musk and other witnesses to explain the avalanche of video, audio, photographic and testimonial evidence with which we intend to confront them.”

I don’t know… Johnny Depp’s lawyer is sounding awfully confident… almost too confident… almost… Michael Avenatti confident. Careful sis, don’t fly too close to the sun with these promises of proof. And, I mean, Elon Musk? What is he gonna do? You know he squirrelly! If you want the real tea on what Elon knows, there is only person to ask: Azealia Banks.