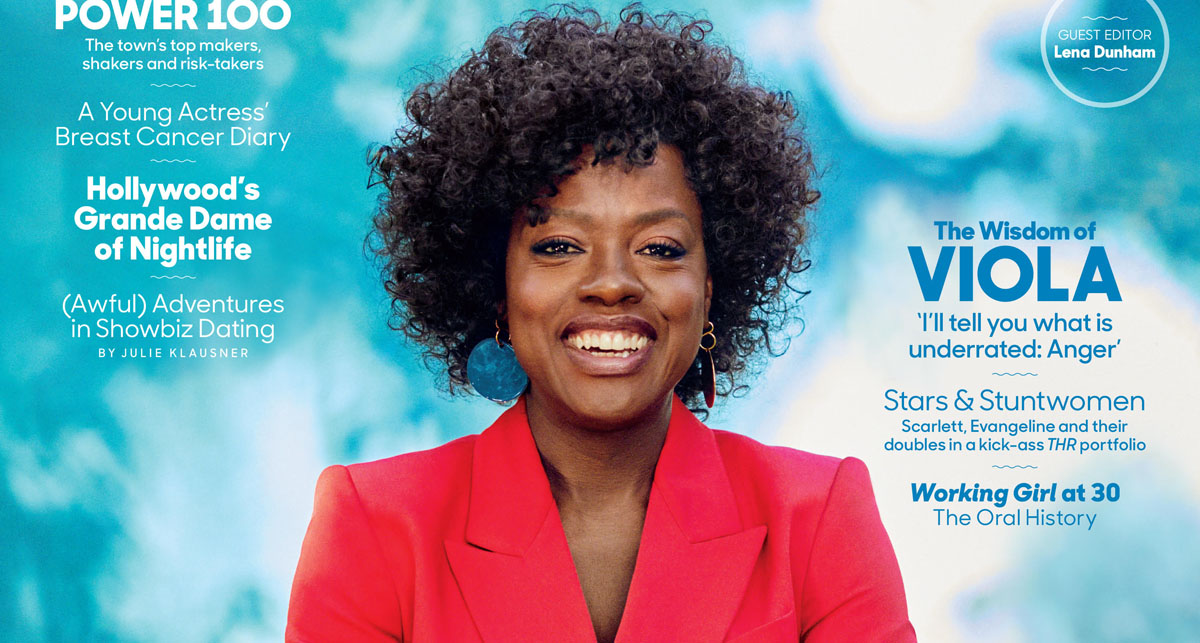 Viola Davis is on the cover of THR‘s Women in Entertainment issue.

Here’s what the actress had to share with the mag…

On how she views America: “I see America as that uncle who always gave you a whole lot of candy and treated you with the utmost respect and who you loved more than anything in the world, but who has a record for murder. That’s how I see America. I think that that is hard to reconcile, the messy with the love.”

On discovering who she is post-fame: “Now, at 53, I’m picking out what the pieces are. Literally. For instance, just an example, I’ve gained weight. Now, listen, I’m not a skinny Minnie. I’ve never been a skinny Minnie. I’m a yo-yo dieter. I’m always weighing myself. I always go to bed in a panic that I’m really heavy, I’m not pretty, I’m not this, I’m not that. But I don’t care about being pretty…I never cared about being pretty. I came to L.A., and all of a sudden, I care about being pretty because I feel like that is my way of being accepted into a larger community, coming from poverty, coming from a past of invisibility. Now, it’s like, I don’t care about that! And once I decided I didn’t care about that, I feel pretty good! I feel pretty good! It’s lightened my load.”

On admitting she’s taken projects she regrets: “I had the Oscar, I have two Tonys, I have the Emmy, I have a big house, and still — bam — unfulfilling. Then I realized it’s because I’m not living for significance and legacy. And this is a big one, and this sort of hurts a little bit: I’m finally admitting to myself that a lot of the jobs I’ve taken in the past, because I knew that they would further my career, have been things that I have not been proud of. They put more money in the bank, they raised my status, but at night they keep me up.” (If you don’t know, Viola recently said that she regretted taking on her role in The Help.)

For more from Viola, visit HollywoodReporter.com.