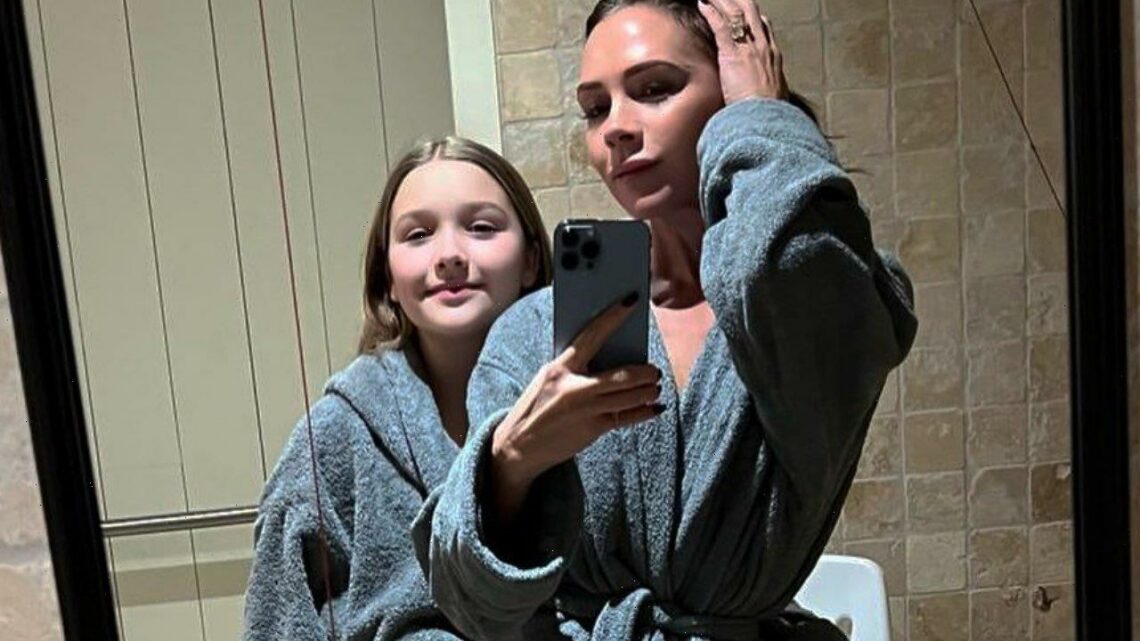 The wife of David Beckham admits that she’s ‘worried’ about her 11-year-old daughter’s safety after obsessive stalker Sharon Bell tried to collect the girl from her school.

AceShowbiz -Victoria Beckham (Victoria Adams) was left scared to go out after her family’s stalker ordeal. The wife of David Beckham also feared for her daughter Harper’s safety following the horror incident.

A court heard that the former Spice Girls member, 48, is worried for her 11-year-old daughter’s safety as a result of Sharon Bell’s obsessive actions, which included trying to collect the girl from school. Bell, 58, sent former soccer star David, 47, threatening letters and turned up at the family’s homes during a five-month period in 2021.

Bell claimed her eggs had been “fused” with David’s to create Harper and turned up at the child’s school, claiming she was her mother and saying, “I’m Harper’s mother. I’m here to pick her up.” Bell even said she wanted to give the schoolgirl a kiss, cuddle and birthday presents.

Prosecutor Arizuna Asante said of Victoria, “She is now scared to go out. It has made it hard for her. She is worried, especially when Harper goes on school trips.” In a statement read to Westminster magistrates’ court on Monday, July 11, fashion designer Victoria added, “I tried to make very little fuss as I’m very worried about the effect it may have on Harper. I tried to protect her and I am worried about her safety.”

In September 2021, Bell appeared at the family’s London home, where she was warned by security that the police would be called. The court was told Bell wrote to David in October to tell him, “I do love you and have done since we were children.”

Bell also accused Victoria of owing her money and said David had her if she turned up “unarmed” he would give her tea. She added David was going to have brain surgery, writing she would love to be there with him “to give you a few more brain cells.”

David, who usually leaves reading letters he gets from the public to his security team, said in a statement about seeing Bell’s notes, “I felt like the language in the letters was escalating and becoming more emotional and threatening towards me and my family and this worried me.” She added, “The letters were becoming increasingly threatening and obviously the female knew where I lived. It made me worried about what she would do next.”

Bell, from Boundary Way, Watford, Hertfordshire, appeared via video link at court was charged with stalking but did not face a criminal trial due to her mental disorder. District Judge Michael Snow imposed an indefinite stalking protection order which bars Bell from contacting the Beckhams or their four children for the rest of their lives.