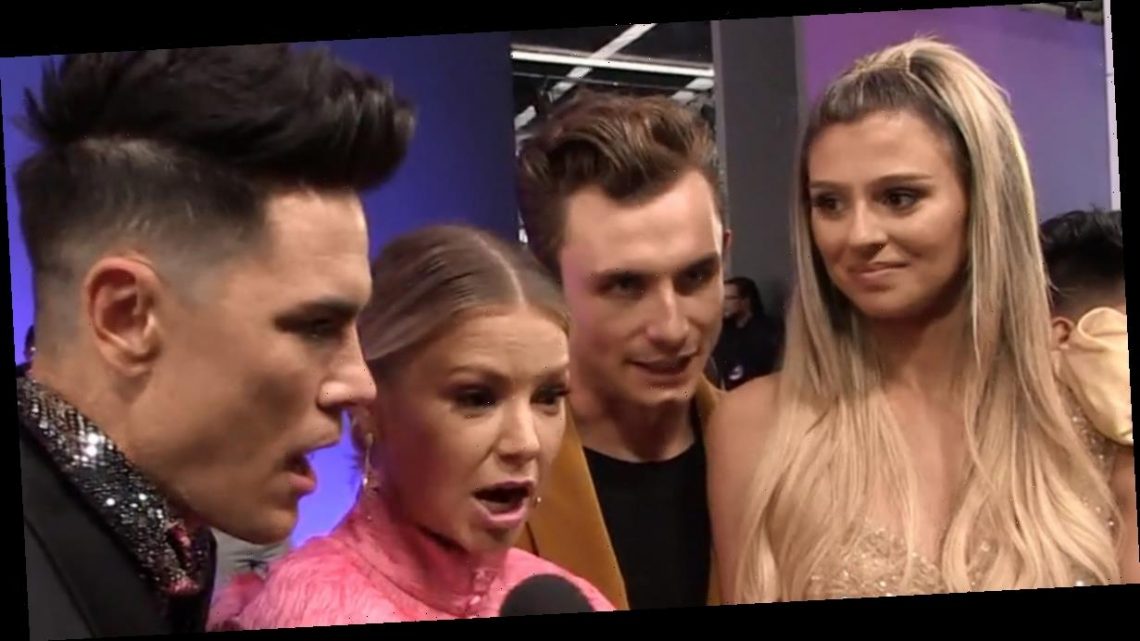 “It’s probably going to be the best season of our show yet,” Tom Sandoval exclaimed.

"Vanderpump Rules" is going to kick off 2020 with a bang when it returns to Bravo for Season 8 in January.

And with a dramatic teaser for the new edition recently released, fans are clamoring to know what went down as the clip had glimpses of screaming matches, new co-stars and Brittany Cartwright crying in her wedding dress.

TooFab caught up with some of the cast — Tom Sandoval, Ariana Madix, James Kennedy and Raquel Leviss — Sunday night at the People’s Choice Awards in Los Angeles, and the gorgeous group spilled all the juicy details with Tom admitting, "It’s probably going to be the best season of our show yet!"

"There are new faces here, and they are a dramatic bunch," confessed James. But the overall feeling from the veteran cast was that the newbies seemed to be fitting in rather well.

"That’s the biggest thing, ya know, we’re all very open and honest with where we are in our lives and our relationships and our friendships and everything — so like the new people that came on did a really good job of being open and honest and connecting and that’s what we want," explained Tom.

"That’s all that matters, I feel like," agreed Ariana.

The group appeared in a celebratory mood, so the conversation naturally turned to the upcoming holiday season and how the cast members keep family traditions alive.

Tom got excited talking about his mom’s custom of putting a "13 or 14 foot Douglas Fir in the middle of the living room with thousands of lights on it," which he said makes the whole house smell amazing.

"Wrapping," answered Raquel. "I’m like the best gift wrapper ever. Our family goes all out. It’s like a huge tradition. We always say the wrapping is better than what’s inside."

For Ariana, however, she was not having the early bird holiday lovers. "My favorite holiday tradition is waiting ’til the very end of November to start celebrating December holidays. ‘Cause that’s what you should do. And anyone who starts celebrating early is dead to me," she said with a huge laugh.

I’m a Celebrity 2019: Who is Jacqueline Jossa? Inside her job, family and net worth