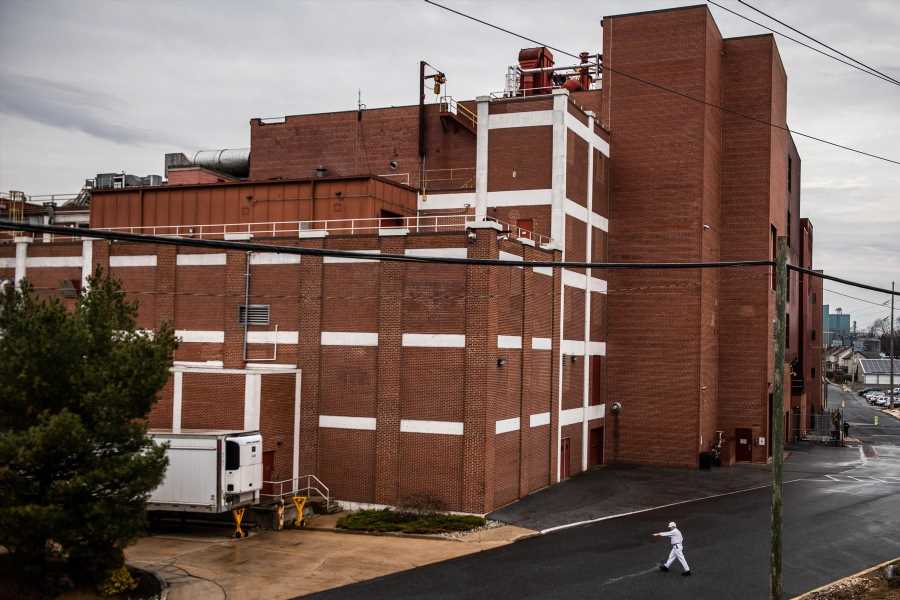 Augustus Gloop is quaking. On Thursday, two people were hospitalized after they fell into a tank of chocolate at a Mars Wrigley’s M&M factory in Pennsylvania in an incident reminiscent of the memorable fall of the “great big greedy nincompoop” in Roald Dahl’s book Charlie and the Chocolate Factory.

Officials in Lancaster County, Pennsylvania told local news outlet CBS21 that two people were taken to the hospital after falling into the tank. Emergency dispatch confirmed to the outlet that there had been a rescue operation in the Elizabethtown-based factory.

According to photojournalist Nathan Yerges, the two folks who fell into the tank were employees of Mars. Cones had been set up around the factory and the local fire department was on scene at the time of publication.

It’s unclear what color M&Ms were being made by the chocolate in the tank. However, Rolling Stone continues to take a stand against the anti-yassification of the green M&M, who was formerly seen wearing go-go boots in Mars advertising and is now being forced to wear sneakers.

“It is also a major error on Mars Wrigley’s part, because the green M&M being a dirty slut, as signified by her iconic white go-go boots, is precisely what has engendered her a devoted fan base, particularly among similarly libidinous women and gay men who have embraced the character,” read a scathing Rolling Stone article about the company’s change earlier this year.