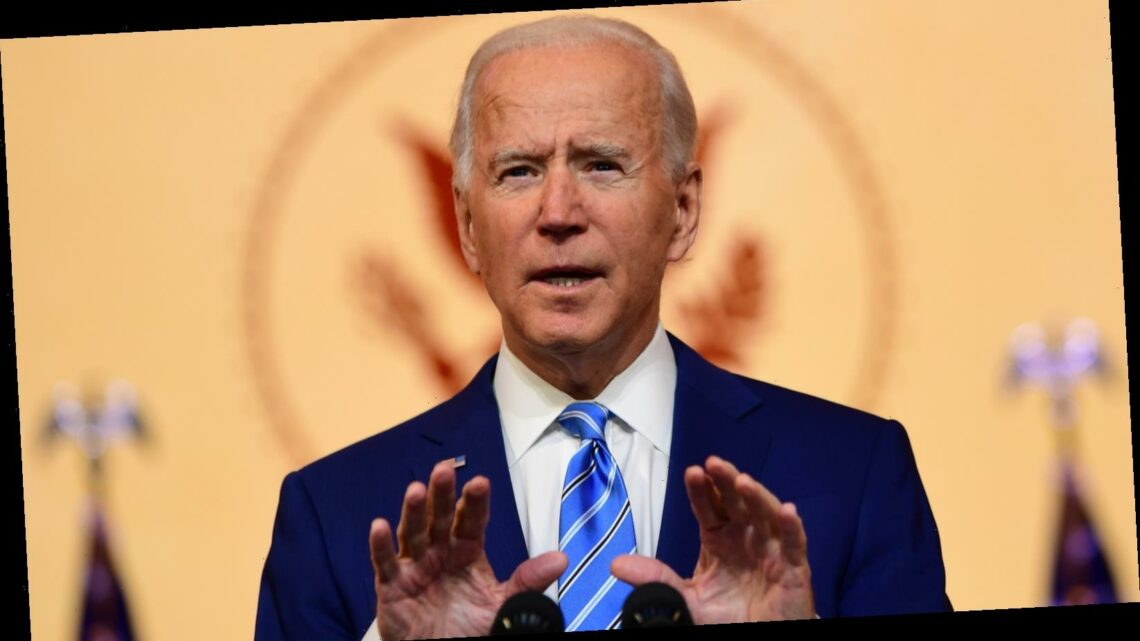 Politicians — they’re just like us! President-elect Joe Biden injured his foot while playing with his dog, Major, on Nov. 28, 2020. His physician, Kevin O’Connor, initially said he had sprained his ankle, but further testing revealed it was a fracture, per The Hill. “Initial x-rays did not show any obvious fracture, but his clinical exam warranted more detailed imaging. Follow-up CT scan confirmed hairline (small) fractures of President-elect Biden’s lateral and intermediate cuneiform bones, which are in the mid-foot,” O’Connor told the outlet. The injury will require Biden to wear a boot for the next several weeks.

President Donald Trump has yet to concede the election, which the Associated Press called for Biden on Nov. 7 after he won Pennsylvania’s 20 electoral votes. Trump says the election is “rigged” and has pushed many unsubstantiated claims of voter fraud. Nonetheless, the former The Apprentice host took to Twitter to wish Biden well, re-tweeting a video from NBC’s White House Correspondent, Kelly O’Donnell, which showed Biden leaving a doctor’s office and adding the message, “Get well soon!”

President Trump’s well wishes to President-elect Biden are a far cry from the remarks he’s made about Biden throughout the course of the 2020 presidential election. The Trump University founder referred to Biden as “Sleepy Joe” on the campaign trail, claiming that while he was busy working rallies, Biden “stays in his basement.” Trump has also frequently lobbed insults against the president-elect’s son, Hunter Biden, including unverified claims about Hunter’s business dealings with Ukraine. When Trump isn’t making personal digs at the former senator, he attacks his 47-year career in politics, telling attendees at a Nevada rally, “The fact is, I did more in 47 months as president than Joe Biden did in 47 years,” according to Business Insider.

Trump continued to hurl insults at Biden during the first presidential debate on Sept. 29, 2020, and Biden retaliated. To some viewers, their behavior was reminiscent of a Bravo reality show, with Twitter users even calling for Andy Cohen to host the next debate. While Bravo fans didn’t get their wish, the Commission on Presidential Debates decided to turn Biden and Trump’s microphones off while their opponent was speaking to prevent a second tumultuous debate.

Given their history, it’s not surprising that Trump’s “get well soon” message to Biden was so brief.

Biden was injured playing with his history-making dog

President-elect Joe Biden’s foot injury occurred in the most relatable way: while he played with his German shepherd, Major. Major is one of two dogs that will be calling the White House home in January 2021. The Bidens have another German shepherd, Champ, who they’ve had since 2008.

While America is thrilled to have a dog back in the White House, one of Biden’s dogs is also making history. Major will be the first rescue dog to live in the White House. According to Time, the Bidens adopted the 10-month-old puppy from the Delaware Humane Society in 2018 after fostering him for months. The DHS posted an official adoption photo on their Facebook page after the Bidens took him home.

Champ and Major are following in the paw prints of many dogs before them. The Obamas had Sunny and Bo, two Portuguese water dogs. The Bush family had Miss Beazley and Barney, two Scottish terriers who even got an official page on the White House website, Barney.gov. They also had another dog, Spot, who was the son of Millie, President George H.W. Bush’s Springer spaniel. Before the Bushes, the Clintons had Buddy, a chocolate lab.

Biden’s love for dogs is just one of many ways that he and Trump are extremely different.

Why President Trump never got a dog

President Trump was the first president in nearly 200 years to not have any pets in the White House. The tradition began with Thomas Jefferson, who actually had a couple of bear cubs during his presidency, according to CNN. He’s not the only U.S. president with unusual pets — President James Buchanan was given a herd of elephants and President Martin Van Buren was given a pair of tiger cubs, according to National Geographic.

When you’re the president, having a pet serves more than one purpose. “It softens their image, it broadens their appeal,” Ed Lengel, a former chief historian at the White House Historical Association, told CNN. “They help create an atmosphere of the White House as a family, a lived-in place and not just a stiff museum, but a place where a family lives and plays and enjoys each other’s company.”

At a rally in El Paso, Trump told the crowd, “I wouldn’t mind having one, honestly, but I don’t have any time… How would I look walking a dog on the White House lawn?”

Helen Skelton husband: How did Helen and husband Richie meet?