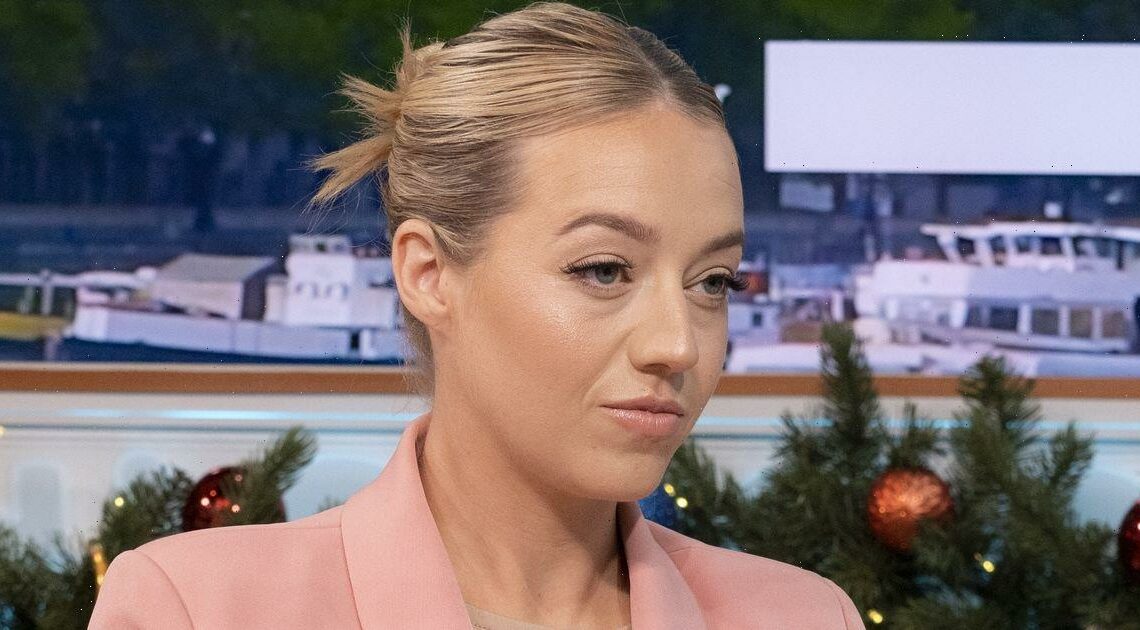 Kelsey Parker put on a brave face for her first Christmas without her late husband, Tom Parker, on Sunday.

The Wanted star Tom tragically passed away in March following a battle with an aggressive form of brain cancer, leaving his wife Kelsey and their two children Bodhi, two, and Aurelia Rose, three.

On Christmas Day, Kelsey, 32, took to social media to share a few pictures of herself with her two children, which she captioned “showing up" alongside a red love heart emoji.

The first picture shows Kelsey, who recently admitted to finding the Holiday season difficult, dressed in a smart black shirt and accompanying skirt. While Bodhi sported a tartan shirt and brown trousers and Aurelia in a red dress and white pumps.

In the second shot, both children can be seen gazing lovingly up at their mum.

Many fans took to the comment section to commend the mum-of-two for her “resilience” and “courage” since losing Tom.

“Merry Christmas Parker Family!! I am sure that Tom is with a big smile in the heaven I love you so much!!” wrote one person. “That’s strength of character right there. Holding you and your gorgeous family in my heart today,” a third commented.

While a fourth added: “Merry Xmas I am very proud of you keep smiling keep moving forward lots of love to your children. You are all so brave."

Kelsey earlier admitted to “dreading” the first Christmas without Tom, adding that there would definitely be tears throughout the festivities. Taking to Instagram, Kelsey wrote: "The littlest things that I didn’t really think of before now feel so huge.

"Going food shopping – no need to buy your Christmas favourites this year. Setting places at the table. Writing gift tags just from mummy.

"I’ve been putting Christmas off because honestly I’ve been dreading it. But it’s for the kids, they’ve always been my reason to get up each day and find the positives, and never has that been more true than this week.

"There’ll be empty chairs tomorrow and tears, but there’ll also be smiles, laughter and dancing – just as you would’ve had it."

Kelsey, who earlier said that Bodhi is starting to look like his dad, also offered advice to those who have also lost someone near to them.

“Merry Christmas everyone. Thank you to everyone who has commented and sent messages this year. I do read them all and having so much support really means the world,” she wrote.

“If you’re missing someone today remember there’s no right or wrong way to be feeling. Do what’s right for you and be kind to yourself.”

I have carried out 23,000 autopsies & investigated deaths from Marilyn to 9/11 – but these are cases that still haunt me | The Sun