Home » Celebrities » Tom Holland Reacts to ‘Spider-Man: Into the Spider-Verse’ 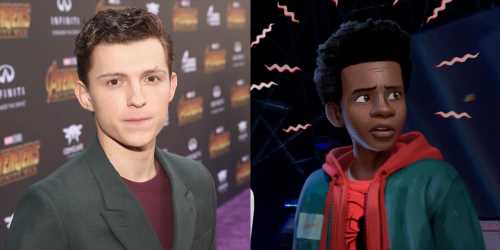 Tom Holland Reacts to ‘Spider-Man: Into the Spider-Verse’

The 22-year-old actor, who did not have anything to do with the new 2018 animated film, wrote on his Instagram account, “Honestly one of the coolest films I’ve ever seen. Do yourself a favour and go see this movie. #intothespiderverse”

The movie, which dominated the weekend box office this weekend, features the voice acting of Shameik Moore, Jake Johnson, Hailee Steinfeld, and more. Be sure to check it out!

Tom can next be seen in the Spidey suit in Avengers: Endgame, in theaters on April 26, 2019.