Loki has been a mainstay in the Marvel Cinematic Universe films, and now he’s getting his own Disney+ series that’s just a few weeks away.

But although he’s getting a promotion, Tom Hiddleston isn’t 100% sure on the future of his character in the MCU.

Speaking to Total Film magazine, the actor said: “At this point, I have learned that for me to have any expectations is futile and a fool’s errand. 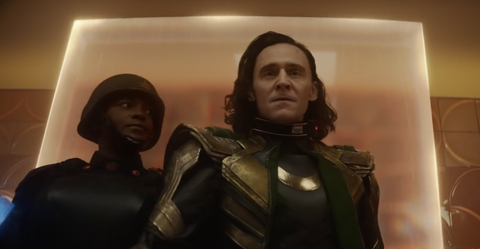 “Having said goodbye to the character once, twice, three times, I do not know what the future holds. But I’m excited to find out. I think we could never have seen 10 years ahead.”

Avengers: Endgame served as somewhat of a reboot for the character, as the original Loki was killed by Thanos in Infinity War and it’s a still-evil version of himself from 2012 who escaped from Avengers’ custody that is featuring in the show.

The premise of the Loki series is that the God of Mischief has been recruited by an agency that monitors time and space, explaining that the timeline is in chaos and they need his help to sort things out.

Will the character get another redemption arc? Will he get killed off for real, or will he be set down a new path for further MCU projects to follow up on?

Related: Marvel boss teases multiple seasons for Loki and The Falcon and the Winter Soldier

Hiddleston probably does know, but is his admission that he doesn’t have any expectations a subtle hint that we should get ready to see Loki bite the bucket for good?

Pair avoid prison after dropping sofa from building on to woman