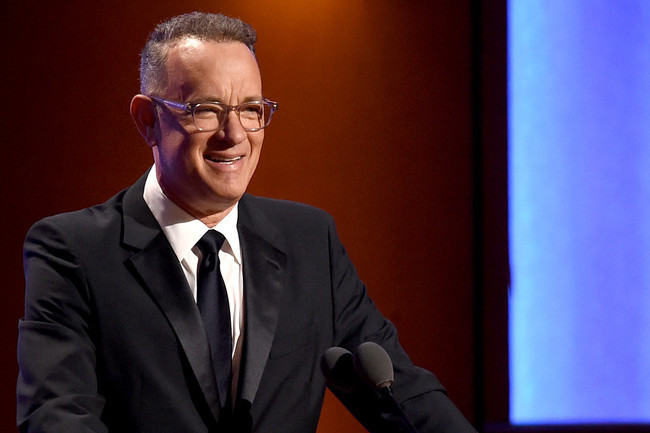 Fresh off completing his voiceover as Woody for Toy Story 4, Tom Hanks is taking on another voice project, and this time, it’s for the Washington Post.

The actor — who starred as WaPo’s former executive editor, Ben Bradlee, in the critically acclaimed film The Post — is narrating the publication’s 60-second Super Bowl ad during the New England Patriots vs. Los Angeles Rams game on Sunday, Feb. 3. It’s the Washington Post’s first foray into the frenzy that is Super Bowl advertising.

There’s nothing not to like about Hanks, but a gig like this seems to solidify his integrity. Instead of urging Americans to purchase new cars or sign up for dating apps, Hanks will advocate for journalists. According to the newspaper, the ad will shed light on the “role of journalists as eyewitnesses and gatherers of fact” as well as probe into the “profession’s larger importance to society.” While the outlet has previously run subscription ads, this campaign’s goal is to put journalists front and center and remind the world of their sacrifices. The 60-second commercial will include snippets of major news events from World War II up to present day. It will also feature journalists who have lost their lives in pursuit of the truth. Among those featured are Austin Tice, a freelance reporter who’s been missing for half a decade, Jamal Khashoggi, who was slain at the Saudi Arabian consulate in October 2018, and Marie Colvin, who died at the hands of Syrian forces in 2012 while she covered the Siege of Homs.

“The Super Bowl is a remarkable moment to recognize the courage and commitment of journalists around the world that is so essential to our democracy,” Fred Ryan, publisher and CEO of the Washington Post, said in a statement. “We decided to seize the opportunity to make this a milestone moment in our ongoing campaign.”

The paper made the decision to join the Super Bowl commercial pool very recently. It purchased a spot just last week, which cost the outlet $5.25 million, per Deadline. But it’s worth it.

“This was a chance for a broader message about the role journalists play in our everyday lives and the risks they take to bring us the facts,” Ryan said.

In a landscape ravaged by anti-media sentiments, fake news, and deteriorating outlets, journalists’ role in delivering facts is more important than ever. Now, news organizations are stepping up to encourage viewers to be vigilant about the information they consume.

Last year, the New York Times released its first campaign in a decade, “The Truth is Hard,” in which it explored what it means to search for the truth. CNN has a similar promo, “Facts First,” that shows what happens when facts are distorted.

But Hanks isn’t the only celebrity endorsing cold, hard facts. Debra Messing, Alyssa Milano, and Ben Stiller also support the #PressOn campaign, which implores readers to support (and pay for) honest journalism. Thousands have followed suit and shared screenshots of their subscription receipts.

“We all need to accept the same truths. Facts are facts,” Stiller said in a tweet. “Subscribe to a real journalism outlet. Tweet your receipt. #PressOn.”

Washington Post’s Super Bowl ad will run during the fourth quarter of the game, just before the two-minute warning. Shortly afterward, it’ll hit social media channels and appear on the WaPo website.