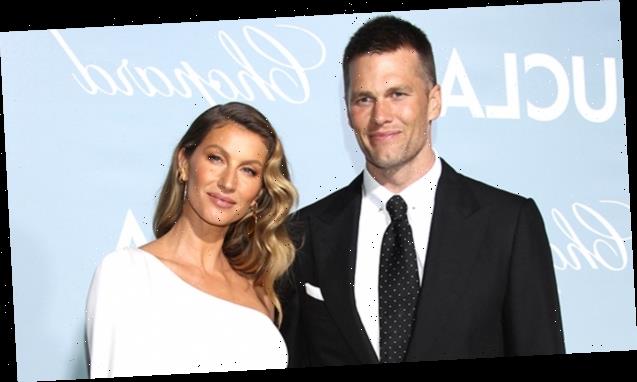 “Happy 40th Birthday [Gisele Bundchen],” her husband and biggest fan, Tom Brady, 42, wrote on July 20. In honor of Gisele’s birthday, the NFL icon and new Tampa Bay Buccaneers quarterback paid tribute by sharing a picture of her with their two children, Benjamin, 10, and Vivian Brady, 7. Tom also shared lyrics from a Stevie Wonder song, because who better to quote when it comes to expressing love than the expert himself? “You are the sunshine of my life / That’s why I’ll always be around / You are the apple of my eye / Forever you’ll stay in my heart.”

The timeless Gisele first broke out on the modeling scene in her native Brazil, before debuting on the catwalk of New York City’s Fashion Week in 1996, per Biography. She relocated to the Big Apple the following year, and it was then when she caught one of her most significant breaks. Alexander McQueen chose her for his runway show. After that, she became one of the most in-demand models in the world, appearing on countless magazine covers, and modeling for brands like Dolce & Gabbana and Victoria’s Secret. Though her runway days are in her past, she remains one of the most glamorous – and hardest working – models = in the fashion industry.

“I think I am the farthest I have ever been from retiring. I’ve never worked so hard in my life, actually,” she said in 2018, per W magazine. “I think I’ll retire only the day I die,” she said. “Because I love working, I love creating, I think that’s why we’re here to keep creating and expanding and learning.”

Gisele found success in her love life in 2006. Set up on a blind date, Gisele and Tom discovered they had a connection — one that’s been going for almost two decades. “I had gotten out of a relationship, and she had been out of a long-term relationship,” Tom said during the April 8 episode of The Howard Stern Show on SiriusXM. “When we met, I wasn’t quite sure if I was ready for a relationship. I wasn’t sure I was, but we met, and we hit it off.” They did more than that – they were wed in 2009, the same year they welcomed their son Benjamin. They welcomed Vivian in 2012.

Though, it wasn’t all smooth sailing. During the early stages of their relationship, Tom and Gisele learned that his ex-girlfriend, Bridget Moynahan, was pregnant with his child. Plus, Tom’s football career caused some trouble for their marriage. “A couple of years ago, she didn’t feel like I was doing my part for the family. She felt like I would play football all season, and she’d take care of the house,” Tom said. “Then, when the season ended, I’d be like ‘great, let me get into all my other business activities, let me get into my football training,’ and she’s going ‘when are you going to do for things for the house? When are you going to take the kids to school?’ That was a big part of our marriage.” Needless to say, Tom “checked himself” and now treats his wife as the queen that she is.

When did Kanye West’s mom die? – The Sun
World News