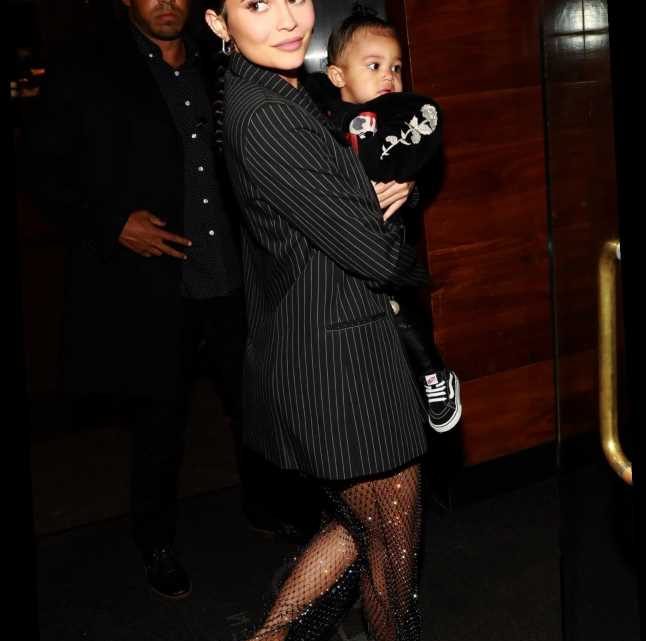 This Video Of Stormi Shushing Kylie Jenner During ‘Frozen’ Is Hilarious

North West might be the reigning sass queen of the KarJenner family, but she better make way for her cousin, Stormi Webster. Kylie Jenner’s daughter is next in line for the throne, it appears, after she totally shut down her mom while they were having a movie night together. The video of Stormi shushing Kylie Jenner during Frozen is sure to make you laugh.

After little Stormi quite literally told her mommy to shush it while they were watching the Disney movie, Jenner was so taken aback she took to Instagram to share the story with her followers. Jenner and Stormi are undeniably one of the sweetest mother-daughter duos out there, but let me tell you, when Stormi shushed her mom, she was not having it.

"So we’re watching Frozen 2 for the first time, and she’s really into it because I just turned to tell her I love her," Kylie explained in her video. "I said, ‘Stormi I love you, you love me?’ And she said, ‘Shhhh, mommy!’ I was in shock. She’s never done that before. You told me to ‘shhh’! She obviously really loves this movie."

You can watch her recount the hilarious moment for yourself below.

As if Jenner wasn’t already having a rough night, Stormi took it one step further when she shoved her feet in her mom’s face. Naturally, Jenner didn’t look pleased.

But it’s a good thing Stormi is so gosh darn cute. Three days earlier, Jenner shared the cutest video of Stormi to her Instagram page, and TBH, the video would make up for all the sassiness in the world. In the clip, Stormi picked up the mic of a karaoke machine and gave her best shot at covering her mom’s famous "Rise and Shine" jingle.

At 3 years old, Stormi already has a larger-than-life personality that shines so bright. But if there’s anything mama Jenner learned here it’s that she does not play when it comes to her Disney flicks. Apparently, little Stormi is the ultimate Frozen fan and has zero interest in chit-chatting when it comes on.

Kate Middleton prepares food for locals in a cafe in Aberdeen