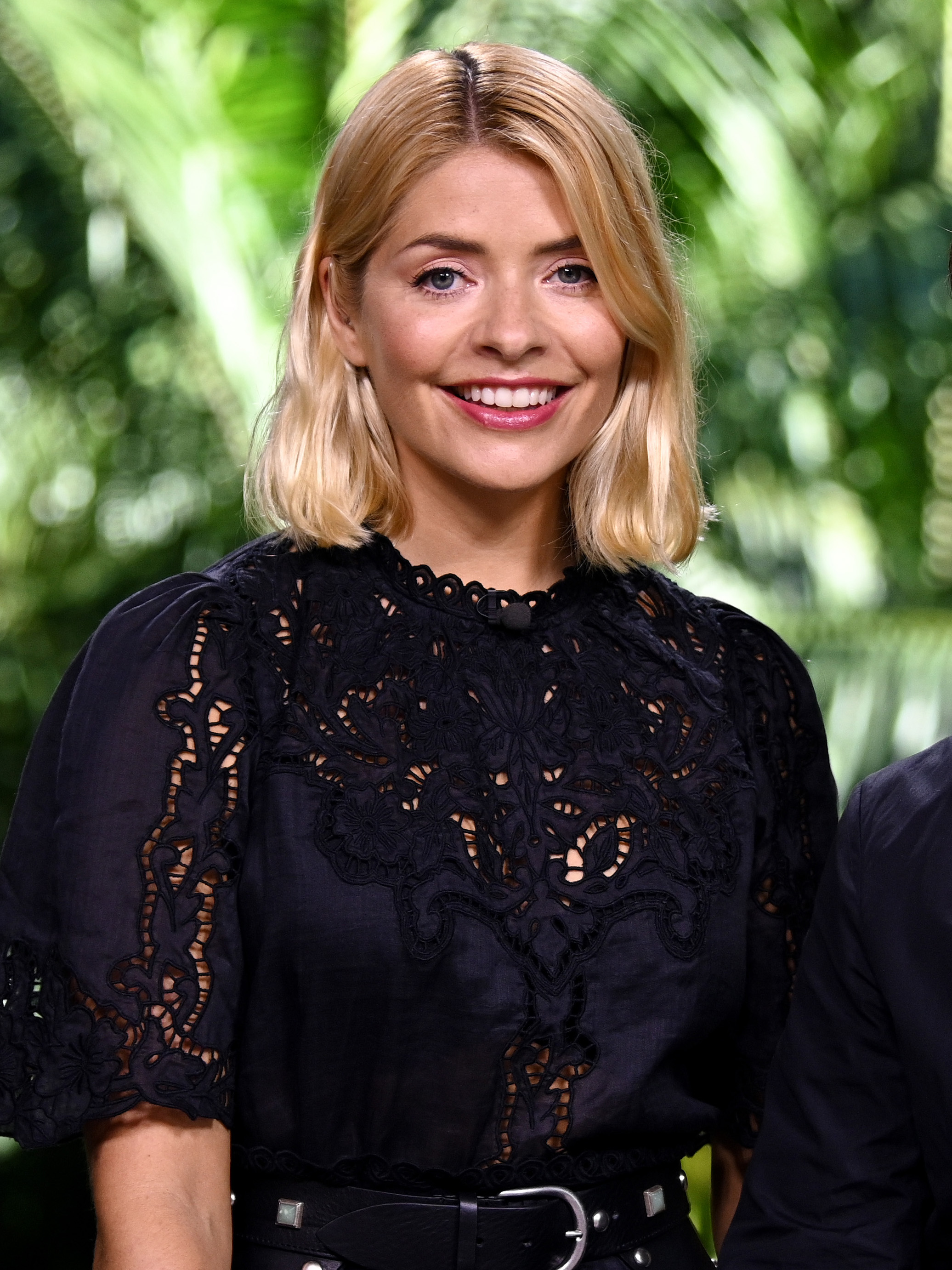 She’s been a constant supply of relatable sequels, creepy crawly induced freak-outs and major LOL’s. Yup, it’s I’m A Celebrity… Get Me Out Of Here!’s Holly Willoughby!

Having jetted Down Under to join Declan Donnelly on the hit show, stepping in for Ant McPartlin amid his time away from the spotlight, Holly has won over her huge audience.

More: I’m A Celebrity 2018: Holly Willoughby flooded with praise from Jungle viewers after sharing rare snap of her brood

In fact, with countless viewers calling for her to make a return onto the show as a contestant next year, it’s fair to say the mother-of-three was a huge Jungle hit!

However, this didn’t stop Holly from reaching out to her on-screen BFFL Phillip Schofield – making an early This Morning cameo ahead of her return to the sofa during the I’m A Celebrity wrap party!

Holly clutched at a Margarita as she appeared via live link in the London studios today, chatting with Phillip and her temporary cover, the lovely Rochelle Humes.

Holly admitted she was enjoying some after dark activities – finally being able to break her strict 5:30pm bedtime curfew.

Following the best-loved TV presenter’s brief return to This Morning, countless viewers have shared their delight on social media.

‘Holly live from Australia on this morning is my favourite thing,’ shared one.

Agreeing, another added: ‘I am living for Holly’s interview with Phil and Rochelle in between the wrap party.’

‘Holly Willoughby’s tipsy video call to This Morning standing outside the I’m a Celebrity wrap party with a Jungle Is Massive hair clip in her hair and a glass of margarita,’ posted a third.

It’s fair to say that Phil is looking forward to Holly’s return, having shared a sweet message for her online…

‘That’s it!! @hollywills you have been AMAZING!!!  now .. you’re a celebrity, get yourself out of there, I’ve got the margarita’s on ice. safe flight home x,’ he posted.

We’ll be glad to have you back, Mrs Willoughby!