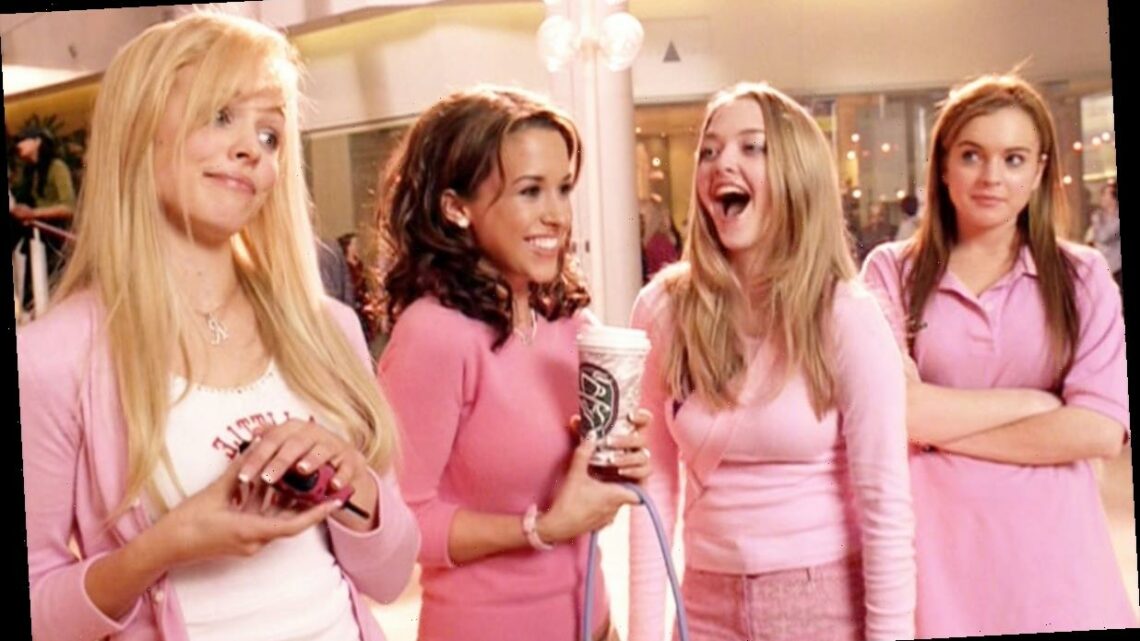 There’s a lot to celebrate as summer turns into fall each year — it’s cold enough to wear jeans and jackets again, pumpkin spice lattes are back, and Halloween is just around the corner — but for pop culture obsessives, the beginning of October marks an annual opportunity to sing the praises of Mean Girls. The cult teen movie has cemented itself as one of the most quotable movies ever, and this year, the cast gave fans the ultimate treat. For Oct. 3, the Mean Girls cast made a reunion video on Instagram to reveal some new details about making the comedy classic.

Tina Fey first announced the possibility of a full Mean Girls cast reunion on Friday, Oct. 2, stating the reunion would happen if 5,000 fans took voting action within the day by either verifying their voter registration, requesting a mail-in ballot, or volunteering as a poll worker. The effort was carried out in partnership with HeadCount and #GoodToVote. Luckily, the Mean Girls fans met the requirements, and Fey dropped the cast reunion on Oct. 3. Of course, as fans know, Oct. 3 has become known as Mean Girls Day thanks to a comically brief exchange between Cady Heron and Aaron Samuels in the movie, so it was the perfect date for the cast to get together and reflect on the 2004 hit film.

While the movie’s cast has reconnected in small subsets over the years, Lindsay Lohan said the Zoom reunion was the first time they had all began together since the Mean Girls premiere over a decade and a half ago. The discussion was moderated by Katie Couric, who dressed up as Mrs. George as a shoutout to the absent Amy Poehler. You can watch the full reunion video on Couric’s Instagram account.

The reunion lasted a little over 15 minutes, which was enough time for each cast member to go into detail about their roles. Lohan spoke about how she initially wanted to play Regina George, but wound up relating to Cady after reading the script. Rachel McAdams talked about how playing Regina was the chance to relive high school as someone totally opposite of herself. One of the more mysterious bits of gossip was Jonathan Bennett talking about how he was brought in to play Aaron at the last minute, with Fey confirming another actor had been fired. This anecdote has been mentioned in the past, but it’s still anyone’s guess who that original Aaron Samuels actor could have been.

Fey also told the stories behind some of the movie’s most memorable lines. She shared how she came up with Gretchen’s not-so-catchy slang word, "fetch," revealing it was created as a shortened form of "fetching." She also said Jason’s "is your muffin buttered" question to Cady at the start of the movie was supposed to be "is your cherry popped," but she had to rewrite it in order for the movie to get a PG-13 rating.

Of course, what every fan really wants to know is if the cast would be down for an official sequel, and it sounded like everyone was on board with revisiting their characters for a follow-up movie. While that sequel is still a question mark, at least fans can look forward to the upcoming movie adaptation of the Mean Girls Broadway musical, which is in the works currently. Basically, fans will have plenty to celebrate on Oct. 3 for years to come.