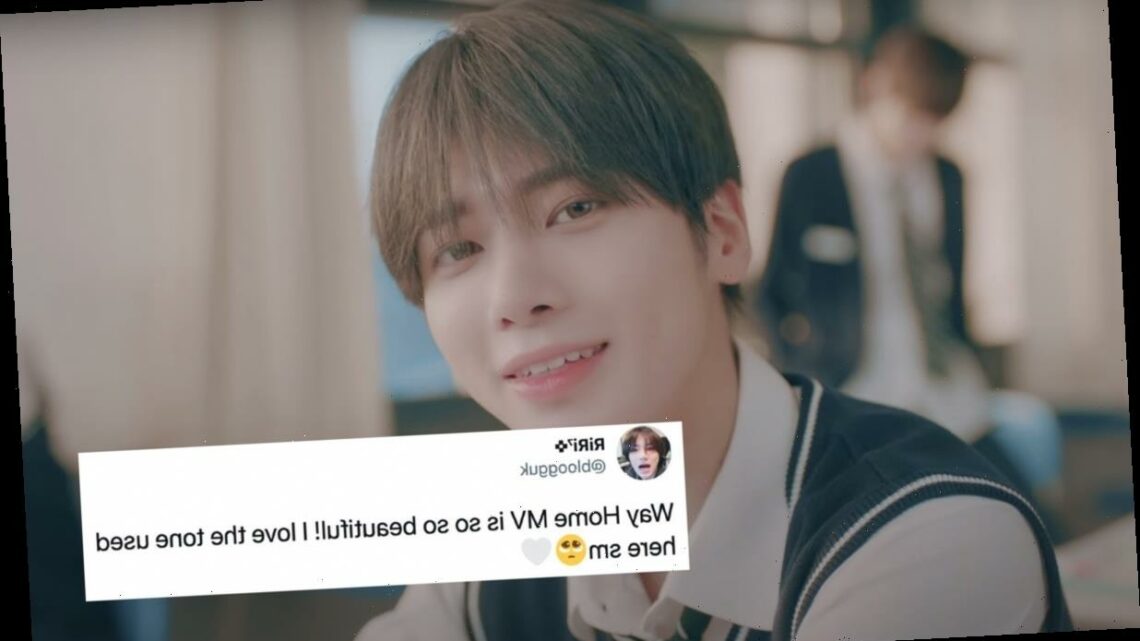 TXT isn’t done with their Minisode1: Blue Hour era just yet. Four months after dropping the EP in October 2020, the guys are now officially giving their fan-favorite track "Way Home" the music video treatment. The group dropped the visual just in time for Valentine’s Day on Saturday, Feb. 13. Fans agree they couldn’t have gotten a better gift, and these tweets about TXT’s "Way Home" music video confirm it’s everything they’d hoped it would be and more.

Just like the rest of the songs on Minisode1: Blue Hour, "Way Home" was inspired by TXT’s experience during the coronavirus pandemic. While "Blue Hour" and "Wishlist" are about appreciating the little moments in life, and "Ghosting" and "We Lost The Summer" are about feeling alone during quarantine, "Way Home" is about trying to adjust to a new normal. "A long shadow next to me/ Woah oh oh/ I’m not used to it, alone/ Woah oh oh/ Even the empty crossroads seem like a mirage for some reason," the group sings on the track.

In an October 2020 interview with Teen Vogue, Yeonjun explained the song’s metaphor of walking alone on an unfamiliar path represents the "uncertainties we may feel" during this difficult time. Even though they haven’t been able to see their fans due to the pandemic, TXT promises MOAs their bond with them will never be broken. "I make a wish upon the sky/ That we could remember each other forever/ Until we can call each other’s names/ We run together forever," TXT sings in the song’s outro.

TXT’s "Way Home" music video translates this message by channeling nostalgia, as the quintet play school boys. The group spends most of the video daydreaming in a classroom, before ultimately walking out the school’s doors together. Combined with the song lyrics, the visuals send a hopeful message the band and their fans can find each other like old friends after the pandemic. The video clearly had its intended effect, and fans soon took to Twitter to swoon over TXT’s Valentine’s Day present for them.

Honestly, the whole video is a sweet love letter to TXT’s loyal fanbase, with a significant focus placed on each member delivering meaningful eye contact with the camera in order to help build that connection even more. It may have only just been released, but the video is sure to go down as a fan-favorite among all TXT stans.