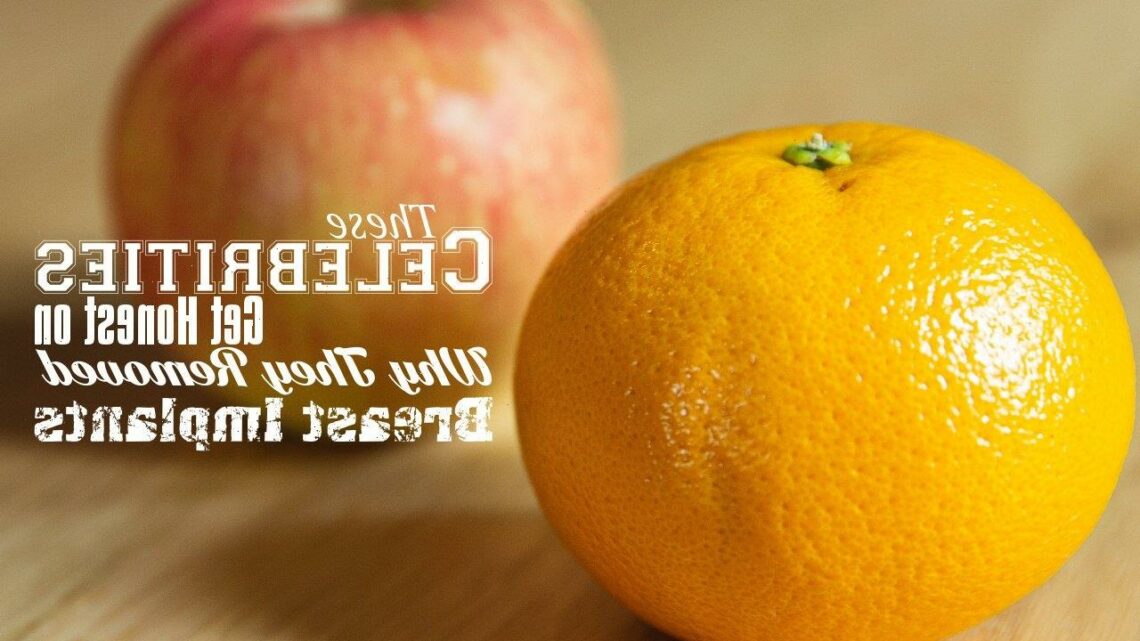 These Celebrities Get Honest on Why They Removed Breast Implants

While some celebrities simply think that it’s time to let the implant go, some others have no other choice because of malposition or breast implant illness.

AceShowbiz -Breast implants are popular among Hollywood’s A-listers as it’s believed to be able to boost confidence. However, some of them eventually decided to get rid of the implants for various reasons, including health issues that the implants caused.

Some stars who got candid about undergoing breast implant removal surgery were also not afraid to reveal the honest reason of their decision. While some simply thought that it was time to let the implant go, some others had no other choice because of malposition or breast implant illness.

Find out the celebrities who got candid on why they removed breast implants. 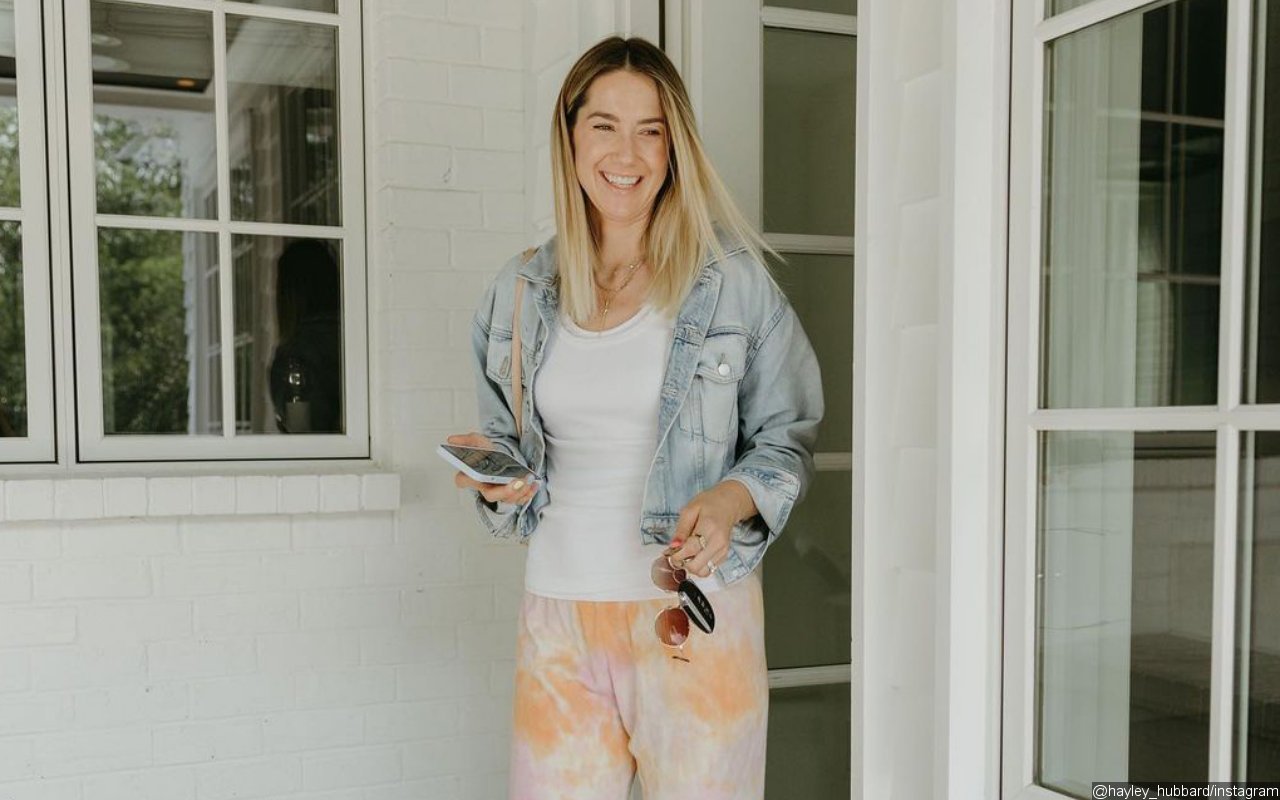 Hayley Hubbard is among stars who decided to bid farewell to breast implants. The “Meaning Full Living” podcast host got her breast implants removed in February and got candid about it a month later in an Instagram Story. She revealed that she was afraid of getting possible breast implant illness because hers were a “gummy bear silicone” material.

“I don’t know that I was feeling badly. I’ve been pregnant for three years, so it could’ve been a number of things,” she told her viewers. “But, just the anxiety of having them in my body was not worth it, and I just kind of wanted a more natural look.” 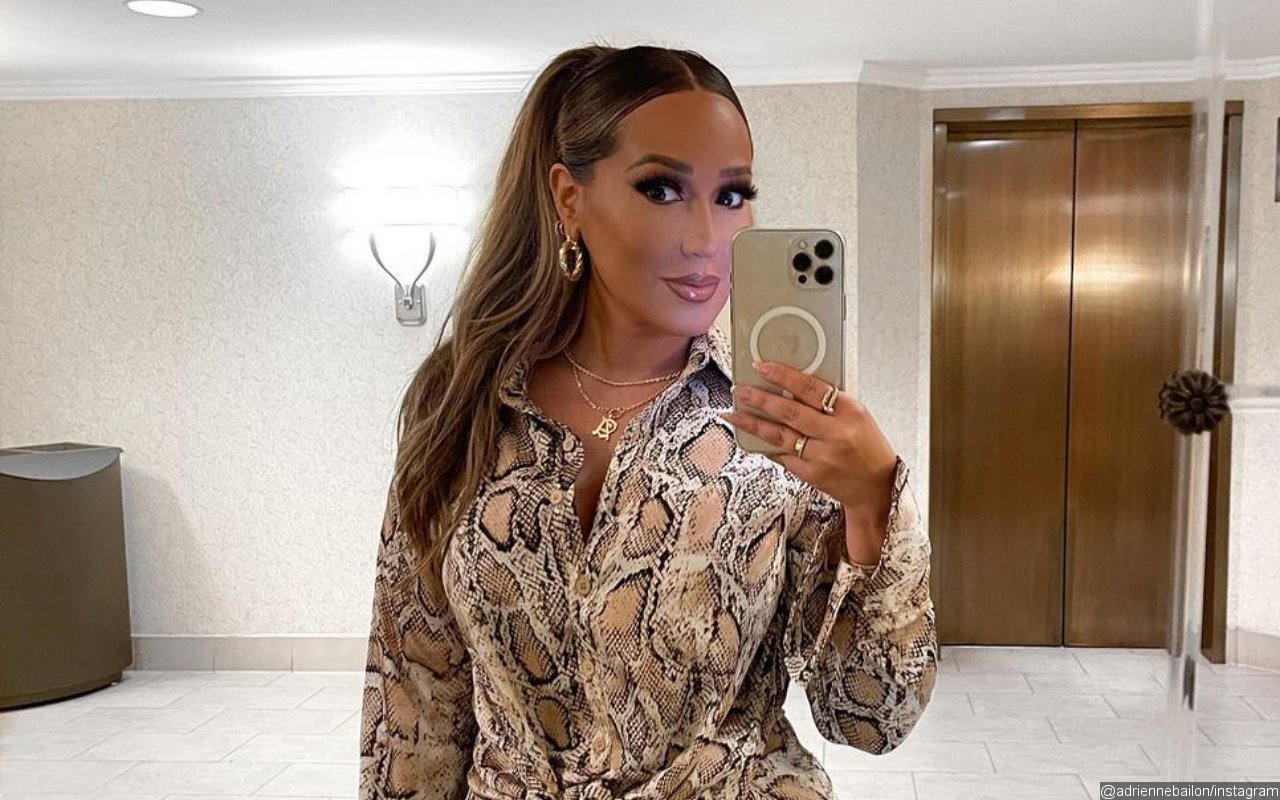 Also getting rid of her breast implants is Adrienne Bailon. The singer shared about undergoing a breast implant removal in an episode of “The Real” in August 2013. The former The Cheetah Girls singer said in the outing, “Let me go up the ante and get my sexy on. I just turned 18 so you know when you turn 18 and I had been like a little girl group for such a long time, you want to feel sexy and womanly and maybe I’ll get bigger boobs. So I did. At 19 years old I went and got breast implants and I went from one insecurity to another insecurity.”

The former Disney star, however, didn’t quite like that she had double DD size breasts. “I got my breast implants taken out because I looked crazy,” she explained. “The insecurity was like ‘I don’t have big breasts’ to ‘Now everyone is looking at my breasts’ and I was more embarrassed that people knew I was so insecure that I went and got breast implants [in the first place].” 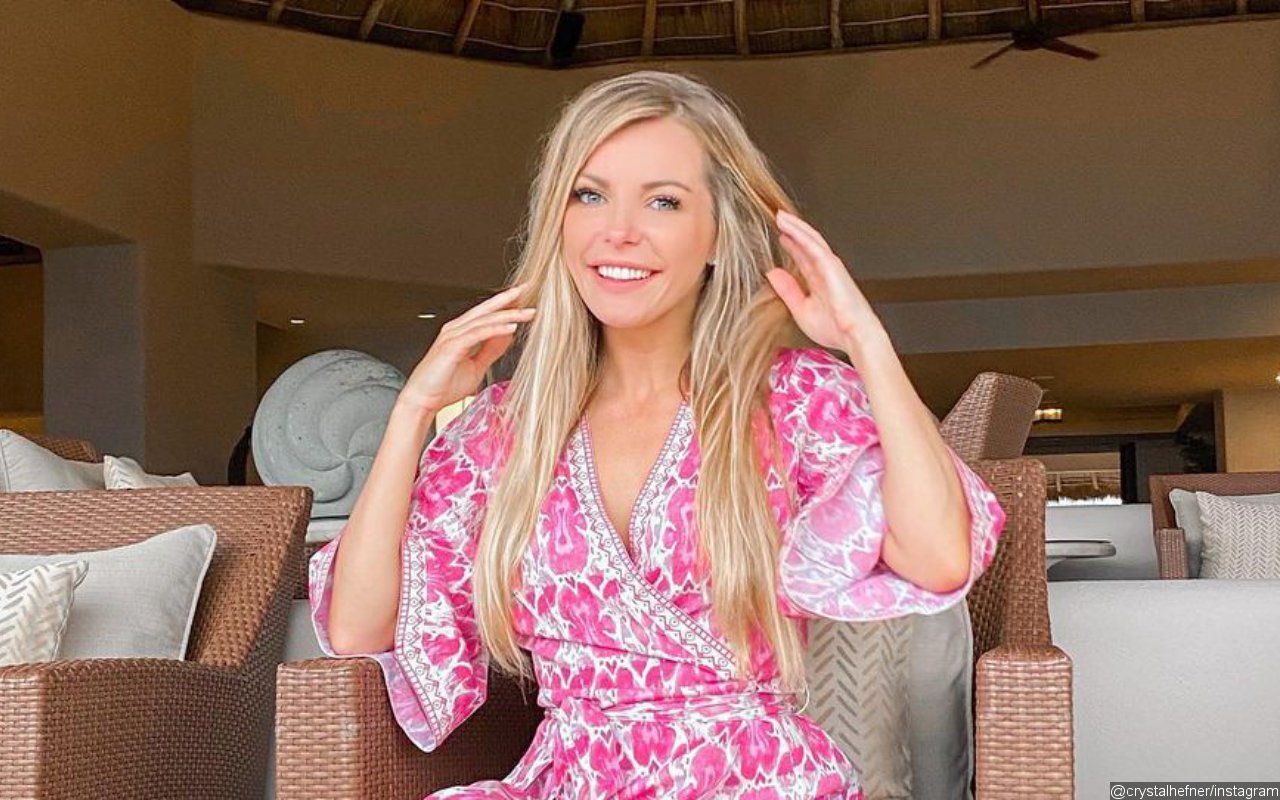 Crystal Harris a.k.a. Crystal Hefner opened up about getting her breast implants removed in July 2016. She took to her Facebook page to share about how her “breast implants slowly poisoned” her. In a lengthy post, the former Playboy model shared that the breast implants caused her “intolerance to foods and beverages, unexplained back pain, constant neck and shoulder pain, cognitive dysfunction (brain fog, memory loss), stunted hair growth, incapacitating fatigue, burning bladder pain, low immunity, recurring infections and problems with my thyroid and adrenals.”

“After I was diagnosed with Lyme disease and toxic mold, I posted about it on social media. I began to receive comments saying that my symptoms resembled ‘Breast Implant Illness,’ ” she went on to pen. “Many of my friends have implants. I worry for their health and hope that they, and everyone, can benefit from what I have experienced.” 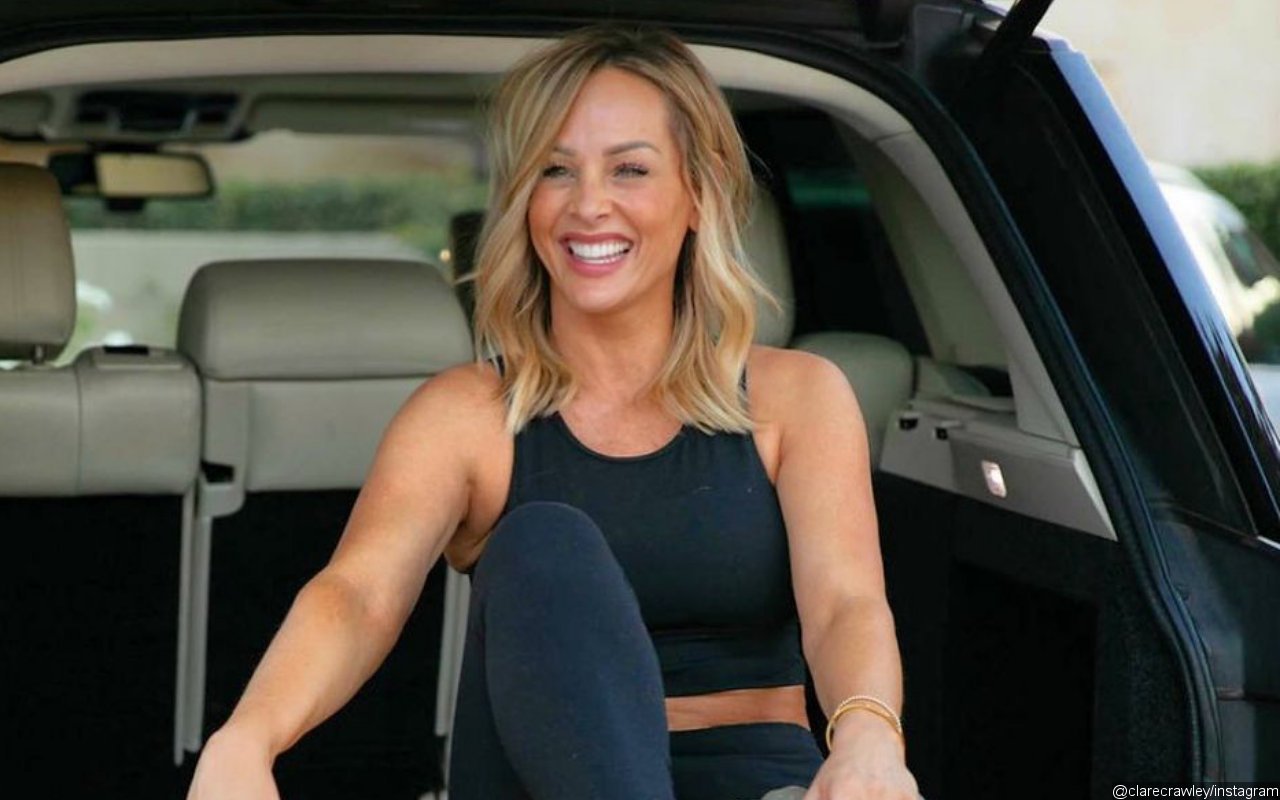 “The Bachelorette” alum Clare Crawley removed her breast implants as she’s been facing health issues because of it. “I’m sharing this in hopes that it might help others going through something similar feel not so alone,” the 40-year-old penned in July on Instagram. “My skin has been having really bad hives and rash. My whole body is just inflamed and itchy. I’ve had blood test after blood test. That is not my only symptom.”

“My body is fighting [my implants]. My body can’t heal. My body is in fight mode constantly. It’s all making sense,” she shared. The TV star went on to note that she loved her health and wellbeing more than her appearance, thus the decision to remove her breast implants. 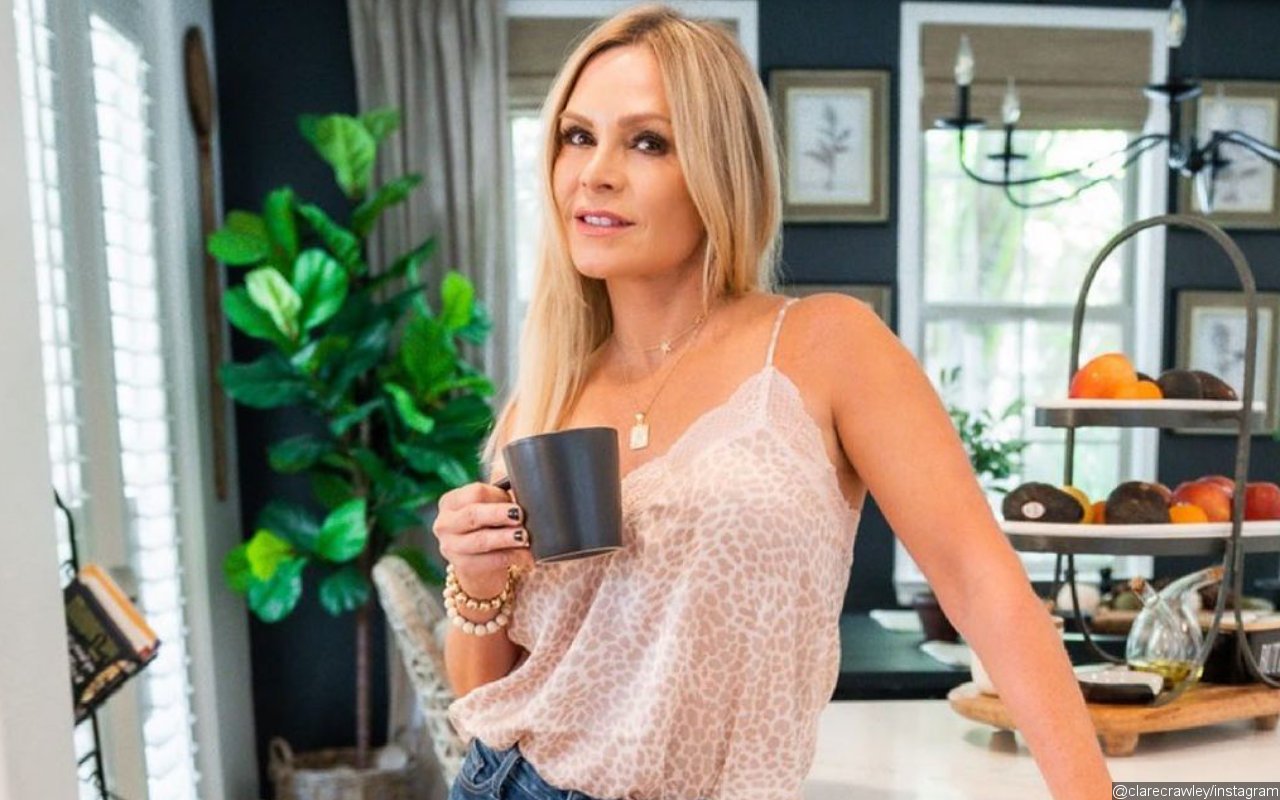 Tamra Judge also had to remove her breast implant because of health issues. The former “The Real Housewives of Orange County” star revealed in June that she decided to get her breast implants removed due to “autoimmune issues.” In response to a fan who asked her if she would still get them removed if she never had health issues, Tamra shared that she would most likely do it “over having large breasts that seem to get bigger with age.”

A month later, Tamra updated fans following the surgery. She said that she’s “feeling tired & a little sore as expected” and she was focusing on “happy thoughts.” She said, “I’m hoping I will continue to see health improvements as the weeks go on.” 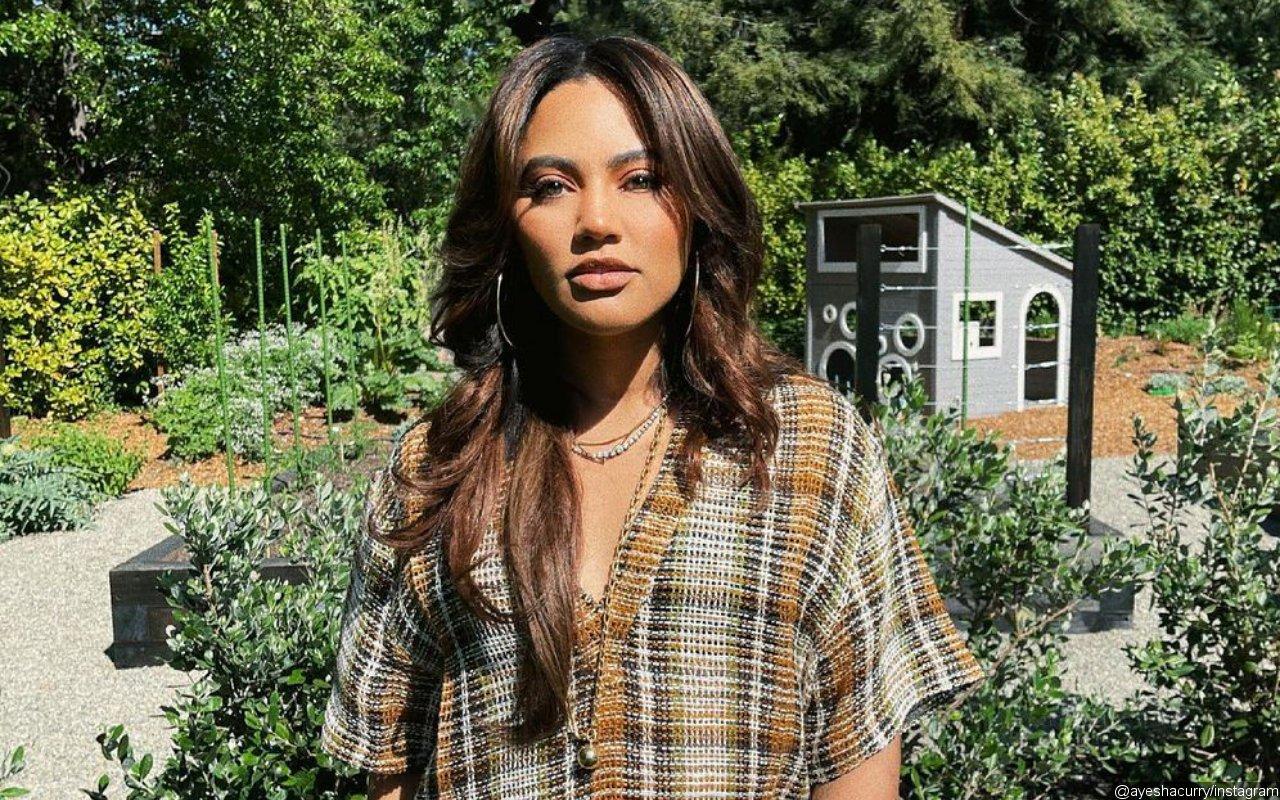 Ayesha Curry seemingly thought getting a breast implant removal surgery is the best decision. In response to Chrissy Teigen‘s May 2020 announcement that she went through the surgery, Ayesha said that she did the procedure in 2019. “Life-changing, you’re gonna love it. I got mine out last year.”

As for the reason, the wife of NBA star Stephen Curry didn’t offer a detailed explanation. She simply wrote, “They were making me so sick.” 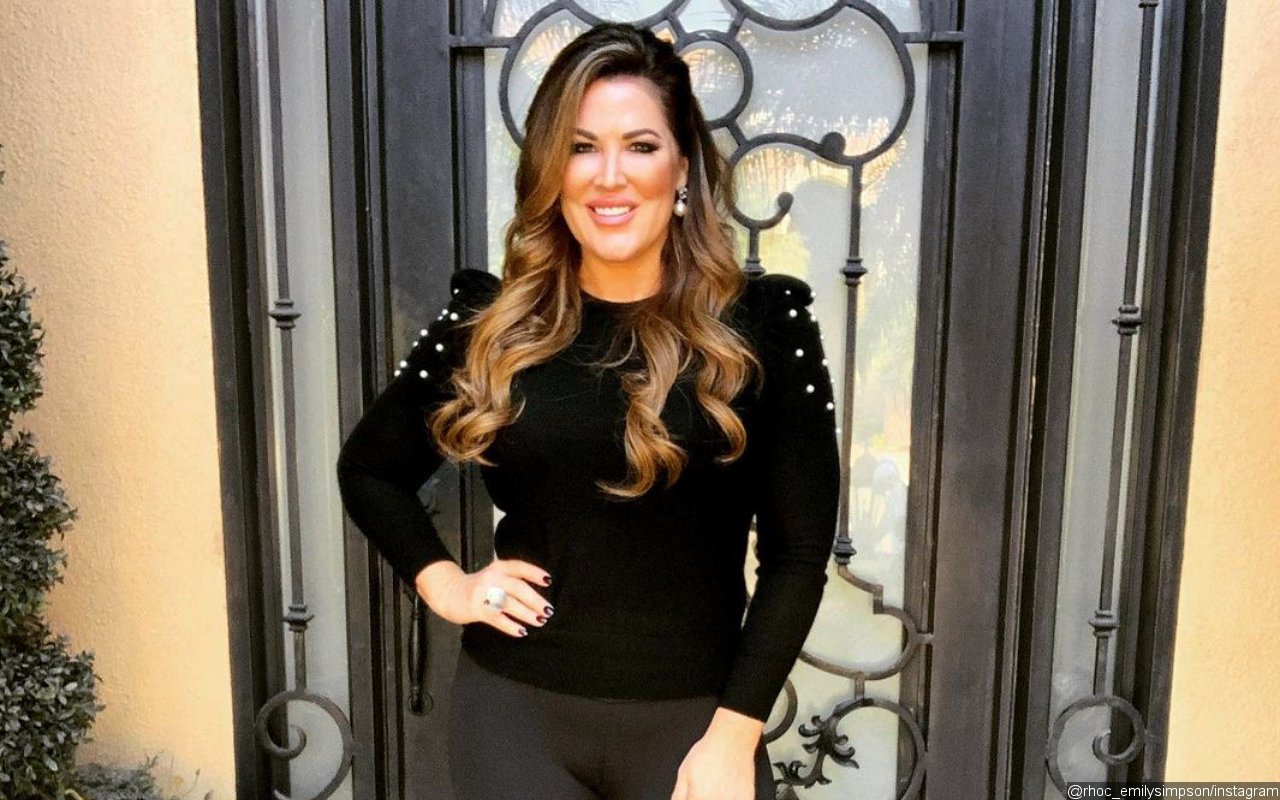 Emily Simpson got honest about her plan to get her implants removed in August 2020. “Also along with this whole health journey, I’m also having my breast implants removed on Monday,” Emily revealed on “The Real Housewives of Orange County“. “I’m kind of excited about that too.”

See further explained, “I read a lot about breast implant illness, like joint pain and a lot of things that people have are connected to having silicone implants,” Emily said, adding that her “arthritis has gotten really bad over the last couple of years.” She continued, “I’m not a doctor, I don’t know if the two correlate. But I just thought to air on the side of safety and just to have them removed so that’s what I’m gonna do.” 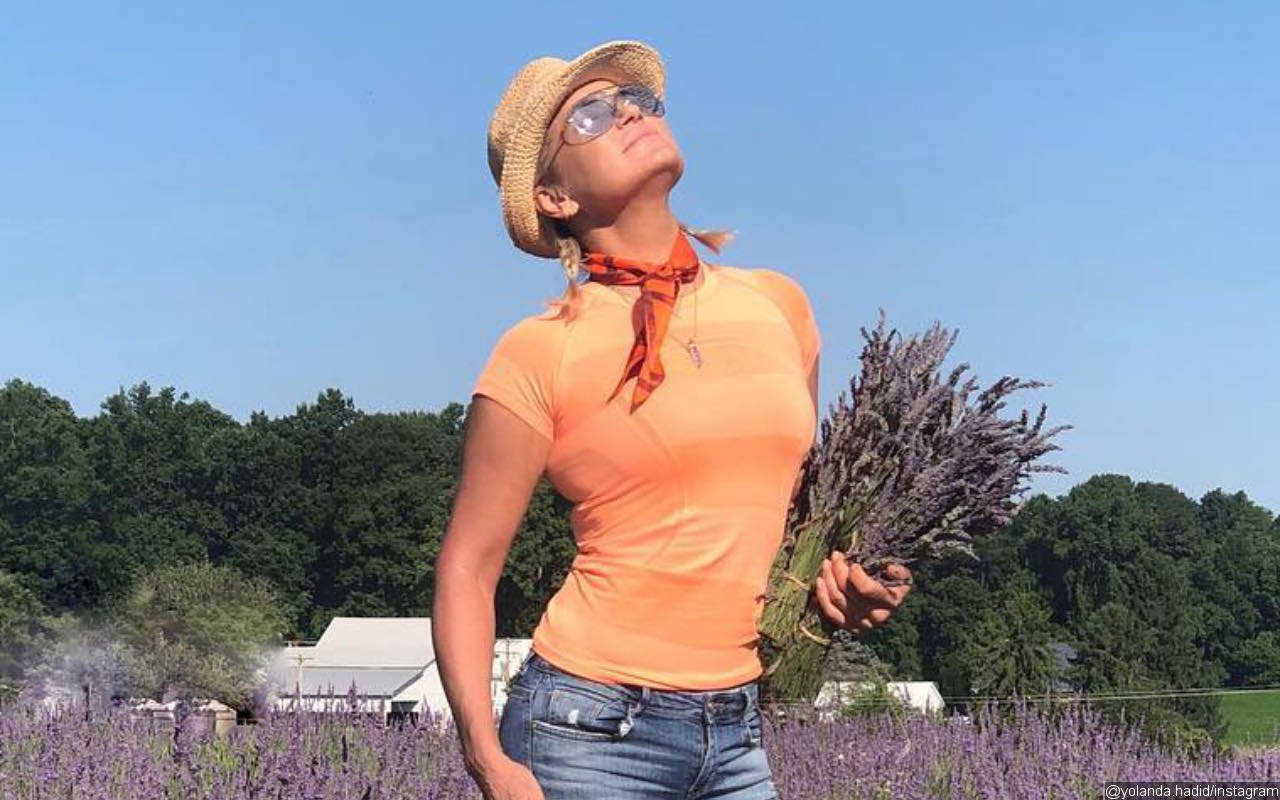 Yolanda Hadid admitted that she shared her journey of getting her breast implants removed in a 2016 episode of “The Real Housewives of Beverly Hills“. She revealed that she made the decision because of her fight against Lyme Disease.

The “Making a Model” host revealed that she discovered that silicone from the implants was floating around her body. That could potentially harm her body even more. 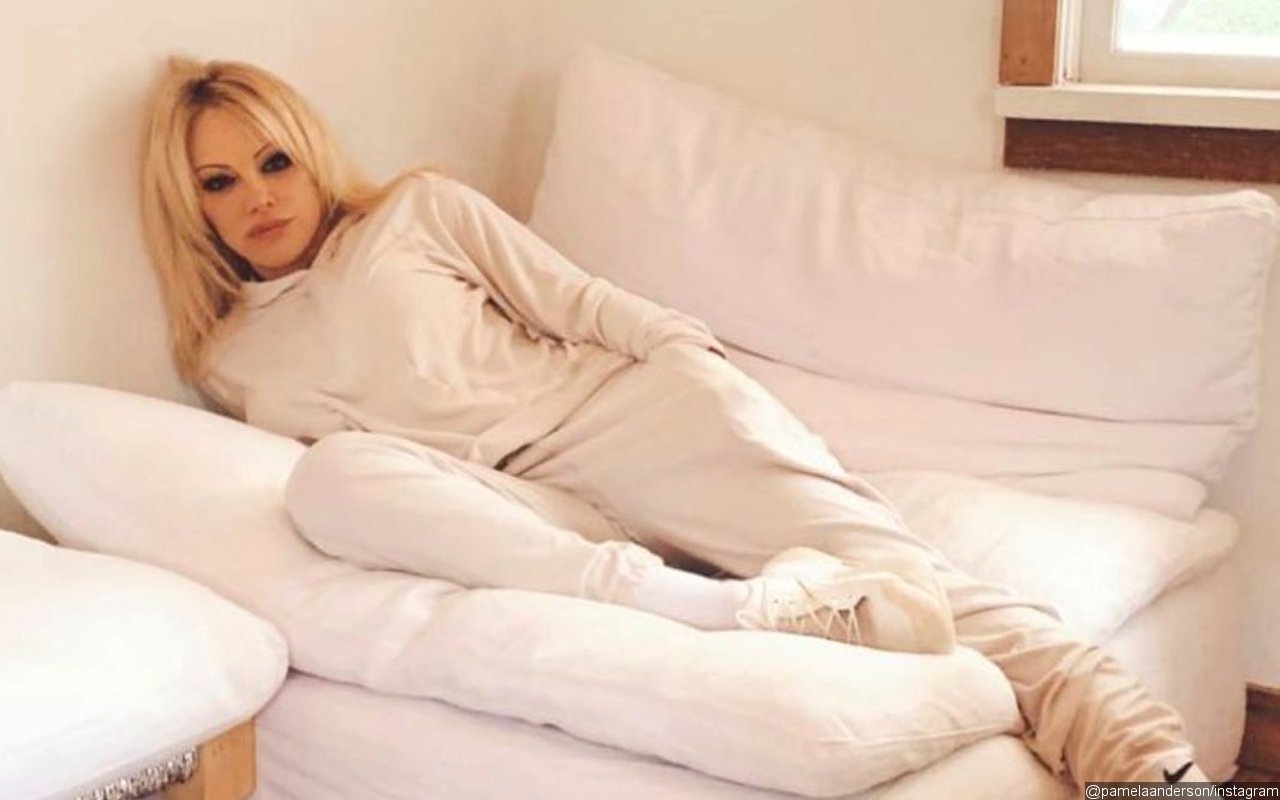 “Just having these large breasts was, it just didn’t feel right anymore. I just didn’t feel like it looked very good. I was really kind of being self-conscious of it,” she told Entertainment Tonight. “There were no medical problems,” she added, though she shared that one of them was found to have a leak in it. 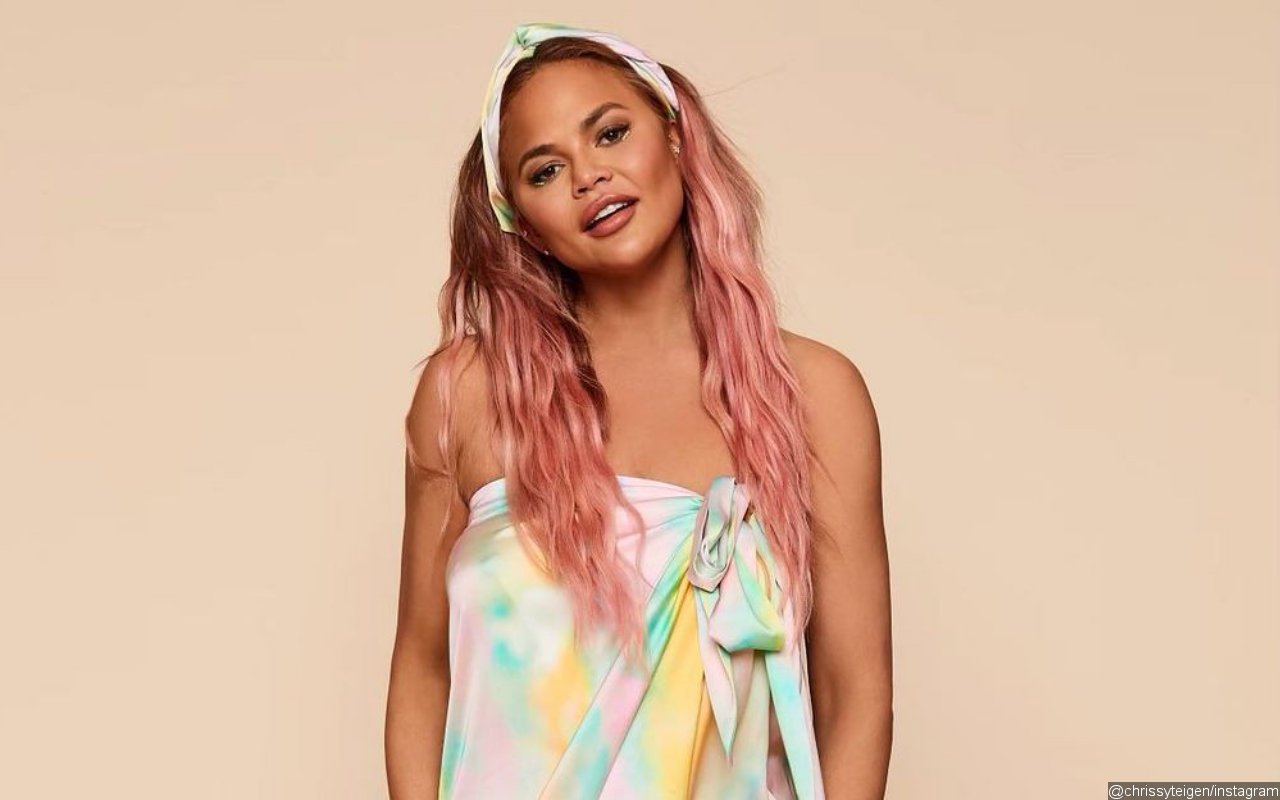 In May 2020, Chrissy opened up about her decision to remove her breast implants in an Instagram post. “Hi hi! So I posted myself getting a covid test on the twitter, as I’m getting surgery soon. A lot of people are understandably curious (and nosey!) so I’ll just say it here: I’m getting my boobs out! They’ve been great to me for many years but I’m just over it,” she revealed.

“I’d like to be able to zip a dress in my size, lay on my belly with pure comfort! No biggie! So don’t worry about me! All good. I’ll still have boobs, they’ll just be pure fat. Which is all a tit is in the first place. A dumb, miraculous bag of fat,” the wife of John Legend added.

Trigger-happy street gangs responsible for nearly a third of all NYC shootings: NYPD

Justin Timberlake shares tribute after back up singer dies: 'Some things feel so unfair'
World News