Home » Celebrities » The Walking Dead: Canceled … with a Spinoff Twist! 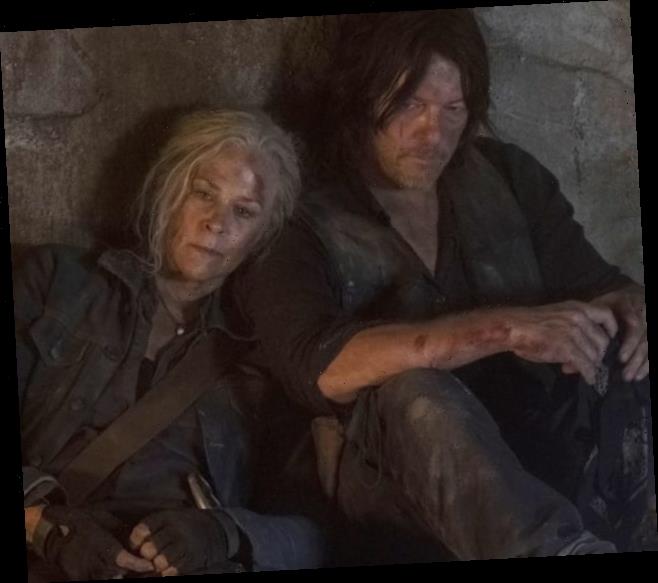 The Walking Dead: Canceled … with a Spinoff Twist!

First, they came for Keeping Up with the Kardashians.

And we said a lot because we were shocked.

Now, the cancelation gods have also come for The Walking Dead and, well… it’s about time, isn’t it?

The beloved drama will conclude in 2022 with an expanded 11th season, AMC announced on Wednesday, explaining how the first dozen episodes of this concluding run will air in 2021.

And the final 12 installment will air the following year.

So it will be a very slow goodbye, that much is for certain.

And it won’t even be a complete goodbye, the network added, using this same press release to promote a pair of planned spinoffs.

Created by The Walking Dead showrunner Angela Kang and chief content officer Scott M. Gimple, the untitled series will premiere in 2023, by which time perhaps the co-stars will be able to stand within six feet of each other.

The second spinoff will be titled Tales of The Walking Dead.

This one is being billed as an episodic anthology … with individual episodes that center on new or existing characters, backstories or other stand-alone experiences.

Said Gimple in a lengthy statement:

It’s been ten years ‘gone bye;’ what lies ahead are two more to come and stories and stories to tell beyond that.

What’s clear is that this show has been about the living, made by a passionate cast, team of writer/producers, producers, and crew, bringing to life the vision put forth by Robert Kirkman in his brilliant comic — and supported by the best fans in the world.

We have a lot of thrilling story left to tell on TWD, and then, this end will be a beginning of more Walking Dead — brand new stories and characters, familiar faces and places, new voices, and new mythologies.

This will be a grand finale that will lead to new premieres. Evolution is upon us. ‘The Walking Dead’ lives.

But star Rick Grimes left early in Season 9 (and will one day star in a Walking Dead movie) and ratings have been on the decline for years.

That said, the series will has plenty of stories to tell.

Once you include the remaining Season 10 episodes — which premiere in October — and add them to the 24 Season 11 episodes on tap, there will be 31 more installments of The Walking Dead until it’s finally over.

Said Kang in her own statement today:

I look forward to digging in with our brilliant writers, producers, directors, cast and crew to bring this epic final chapter of Robert Kirkman’s story to life for our fans over the next two years.

The Walking Dead flagship series has been my creative home for a decade and so it’s bittersweet to bring it to an end.

But I could not be more excited to be working with Scott Gimple and AMC to develop a new series for Daryl and Carol.

Working with Norman Reedus and Melissa McBride has been a highlight of my career and I’m thrilled that we get to keep telling stories together.

Reedus is also pretty psyched for what’s next.

“I feel incredibly honored to be a part of The Walking Dead.

“This show changed my life and career and everyone involved has truly been a family for me over the last decade,” he said.

“I’m thankful for AMC’s love and support and know there’s so much more story to tell and so much more to bring the best fans in the world. Daryl’s relationship with Carol has always been my favorite relationship on the show (sorry Rick).

‘I love the way these characters interact and relate to each other on so many levels and can’t wait to see where their ride goes from here.”

The Walking Dead premiered in 2010.

Moreover, it has already spawned two spinoffs: Fear the Walking Dead, which kicks off its sixth season next month, and the forthcoming The Walking Dead: The World Beyond.

This is what Adam Lambert’s tattoos actually mean

FX Boss John Landgraf: 'I Don't Know How to Do a Cop Show at the Moment'
World News