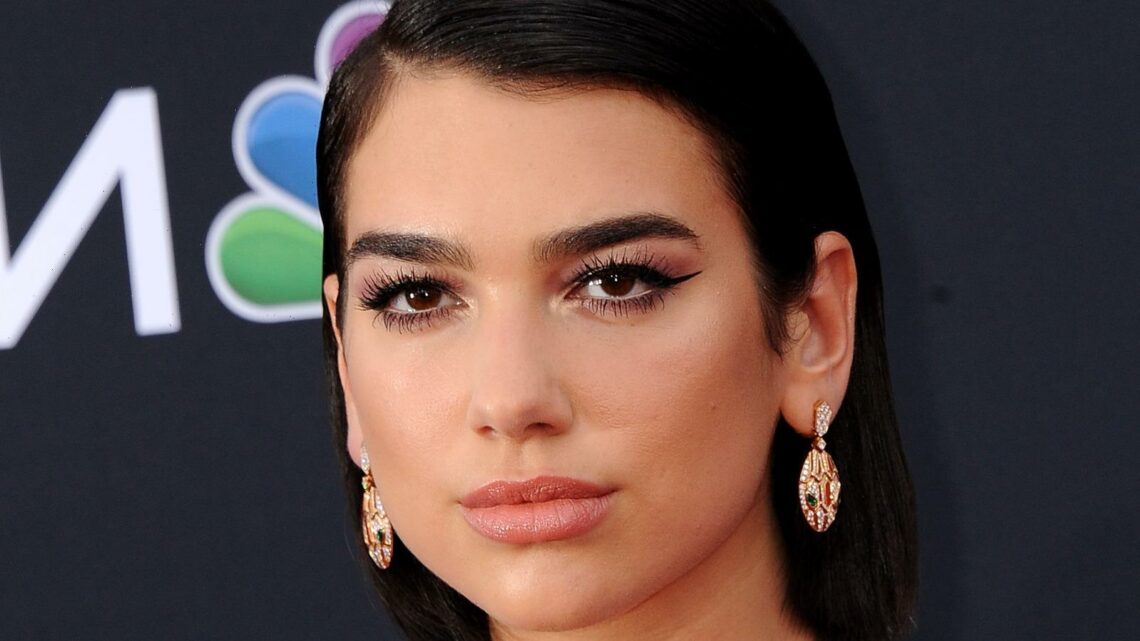 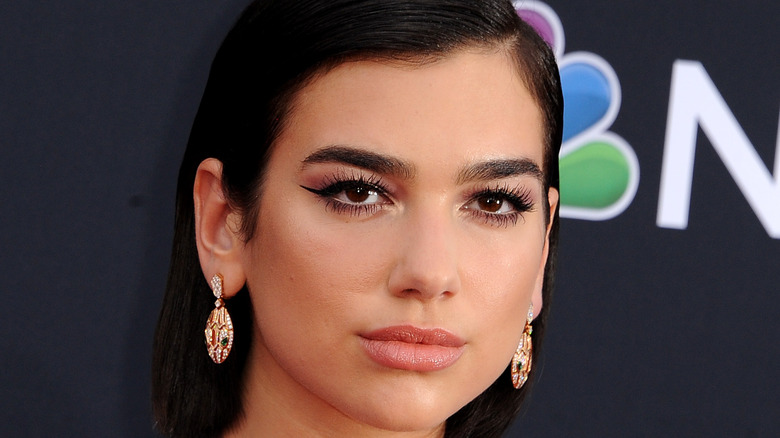 Pop star Dua Lipa and model Anwar Hadid, brother of Bella Hadid and Gigi Hadid, were first linked as a couple back in June 2019, when she was photographed attending his star-studded birthday party. As Elle notes, they kept things private before going triumphantly Instagram official in August of that same year, thereby kicking off months of red carpets and PDA-filled outings.

Lipa and Anwar seem pretty well suited, and even quarantined together in London during the COVID-19 necessitated lockdown.

The couple frequently gushes about each other on social media, even sharing matching Valentine’s Day posts in honor of their relationship in 2021. Anwar wrote, per Elle, “thankful for ya girl wonder,” to which his lady responded, “I love you.” She also shared her own post about the model being “THE ONE 4 MY [red heart emoji].” Eagle-eyed fans spied a comment from his sister, Bella, however, describing the duo as  “My shnoopilooples,” suggesting an inside joke, which would make the foursome is closer than we realize.

Dua is super close with the Hadid family 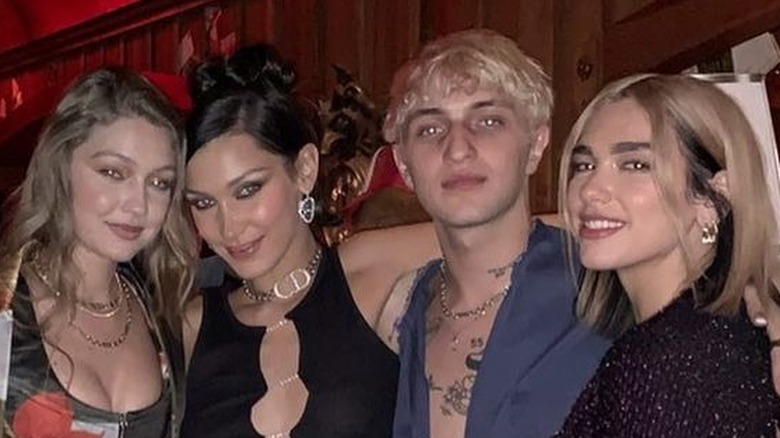 As Cheat Sheet notes, Anwar Hadid is the younger brother of supermodel sisters Bella Hadid and Gigi Hadid, meaning they’re some of the most gorgeous kids in Hollywood.

Anwar has worked for several big-name designers including Versace, as well as gracing the covers of magazines like Vogue. In October 2019, Dua Lipa joined all the Hadid’s to celebrate Bella’s 23rd birthday with a massive New York City party, as per Harpers Bazaar. She and Bella were spotted smiling in several photos from the day. A source shared with E! News at the time, “Dua is very close with the whole Hadid family. She has spent a lot of time with them over the last few months and they have really welcomed her with open arms.” Anwar’s mother, “Real Housewives of Beverly Hills” alum Yolanda Hadid, is reportedly thrilled to see her son so happy with the pop star.

The insider added, “Bella and Gigi Hadid always invite her to stuff too. They are very friendly with her and love when they can all get together.” A second source confirmed that Lipa fits right in with the extended family, with everybody reportedly in constant contact.

“I’m very comfortable in the relationship, more so than any others,” the “Physical” hit-maker gushed to Rolling Stone in an interview, during which she detailed how much fun it was helping out on the Hadid family farm. Lipa even expressed a desire to get better at horse-riding, which is something both Bella and Gigi are passionate about.