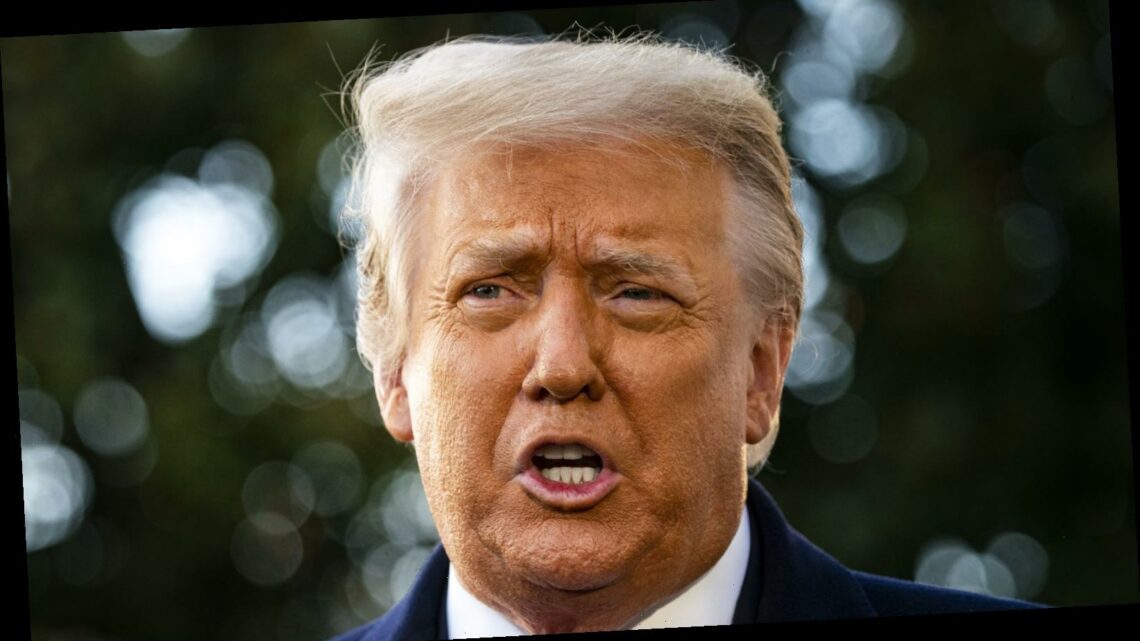 The Truth About Donald Trump’s Relationship With Kevin McCarthy

In the weeks following the Jan. 6, 2021 insurrectionist riots at the Capitol Hill and those leading up to Donald Trump’s impeachment trial, it’s become even more and more evident to the American public that tensions between those who had once been considered die-hard Trump loyalists and Trump himself have reached a critical boiling point. While some of them have continued to stick by the former president — who has become the only U.S. leader in history to be impeached twice, and the first to face impeachment after leaving office — others of the rank and file have begun to break, some slowly and some with a furious thunder. Now, it looks like Republican House Minority Leader Kevin McCarthy has opted for the latter — to a point.

On Feb. 12, 2021, CNN reported details of a phone call made between McCarthy and Trump during the Jan. 6 riots, in which right-wing MAGA devotees and extremists, many of whom were also associated with white supremacist groups, stormed the Capitol Building with the intention of wreaking destruction and physically harming or executing members of Congress and Vice President Mike Pence. Snippets of the conversation were told to CNN by Representative Jaime Herrera Beutler, who discussed the call with McCarthy, and sources close to both politicians.

Kevin McCarthy told Trump the rioters were his people

According to CNN, the phone call between Representative Kevin McCarthy and then-President Donald Trump during the violent insurrection at the Capitol on Jan. 6. 2021 was heavily characterized by one thing: Trump’s overt support of the goings-on within the Capitol Building, which left five dead, four of them insurrectionists and one of them a police officer. As CNN’s source related to the media outlet, Trump’s focus allegedly continued to center on his own unsupported and widely condemned claims of voter fraud.

“Well, Kevin, I guess these people are more upset about the election than you are,” Trump told the Republican party leader (pictured above behind Trump) at the time, which, per CNN, infuriated the congressman. In response, McCarthy purportedly exclaimed, “Who the f**k do you think you are talking to?” McCarthy continued to assert that all present within the Capitol Building who belonged to the mob were diehard Trump supporters (and many within the mob did attend a rally Trump held at the Capitol shortly before the insurrection began). Per CNN, it is unclear whether Trump denied that they were.

Washington Representative Jaime Herrera Butler, who disclosed to CNN the details of the phone conversation, called upon others to come forward with corroboration. “To the patriots who were standing next to the former president as these conversations were happening… if you have something to add… now would be the time,” she said, per The New York Times.

The details CNN revealed in their February 2021 are somewhat shocking, not only for the explosive nature of Republican House Minority Leader Kevin McCarthy’s expletive-filled response or Donald Trump’s lack of concern or remorse for the goings-on at the Capitol at the time of the phone call, but because of the almost unforeseen, heightened conflict and the ensuing rift the phone call served to facilitate. As Politico reported in 2017, McCarthy was previously seen as one of Trump’s key yes men during the Trump administration, with McCarthy, per Politico, speaking to Trump multiple times a week on the phone; Trump went as far as to give McCarthy his own affectionate nickname, referring to him as “my Kevin.”

In 2018, The Washington Post went as far as to call the lawmaker Trump’s “fixer” in the House, defending Trump publicly after numerous instances of Trump lashing out against Democratic legislators. The Post specifically noted how McCarthy clarified Trump was “not a racist” after a comment Trump made against immigrants. McCarthy also did the same in 2019, per the Post, when Trump made remarks inadvertently directed towards junior lawmakers Rashida Tlaib, Ayanna Pressley, Alexandria Ocasio-Cortez, and Ilhan Omar, in which Trump alluded that they should all go back to their “s**thole countries.” (All four Democratic representatives are American citizens and people of color, three of them born in America.)

Where do Donald Trump and Kevin McCarthy stand now?

Since the January 2021 call between Kevin McCarthy and Donald Trump, however, it seems McCarthy’s outburst was, in the end, a one-time-thing. As Politico reported in late January 2021, McCarthy has by all accounts done everything within his power to get back to his former standing with Trump, even after the former president begrudgingly relinquished office to President Joe Biden on Jan. 20, 2021, and continued to do so throughout Trump’s second impeachment trial in the Senate.

McCarthy was not one of the 10 Republican representatives to vote in favor of Trump’s impeachment during the trial’s House phase, even despite going so far as to say that Trump “bears responsibility” for the events of Jan. 6 to those present during the proceedings, per CNN. In Politico‘s own coverage of the McCarthy-Trump frisson in the weeks following the call, the house minority leader attempted to rectify the situation by publicly addressing Trump’s part in the right-wing-led insurrection, stating that Trump did not cajole the mob to violence, and that “Trump continues to have that ability to lead [the Republican] party and unite.” He also sided with Trump against one of the ex-president’s biggest Republican detractors, Wyoming Representative Liz Cheney, who voted in favor of impeachment, but did not go as far as others, who called for her ousting from the seat.