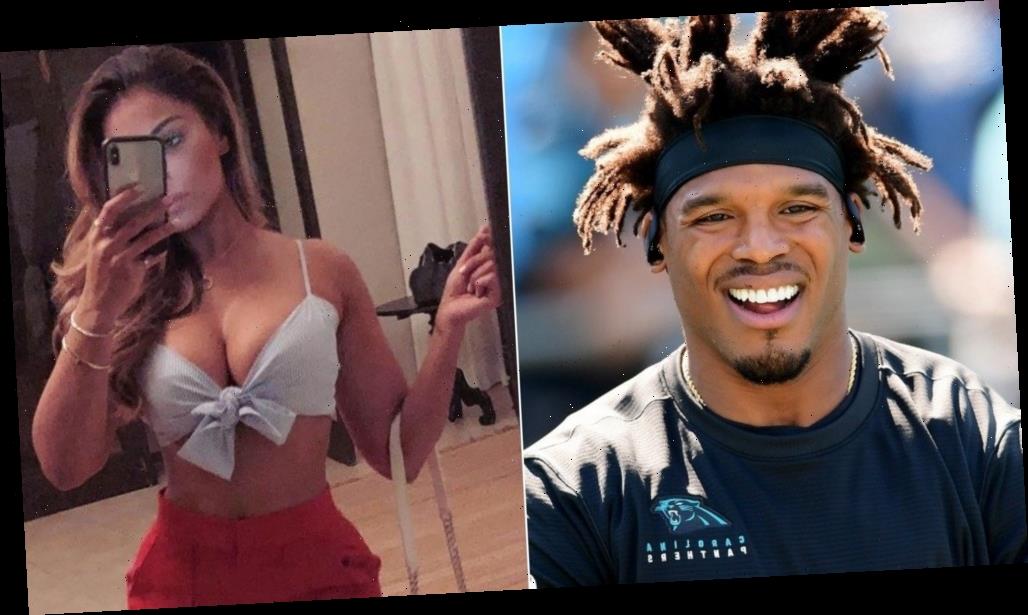 The truth about Cam Newton and La Reina Shaw’s relationship

NFL player Cam Newton is no stranger when it comes to making his rounds on the press circuit, especially after signing a lucrative one-year deal with the New England Patriots following Tom Brady’s dramatic exit. But one thing Newton remains tight-lipped about is his personal life. Instead of spoon-feeding fans the information they’re dying to know, Newton prefers to drop breadcrumbs, oftentimes via social media.

On July 4, 2020, the Panther-turned-Patriot took to Instagram to wish his child Caesar Lorenzo Newton a happy first birthday. “Happy Birthday Day. King Caesar! I have grown so much with you being here on this earth and I am constantly reminded by what my purpose, discipline & drive is,” Newton penned. “Thank you enjoy your day!!!” Along with the caption, the football player shared a photo of the little tyke standing on his lap on what appears to be a private jet.

It wasn’t the sentimental birthday message that made everyone’s ears perk up, but rather the fact that Newton publicly acknowledged his child with rumored girlfriend La Reina Shaw for the first time. That same day, Shaw also celebrated Caesar on Instagram, writing, “HAPPY 1st BIRTHDAY to my sweet little boy! I am so grateful for your beautiful soul! Seeing you smile, laugh, learn, and grow is God’s most beautiful work, and something I will forever be grateful for!”

While there’s not a ton of information out there, here’s all we do know regarding Newton and his mysterious relationship with the Instagram model.

Cam Newton has got some 'splaining to do

As reported by The Blast, athlete Cam Newton and his rumored girlfriend La Reina Shaw were spotted celebrating New Year’s Eve 2020 together. It’s also reported that Shaw resides in Atlanta in an apartment above Newton’s restaurant, Fellaship. The Blast also claimed that Newton and long-time girlfriend Kia Proctor split in January 2020 once Proctor learned that Newton fathered a child with Shaw.

Their split also came on the heels of Newton and Proctor welcoming their own fourth bundle of joy together in December 2019, a boy named Cashmere Saint Newton. The pair has three other children: Chosen Sebastian Newton, Camidas Swain Newton, and Sovereign-Dior Cambella Newton. Since the split, Newton and Proctor have been duking out in court over physical custody and child support of their four children, per Bossip.

Hmm… baby with Shaw in July of 2019 and baby with Proctor in December of 2019? We’re no math whizzes over here, but it appears the football star has some ‘splaining to do.