Home » The ‘This Is Us’ Season 5, Episode 15 Promo Hints Kevin May Get Cold Feet

The ‘This Is Us’ Season 5, Episode 15 Promo Hints Kevin May Get Cold Feet 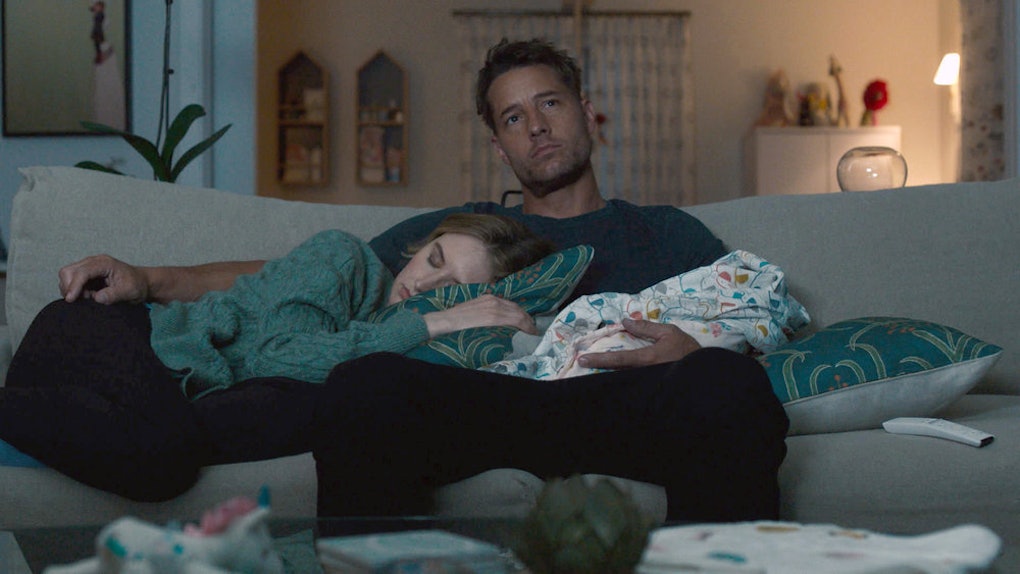 This Is Us only has two more episodes to go in Season 5, and at this point, it seems to be official that, like Season 2, this one will end with a wedding. But that doesn’t necessarily mean the road to the big day won’t be bumpy. Even with only one episode to go between Episode 14’s "The Music and the Mirror" and Episode 16’s final installment, there will be cold feet. The This Is Us Season 5, Episode 15 promo hints that it’ll be Kevin questioning if this is the right decision before the big day.

Warning: Spoilers for This Is Us Season 5, Episode 14 follow. In the five years since fans met Kevin, he’d been through a lot. He quit his hit comedy series, The Manny, without warning in Season 1. He then followed it up by walking off of his big Broadway show. His addiction issues have made him an unreliable figure on set, and his most recent outburst, leaving DeNiro high and dry, could be the last straw.

But Kevin’s career isn’t the only thing that’s unsettled. While at his talent agent, he accidentally runs into Zoe on virtual hold in a conference room. Zoe seems genuinely happy for Kevin and his impending wedding. But her remark about how he commits to whatever he’s doing, though meant as a compliment, knocks him for a loop. And she’s not wrong. When Kevin was with her, he was committed to never having kids. Now here he is, over the moon about twins and marrying their mother. It’s a hell of a 180.

And Kevin isn’t sure what that means about his choices now, as the penultimate episode trailer shows him wondering if he’s not making a mistake.

Season 5, Episode 15 is titled "Jerry 2.0." The synopsis confirms this will follow the time-honored tradition of many a pre-wedding episode:

But fans shouldn’t be too worried that the wedding might be off. Speaking to Entertainment Weekly, writer and co-executive producer Kevin Falls pointed out, "it’s not unusual, and it’s not necessarily a bad thing to really re-evaluate your reasons for getting married."

As Falls noted, "Anything can happen, but we don’t want this to be like, ‘Oh my god, they’re not going to get married.’ No. It’s simply they’re re-examining all the reasons for getting married. We just wanted to go and really ground the reasons for why you move forward with somebody as you get close to D-Day."

As for the parties? Writer and co-executive producer Jonny Gomez promises this will be faithful to the This Is Us tradition of "emotional breakthroughs" and that "Revelations will be made."

Meanwhile, Falls insists, "We guarantee nudity." On broadcast? We’ll see about that.

This Is Us Season 5 continues on Tuesdays at 9 p.m. ET on NBC.