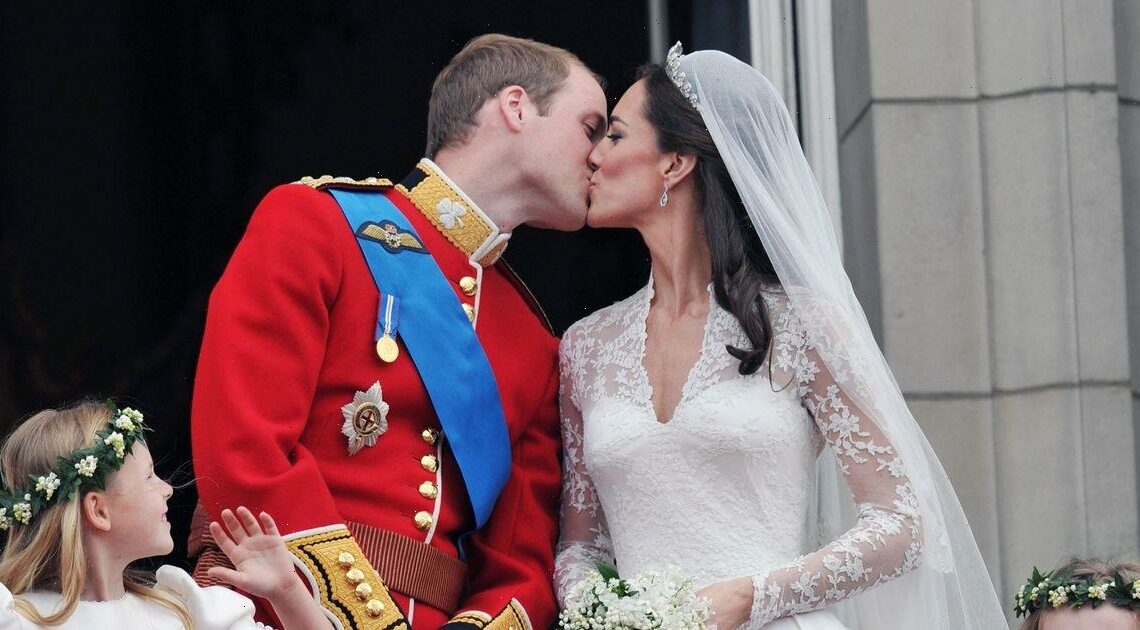 The Duke and Duchess of Cambridge tied the knot in a traditional ceremony at London’s Westminster Abbey in April 2011 – six months after Prince William popped the question.

But before getting engaged, William, who turns 40 on June 21, and Kate, 40, dated on and off for seven years.

Asked in their engagement interview why he had waited so long, William said bashfully: “I wanted to give her a chance to see in and to back out if she needed to before it all got too much.

“I’m trying to learn from lessons done in the past and I just wanted to give her the best chance to settle in and to see what happens on the other side.”

Get royal stories straight to your inbox with OK!'s daily newsletter.

William and Kate, who are parents to Prince George, eight, Princess Charlotte, seven, and Prince Louis, four, first met in 2001, when they began art history degrees at St Andrews University in Scotland.

Prior to university, William had dated a few well-connected girls – including Jecca Craig, Davina Duckworth-Chad and Rose Farquhar – who appeared on the 2006 BBC series How Do You Solve A Problem Like Maria?.

In summer 2001, he was linked with Arabella Musgrave, who he met at a friend’s house party, but that was short-lived too.

When he enrolled at St Andrews, he and Kate quickly became firm friends. She would share her notes if William missed a lecture and then, when he became unsettled in the first term, she encouraged him to switch to a geography degree.

It comes after royal expert Katie Nicholl previously revealed how the Cambridges made a deal shortly after their 2007 split that they would marry for good.

In her book, Kate: The Future Queen, it’s claimed that William told Kate that he would propose years before their engagement was made known to the public.

While on holiday in the Seychelles the couple made a pact that they would be together forever.

Katie Nicholl writes: “There on the paradise island, William promised Kate that he was in the relationship for the long term.

“For the very first time, they talked seriously about marriage, and with the ocean before them and beneath the night sky, they made a pact to marry.”

Article taken from OK!'s royal special William At 40. Pick up at your local newsagent for just £5.99 or you can purchase the special edition magazine online now here.