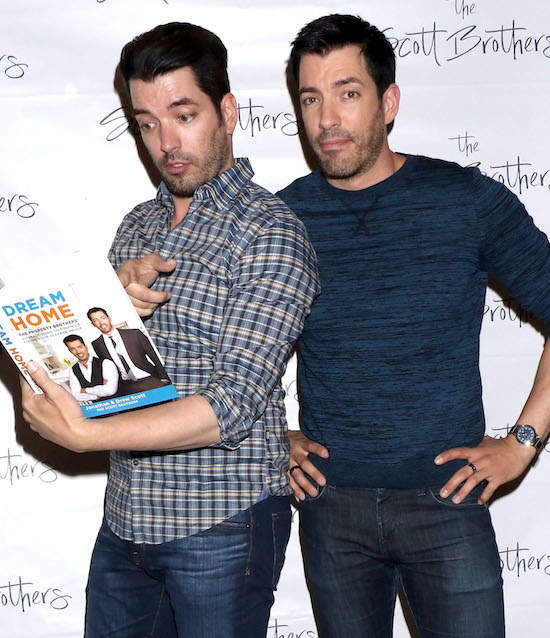 The Property Brothers Made Half A BILLION Dollars Last Year If I was an employee at the Silos in Waco, I would call out sick or take cover because Chip and Joanna Gaines are likely hissing shiplap over someone being able to manipulate more cash out of the home improvement teet than they have. I always thought Drew and Jonathan Scott, better known as the Property Brothers, were a snooze. Joke’s on me because while I was sleeping watching their show, Drew and Jonathan brought in $500 million last year.

People says Drew and Jonathan sat down for a feature in Entrepreneur where they talk about how the next house they flip will be exclusively wallpapered in the cash from their big-ass bank account. The twins earned half a billion bucks in 2018, but, no, it wasn’t only because of HGTV. It’s because, along with their SIX HGTV series, they also have a production company, a furniture and home décor line, and an upcoming home design platform. They also have an upcoming children’s book, royalties from two books that already came out, brand partnerships, AND were in a Super Bowl ad for ADT. Geez, throw in a lip and eyelash kit, and these two are about as ruthless as the Kardashians. And to think – Joanna thought she was being slick trying to ask for her $150K appearance fee for a legal deposition (to go in the church collection plate, of course).

The worst part of this is Drew and Jonathan aren’t exactly humble over their new money, but I did get a laugh seeing Jonathan try and also claim he is a magician. Drew at least admitted he tried to be an actor, sucked, and got into making bank flipping ugly houses:

“There are probably less than 100 actors who make more than we do across our empire. We thought it was the bee’s knees to be a successful actor, but pursuing that would have never opened up this world to us.”

Empire…HA! Talk to me when you buy two useless grain silos in a humid-ass part of Texas, Drew! THAT’S an empire. Somehow Drew was able to rack up $140,000 of credit card debt while he was acting, so he was scared back into home improvement:

“It was the first sleepless night I’d ever had. I went back to my roots.”

They pitched the show to HGTV, were mildly objectified by female TV executives, and now they’re basically centerfold material for every white middle-aged lady who lives in a square state. It’s a Home Depot fairytale!