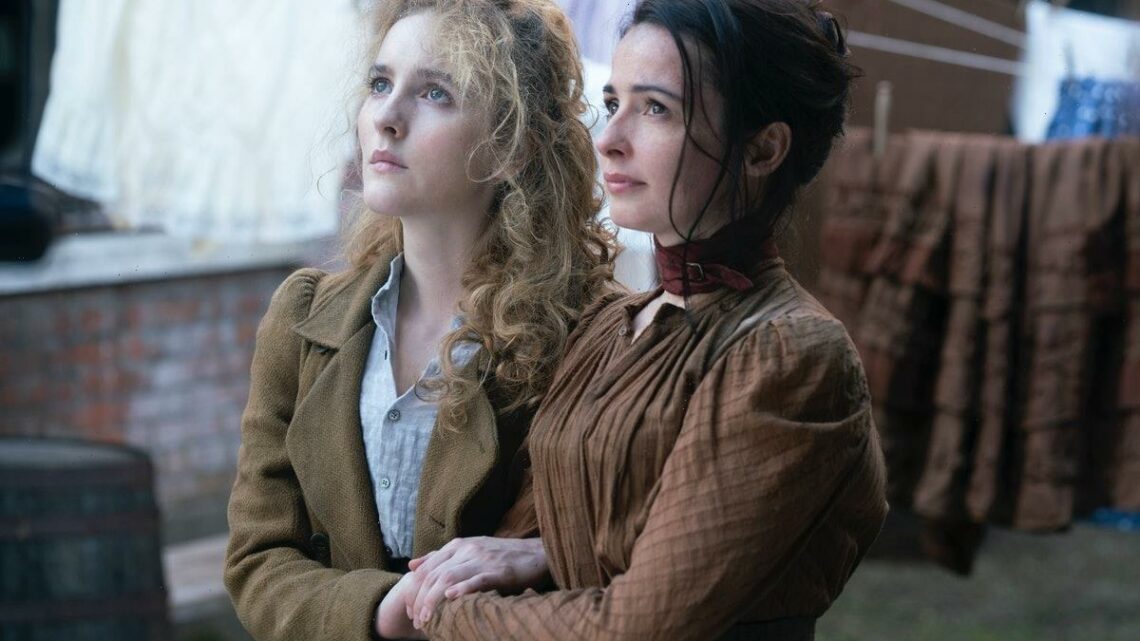 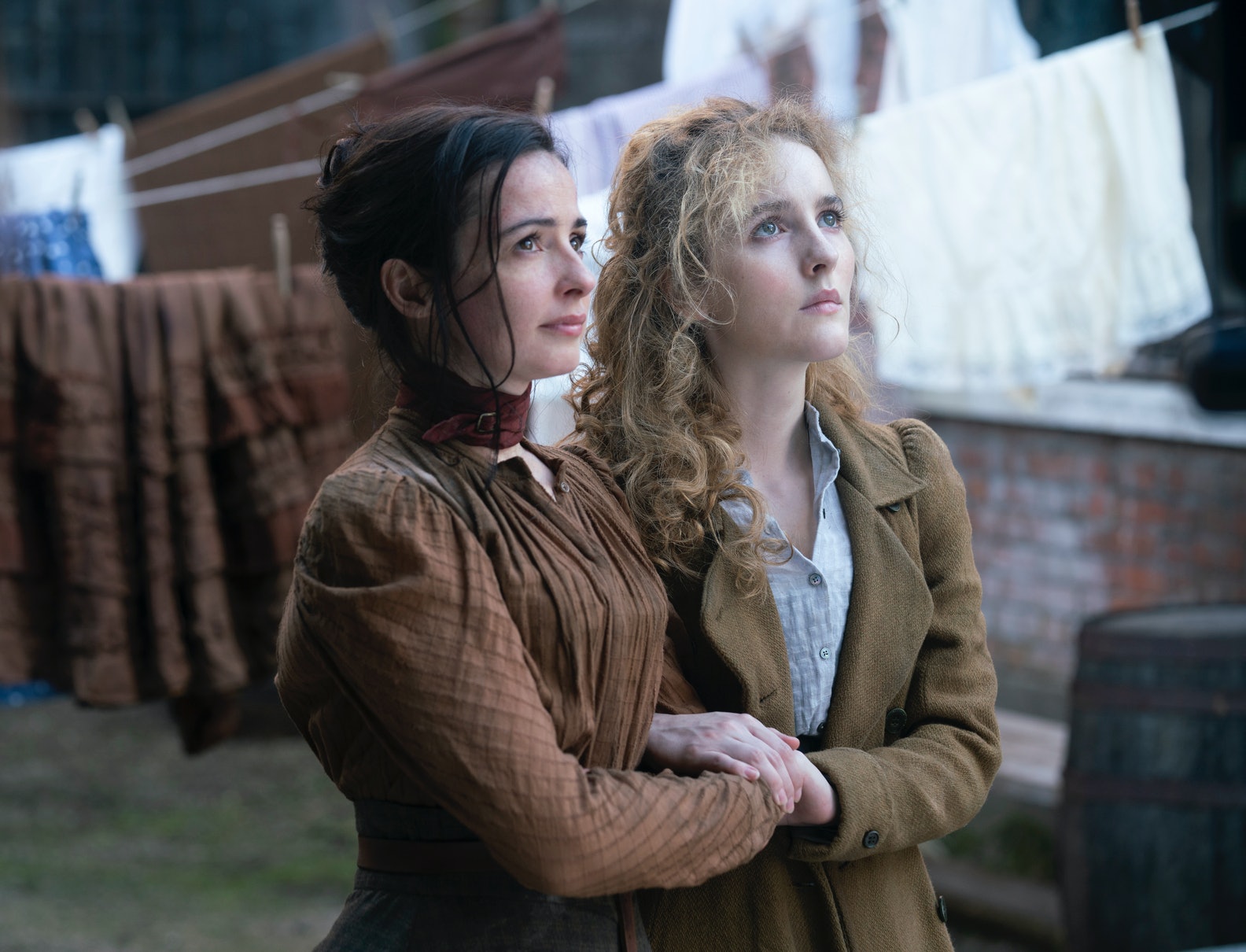 HBO’s The Nevers is the rare prestige TV series based on an entirely original work of fiction. Set in Victorian London, the plot centered around the creation of a subpopulation of powered people. One of them, Amalia True, started an orphanage for her fellow "Touched" to help them hone their skills. But her nemesis, the serial killer Maladie, formerly known as Sarah, encouraged the Touched to use their abilities for power. True teamed up with Detective Frank Mundi to stop her, but in Episode 5, Maladie escaped. However, The Nevers Season 1, Part 1 finale didn’t follow up on that story. Instead, the series took a hard left in an unexpected direction.

Warning: I cannot possibly express in words the sheer bizarreness of The Nevers Season 1, Episode 6 spoilers that follow. After five episodes set in the mid to late 1880s, Episode 6 opened on a distant planet, thousands of years in the future. A Planetary Defense Coalition (PDC) team parachuted into a war zone under attack by terrorists called "FreeLifers," and into an ambush. They were saved by a combat veteran known as a "Stripe."

Wounded and sick from withdrawal from using "coolant pods" to hide her body’s heat signature, the Stripe was taken downstairs by the PDC’s doctor, known as a Knitter. (Individual names are sacred here.) Meanwhile, the team, who claimed they were tracking a "spatial anomaly," discovered the base’s scientific staff were slaughtered and left hanging over an alien creature known as a Galanthi.

Nevers fans know a Galanthi. There’s one trapped under London, where Lady Bidlow has secretly been funding Dr. Hague to experiment on it, as she believes it is the source of Touched power and a direct attack on London.

Galanthi are known creatures in this future; the anomaly is a calling card for the "portals" these creatures use to travel through space and time. Galanthi are famous for appearing from out of nowhere above planets and distributing "Spores," which empathically enhance local populations to communicate with their kind. These "Spores" (as those affected are rudely referred to) also have parts of their mind activated that would otherwise be unused.

The Knitter is a "Spore," and she admitted to the Stripe the PDC team was there to take out the FreeLifers, hoping to rescue the Galanthi. She contends the Galanthi bring hope to the galaxy and can help achieve a better future. As they talk, the Stripe rifled through dozens of Victorian-era artifacts collected in the lab.

Meanwhile, upstairs, the lone FreeLife survivor argued to the Galanthi were dangerous. The open portal meant thousands more were coming. He only had to convince one to begin a shootout among the team, killing everyone, including the Knitter.

As she watched the Knitter die, the Stripe revealed signs show the portal was not an entry but an exit. There would be no invasion; this one was leaving. As she staggered toward the Galanthi, perhaps thinking to help it escape, its tendrils reached down. The alien disappeared through the portal, taking her with it.

When the Stripe awoke, she found herself in the body of a recently deceased Victorian lady. The body had belonged to Mrs. Amalia True, known as Molly, a baker whose abusive husband recently died, leaving her destitute and broken, driving her to suicide. 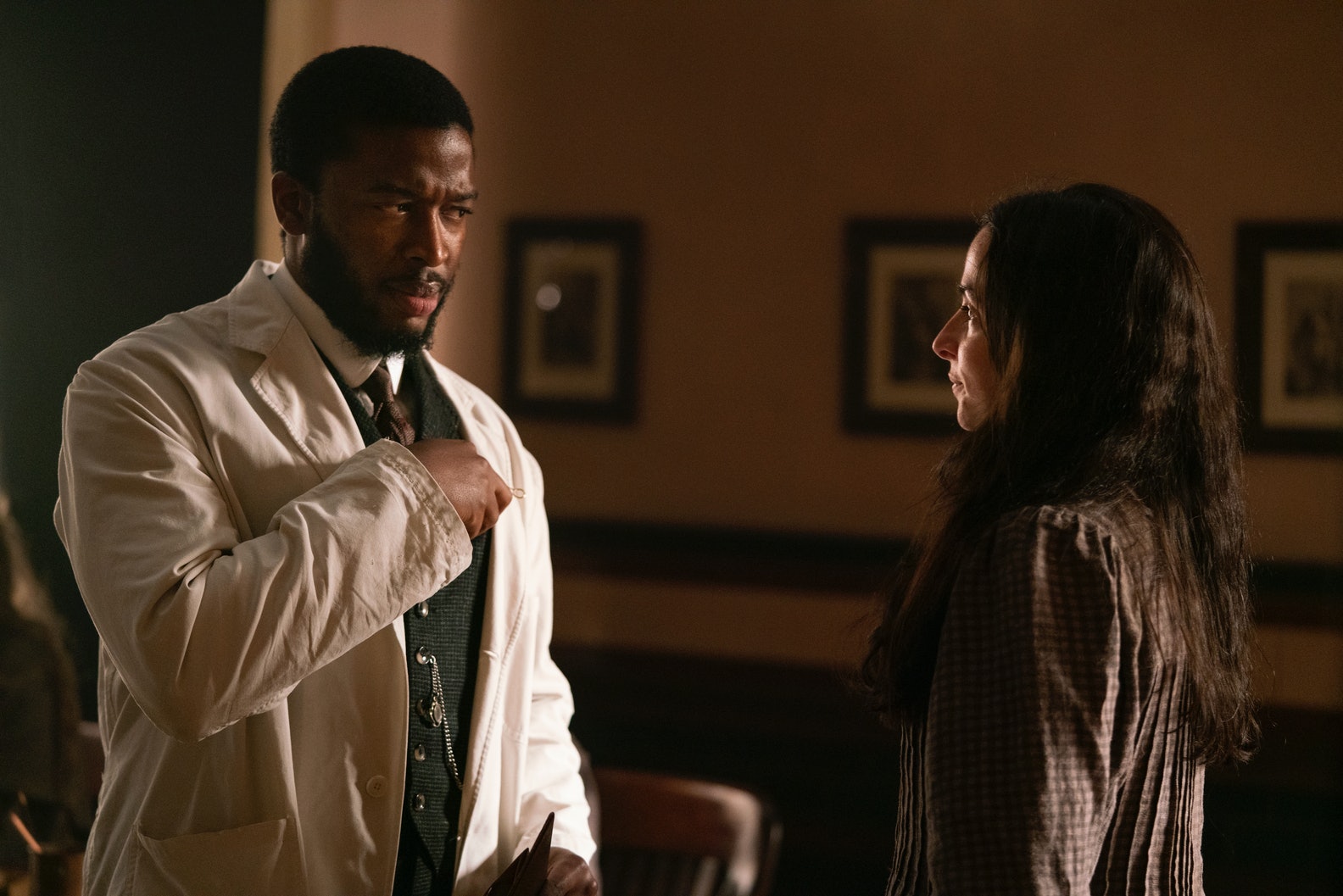 The backstory between Molly and Sarah stemmed from the Stripe’s first few months in London. Her non-English accent and fluent cursing got her locked away in an asylum with the now-famous serial killer, as well as Dr. Cousens. The Stripe hoped Sarah’s ability to remember the Galanthi would help her but was disappointed. Eventually, she sold Sarah out to Dr. Hague when he came calling to avoid being taken away herself. Left alone to plot and plan, she figured out how to assimilate and function in this era while befriending other "Touched" locked away with her before finally getting out with the help of Lady Bidlow.

That’s who Amalia True is. Brought from the future, and now unable to communicate with the creature which hides below the streets of London. She’s alone in a radically changed past, attempting to function among a population that doesn’t understand what’s happened to it. But she thinks she knows her purpose here, one inspired by the Knitter who believed peace and harmony would one day reign.

Part 1 concludes with True telling Penance her real name, her sacred name. She is Zephyr Alexis Ravine. Together, she and her Touched girls are going to change the future for the better.

The Nevers Season 1, Part 2 will supposedly be filmed sometime later this year and is expected to arrive on HBO in 2022.

Will CNN Boss Jeff Zucker Stick Around After WarnerMedia-Discovery Merger?

This Is the Only White Tee I Ever Wear, and I Bought It on Amazon For $7
World News