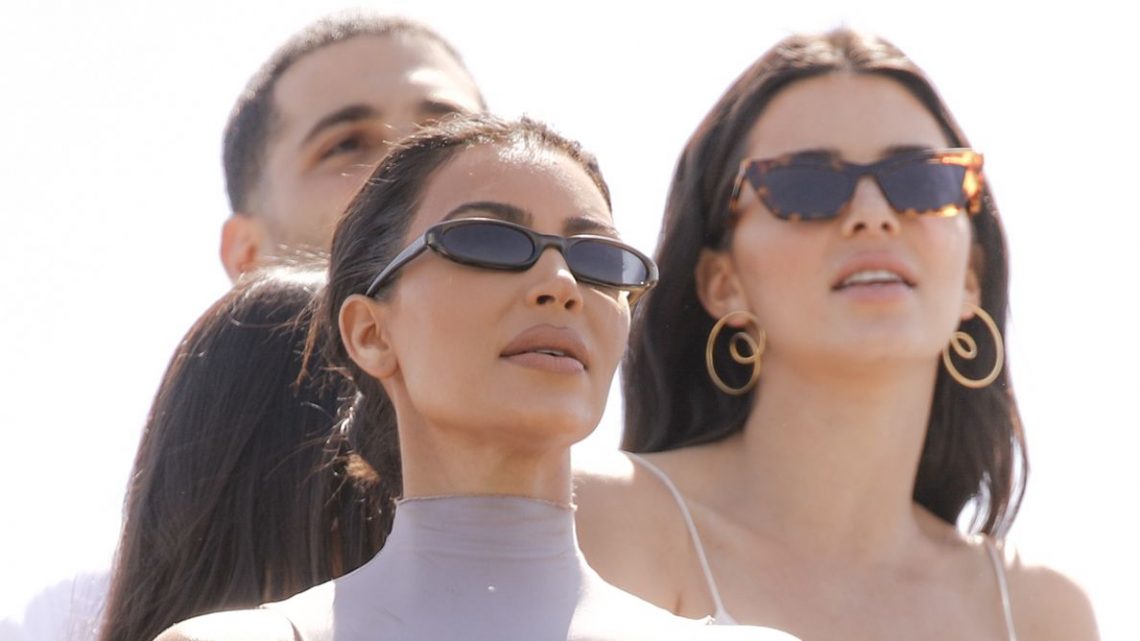 Kanye West held his weekly music-based Sunday service at the second weekend of Coachella, which overlapped with Easter Sunday. Naturally, his family and their loved ones attended the celebration and documented it on social media. Below, we rounded up all of the best videos and photos from Kanye’s Coachella Sunday Service 2019 to help cure your FOMO.

On her way to the performance, Kim posted a sweet video to her Instagram Story with daughter North West. The two wore matching looks, and the video shows North looking precious with a front tooth missing and greeting the camera with a “hi!” and a kissy face.

How cute is North at Coachella Sunday Service ?❤️

“Say Happy Easter. You look so pretty guys,” Kim called out to Kylie, Kendall, Khloé, North, and Penelope, who frolicked in the grassy field. Khloé was seen talking to her niece North before Kim panned the camera phone towards her besties Allison Statter and Lala Anthony. “I got all of my best friends in the same spot. What a lucky girl am I this Easter,” Kim continued.

The clip ended with North, her cousin Penelope (Kourtney’s daughter with Scott Disick), and North’s friend Ryan walking up a hill, which seemed to make Kim excited for the next crop of Kardashian/Jenners. “This is Stormi, True, and Chi in a few years,” she stated, referencing her daughter and two nieces that are all around the same age.

Khloé uploaded plenty of videos and photos to her Instagram Story from the actual concert, but the cutest one with her family involved two Snapchat filters. First, she turned herself and youngest half-sister Kylie Jenner into dogs with their tongues sticking out. “I love you. Happy Easter,” Kylie said. The second was of Khloe and Kendall with bunny ears, oversized mouths, and squeaky voices.

Kylie uploaded a slideshow of two images to her Instagram that showed off her extra long ponytail featuring crosses and other embellishments. “A blessed Easter ✨💫,” she captioned the photographs. The second image was of Kylie kissing her boyfriend, rapper Travis Scott, while standing in the grass.

She also posted a video with Travis where she further showed off her look and adorned braid.

During the actual performance, the livestream captured North dancing with her friend Ryan on one of the many hills in Indio, California. Kim saw the gif of her daughter and Ryan dancing on Twitter and retweeted it to her millions of followers.

North dancing with her friend at Coachella! ✨

During the set, Kim, her daughter, and other children ran up the hill to join in on the service. A video showed them all together in the their coordinated looks rushing in on the crowd to meet Kanye. Kim later quoted the fan account on Twitter and added the screaming face emoji.

“Tell me a secret bae #sundayservice,” Kylie captioned a picture of her and Travis cozying up during the set. Travis uploaded the same image and captioned his photograph: “I brought the snow 2 da desert 🌵.”

tell me a secret bae #sundayservice

I brought the snow 2 da desert ?

A fan on the scene snapped a family photograph of the Kardashians and Jenners staring out into the distance, including matriarch Kris Jenner who wore an all-white outfit.

As the instrumental for “Jesus Walks” played in the background, a fan at the venue snapped a quick video of the clan. Kim joined North for a seat, while momager Kris was busy snapping footage of Kanye’s performance.

“Happy easter! feeling blessed today,” Kendall captioned her Instagram slideshow of three videos from Kanye’s set. “In the name of Jesus, let us pray,” rapper DMX says over drone footage of Kanye, his band, and the crowd in attendance.

The second clip shows Kanye having an emotional moment as the chorus sings in the background. The third and final clip documents Kanye throwing it back to his College Dropout days, where he rapped to his single “All Falls Down.”

Given that Kanye is a formidable force in hip-hop, he brought out plenty of stars to join his performance, including fellow Chicago-native Chance The Rapper, who showed off his epic dance moves.

Billboard captured a video of Teyana Taylor soulfully singing her song “Never Would Have Made It.”

Coachella has finally come to a close. However, Kanye still has 36 more weeks left in the year for his Sunday services, which means we can definitely expect more behind-the-scenes footage of them from the Kardashians and Jenners.