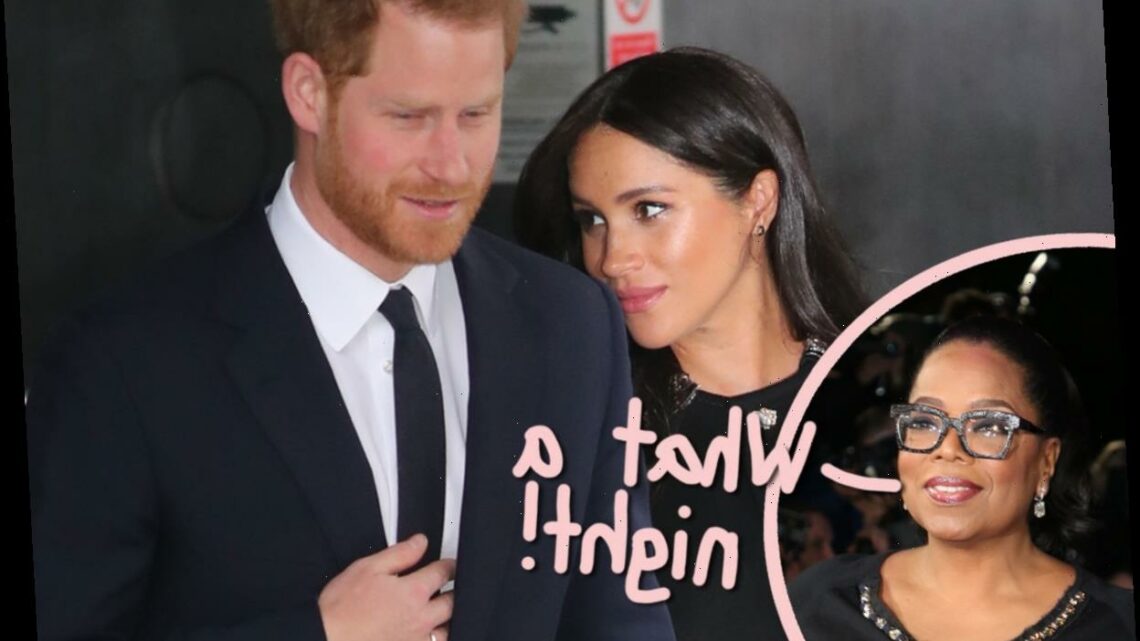 We’re still reeling from everything we learned from Sunday’s much-anticipated (and very much delivered!) event of the month — Meghan Markle and Prince Harry‘s sit-down interview with Oprah Winfrey. From stunning racism and scary suicidal thoughts to tales of terrible royal tears, yesterday’s tell-all was truly jaw-dropping for quite a few reasons.

And believe us when we tell you — we aren’t the only ones who think so, either. If you weren’t scrolling through Twitter while simultaneously watching Harry and Meghan lay it all out there, you seriously missed the show within the show! Just as the Duke and Duchess of Sussex were giving Oprah more than she had probably bargained for, viewers on the 280-character social media network were tweeting all the way through it.

Here are just a few of the most notable reactions to Harry and Meghan’s talk with the daytime TV queen (below):

On the interview itself

The entire interview — the set-up, the background scenery, the broad topics discussed, the fact that Harry and Meghan were even there in the first place — quickly went up for debate (below):

“Meghan and Harry allude to the terrifying truth, that Charles and William and Kate are deeply (and justifiably) afraid of the press because they didn’t want the press to turn on them. The monarchy is fragile. Harry presents the ‘Institution’ as being unwilling to challenge the tabloids on their racism towards Meghan because they needed the press to be on the monarchy’s side. They threw Meghan to the wolves as the sacrificial lamb.”

“I was unprepared for the emotional violence of these revelations in the Meghan and Harry interview. The neglect, the cruelty, the racism”

“Thoughts on Harry and Meghan: 1.Racism is global. 2. So is bullying. 3. It’s quite likely these folks really did end Diana‘s life. 4. I’ll never want to be a princess again, but this is the most attractive Harry has ever been to me. 5. California looks really pretty.”

“What’s shocking is that even after all Harry and Meghan have said..the blatant racism, cruelty, lies, abandonment, jealousy — you still get the feeling they could say MUCH more.”

“The Meghan and Harry interview was this year’s Oscars, and a blessed two hours without hearing about Trump (although the racism discussed was very Republican.) Oprah on a sunny day outdoors was also a great antidote to the pandemic lockdown blues”

Meghan opened up a lot of eyes during Sunday night’s sit-down by revealing how she’d suffered from suicidal thoughts while living as a member of the Royal family. Viewers were stunned to hear the depth of her pain, while also thankful somebody with such a public presence was coming forward about them (below):

“Woke up this morning imagining unknown others finally saying to a friend or loved one, ‘I, too, think of suicide.’ For that alone, I am grateful for Meghan Markle. Her courage will save lives.”

“Some will criticize her because they mistakenly believe fame and fortune prevents suffering, but I hope instead they hear her story and say, ‘If someone in her position needed mental health treatment, surely someone like me is justified in seeking it too.’”

“Meghan Markle is the perfect example as to why people who are suicidal don’t speak up!! All I’m seeing is ‘She’s an actress’ and ‘attention seeking’ and ;she’s a liar.’ They only believe you when it’s too f**king late”

“It’s funny this time last year Caroline Flack took her life and all the media said ‘be kind.’ Now it’s Meghan Markle saying she was suicidal it’s attention seeking? The whole be kind didn’t last long did it?”

A much-discussed point of the interview centered on Meghan’s reveal that the royal family was reportedly concerned about the potential color of Master Archie‘s skin prior to his birth. That set off a much larger discussion about racism, and the role Buckingham Palace has played in perpetuating that imbalance for centuries:

“The color of his skin?! I. AM. DISGUSTED. Say what you want about Harry & Meghan doing this interview. However, the racism within the monarchy needs to be aired out.”

“Just so we’re all clear, ‘I think Meghan Markle lacks class’ means ‘I am a racist douche.’ Hope this helps.”

“I think this is most upsetting for me because we are literally witnessing the glass ceiling of racism having been at the floor of it for so long. Harry and Meghan have money, power and status, yet they still can’t escape the discrimination. What hope do I have?”

“Buckingham Palace shouldn’t even try to release a statement about this. How on earth can they possibly justify the racism that Harry, Meghan and Archie have gone through?”

“So in 10 years we’re going look back at how Meghan was treated by UK media in a similar way we’re now talking about #FreeBritney and #Diana except with added racism. What a disgrace, I wish them both the best. Well done Harry for taking the leap.”

Inevitably, fans pondered the future for the ex-royals, optimistically hoping that life will quickly get better now that they’re no longer under the monarchy’s close watch:

“Whew! That interview was soul wrenching to watch. I hope it keeps getting better for Meghan and Harry from here on.”

“hugs to harry and meghan… im rooting for u guys.. hope everything will get better for your future endeavour”

“Meghan and Harry… idk if it’s hopelessness or bravery that brought them to this moment (probably both) but I hope your lives are only good from here. Talk about speaking truth to power.”

“Future partner: If you’re not gonna protect me the way Harry has protected Meghan and Archie, don’t bother. That’s my standard now”

“I do not see how Harry and Meghan can mend things with the Royal Family from here out. And maybe they don’t want to. But, how do you come back from this? It all seems very final.”

On The Night In General

Reactions of your own, Perezcious readers?

Sound OFF with your take on everything you see here — and what you saw on last night’s tell-all special — down in the comments (below)! 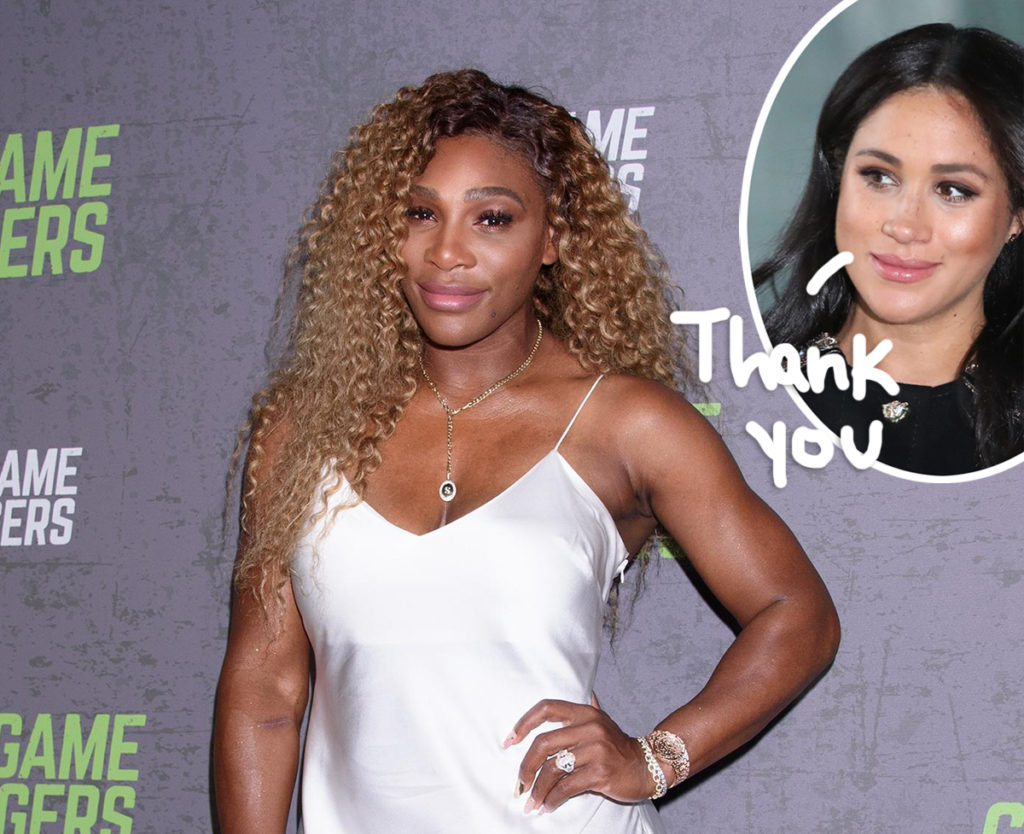 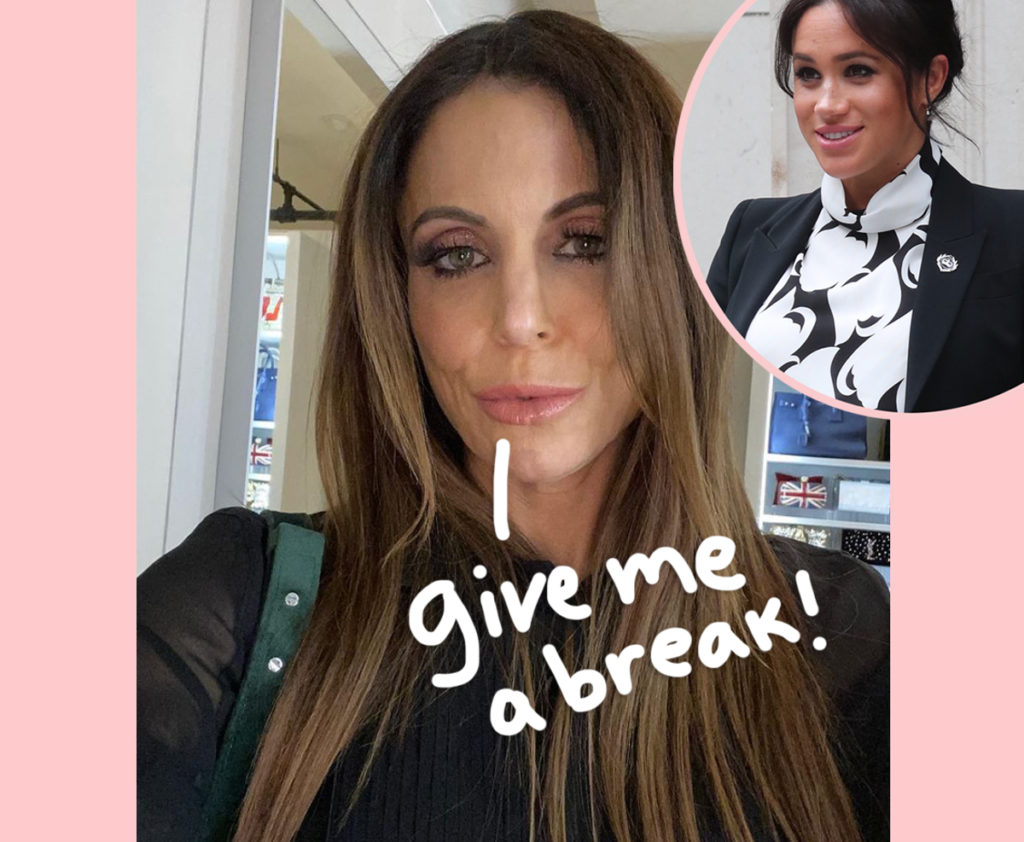 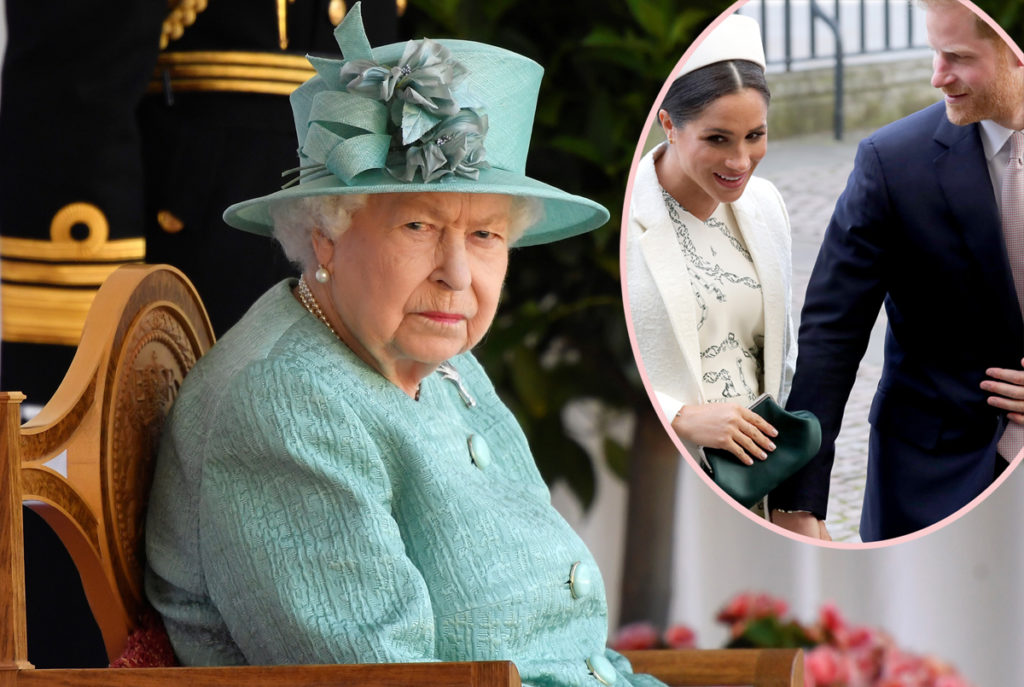 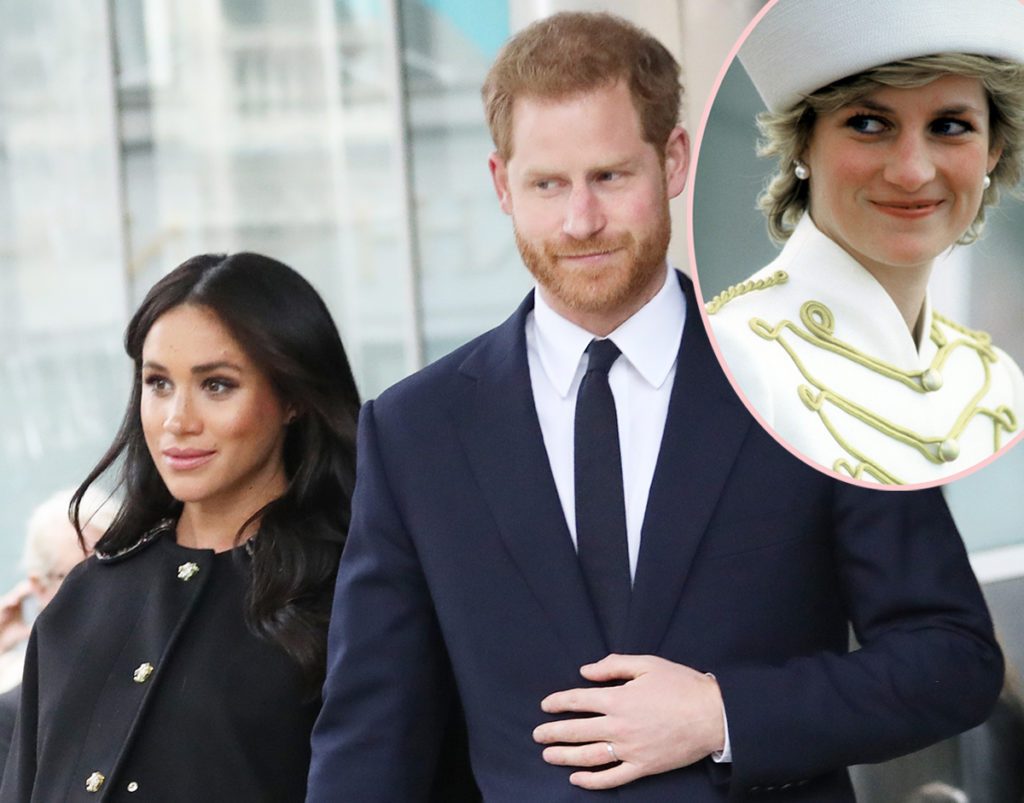 Deontay Wilder set to earn £60m for Tyson Fury fight and is 'biding his time' for trilogy bout, says Chisora