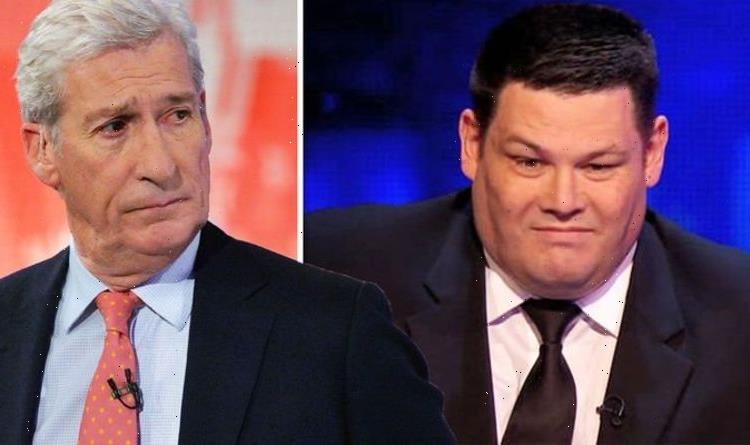 The Chase star Mark Labbett, 56, has taken to Twitter to reveal his dream TV job. The Chaser, who is known as The Beast, reflected on how he hasn’t had his big break auditioning for a host role on a game show yet, ahead of divulging that his dream hosting job would be to present BBC quiz show University Challenge.

That’s the problem though, until someone lets me audition for a host role we will never know

In view of his 146,000 followers, Mark wrote: “An observation: in TV, news anchors and Sports hosts generally serve an informal apprenticeship.

“So why do Game Show Hosts get chucked in the deep end?” he asked his fans.

In a following tweet, the star told how he sees the “format” of the game show to be more important than the “choice of host.”

He penned: “I tend to think the choice of host doesn’t matter too much, until you see a bad/inexperienced one on set.

One social media user rushed to tell the star how much they would love for Mark to host his own game show – telling him, “you’d be amazing!”

However, straight away Mark explained how he has yet to “get lucky” and audition for his ideal role.

“That’s the problem though, until someone lets me audition for a host role we will never know,” he replied.

Another Twitter user jumped in and asked the quiz expert what his “dream job” would be.

However, Mark may have a hard time getting his foot in the door as the quiz show has famously only ever been hosted by two presenters.

Bamber Gascoigne hosted the programme for 25 years until Jeremy Paxman took over the role for the show’s reprisal in 1994.

The Chase star’s followers were quick to relay their thoughts on the subject of game show hosts.

Another said that the star had been “lucky” having co-star Bradley Walsh present the ITV show.

Other social media users told how they had been put off certain shows after new hosts were introduced.

One wrote: “I think that’s why I don’t watch the new Crystal Maze. Love the format but the new host killed it for me.”

“Same with Countdown…” another added.

This year saw Mark try to crack America as he flew to the States to film the US version of The Chase, but despite his success across the pond, Mark is expected to continue with his role as a chaser in the UK.

'What is going on here?' Tucker asks why Dems have turned on Joe
World News