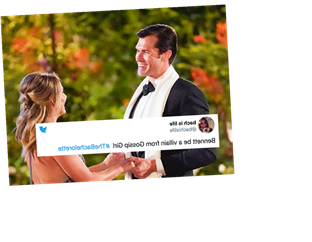 ‘The Bachelorette’s Bennett Jordan: Real Job, Instagram, & Facts About Him

Every season of The Bachelorette has its villain, and halfway into Night 1 of Clare Crawley’s tenure, fans guessed they many have already found this season’s. Early on, The Bachelorette‘s Bennett Jordan became the guy Twitter loves to hate — for now, at least. But first impressions aren’t everything. Here’s what we know about him so far:

Bennett grew up in Atlanta, Georgia and now lives in New York City, where he works as a wealth management consultant. The 36-year-old attended Harvard University, or "the big H" as he called it during his intro package in the season premiere. Bennett is clearly proud of his alma mater. Not only did he mention it on The Bachelorette, but he also posts a bit about it on his Instagram. Bennett’s Instagram isn’t super active, but he has several posts that feature him with his friends, so those relationships seem to be important to him.

Bennett made a big impression during his first night. He arrived in Palm Springs in a Rolls Royce, claiming he drove in style all the way from New York City. He also showed up with a white scarf on in addition to his suit, which a lot of fans on Twitter wanted to discuss.

Amazon Prime Day 2020: Save on the Dyson Airwrap and Revlon One-Step
World News