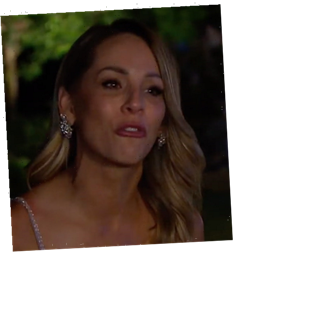 We can all agree that the latest episode of The Bachelorette was rather awkward, right?

We mean, at one point, Clare had to ask the men why nobody was talking to her at the cocktail party.

That was a first, as far as we can remember.

Next Tuesday night, however, things will turn from awkward to ugly.

With Clare’s feelings for Dale Moss undeniable and clear to absolutely everyone on set, the suitors will turn their attention to the former NFL wide receiver.

At one point, during what appears to be a roast, a contestant asks, “What’s one thing you guys don’t know about Dale?”

He waits a beat and then answers his own question as follows:

“Nothing. Because he never shuts the f–k up.”

“If some of these guys are picking up on Dale and I’s relationship and the connection he and I have, well, guess what,” Clare is then head saying.

We then see Clare and Dale getting very frisky with each other inside of a bedroom, with each telling the other he/she is “perfect.”

They really aren’t trying to hide it at all here, are they?

Cut to one contestant wondering whether Moss and Crawley were in contact prior to meeting on The Bachelorette, while another goes off on Dale.

“He thinks he’s better than all of us,” this guy theorizes, before addressing Dale with a giant middle finger and the words “f–k you!”

As previously teased, some of Dale’s competitors do think Moss is a phony and a fake and a lot of that anger looks as if it will come pouring out next week.

Get your popcorn ready, everyone.

And not just for the Dale drama, but for what looks to be the Yosef Aborady drama.

In the trailer featured here, this season’s villain taunts Crawley, saying he “expected more from the oldest [ever] Bachelorette,” causing the jaws of many of his fellow contestants to drop on the spot.

But Crawley can take care of herself, folks.

“I’m the oldest Bachelorette and I’m 39 and single because I didn’t settle for men like THAT,” she cries in response.

As for whether this will be Clare’s final episode before Tayshia Adams takes over?

You can visit our section of The Bachelorette spoilers to find out.

And you can check out the trailer here to get an early look at what’s on tap for next week.