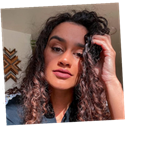 Another member of Bachelor Nation is facing yet another social media scandal.

In the wake of Rachael Kirkconnell basically upending this entire past season of The Bachelor — due to actions she herself admitted were “racist and wrong” — Taylor Nolan is now coming under scrutiny.

She also under investigation.

As reported a few weeks ago, Nolan is responsible for a handful of past Tweets that she referred to as “vile” via an early Marrch apology.

The Bachelor alum also fat-shamed people and used homophobic slurs in messages from 2011 and 2012, while also insulting minority groups in the United States, such as Indians and other Asians.

“There is no question or defending that every word of my old tweets are harmful, wrong, triggering, and incredibly upsetting to the communities that I identify with and that I support,” she admitted back then.

“I’m so sorry to the folks that were triggered and re-traumatized by seeing the hurtful words from my past.”

Nolan had been criticized prior to issuing this full mea culpa because she initially labeled the hurtful messages as “part of [her] journey,” basically ignoring those she had offended in the process.

Fast forward these next few weeks and the Washington State Health Department has confirmed that it’s looking into Nolan.

Because the 27-year old works as a licensed mental health counselor.

Washington Department of Health spokesperson Gordon MacCracken told Page Six on Wednesday that the inquiry “doesn’t necessarily mean that disciplinary action will occur, just that we are moving to the stage of an investigation.”

MacCracken added that there was no specific timeline for how long the proceedings could take, noting that he cannot “predict an outcome.”

“This week, we’ve received multiple complaints against Nolan in connection with the issues you mentioned,” MacCracken also told when the social media scandal first broke out.

“Those complaints are under assessment. Patient safety is our top priority, and we take all complaints seriously.”

Also a The Bachelor in Paradise cast member, Nolan apologized in an Instagram video at the time.

“My tweets from 10 years ago are s—tty, they suck, they were wrong and are hurtful,” she captioned the post.

“I want to be clear that they don’t take away from the work I do today, they are literally how I got here to doing this work.

“If you’re gonna take the time and energy to scroll through ten years of my tweets, then please take your time to listen to this video.”

She continued at the time:

“I never deleted those tweets for a reason because they’ve been a part of my journey since way before going [on] The Bachelor.

“I didn’t need anyone to call those things out to me to know they were wrong.

Olivia Rodrigo Is Also a Part of the Sweater-Vest Gang, and We Love to See It