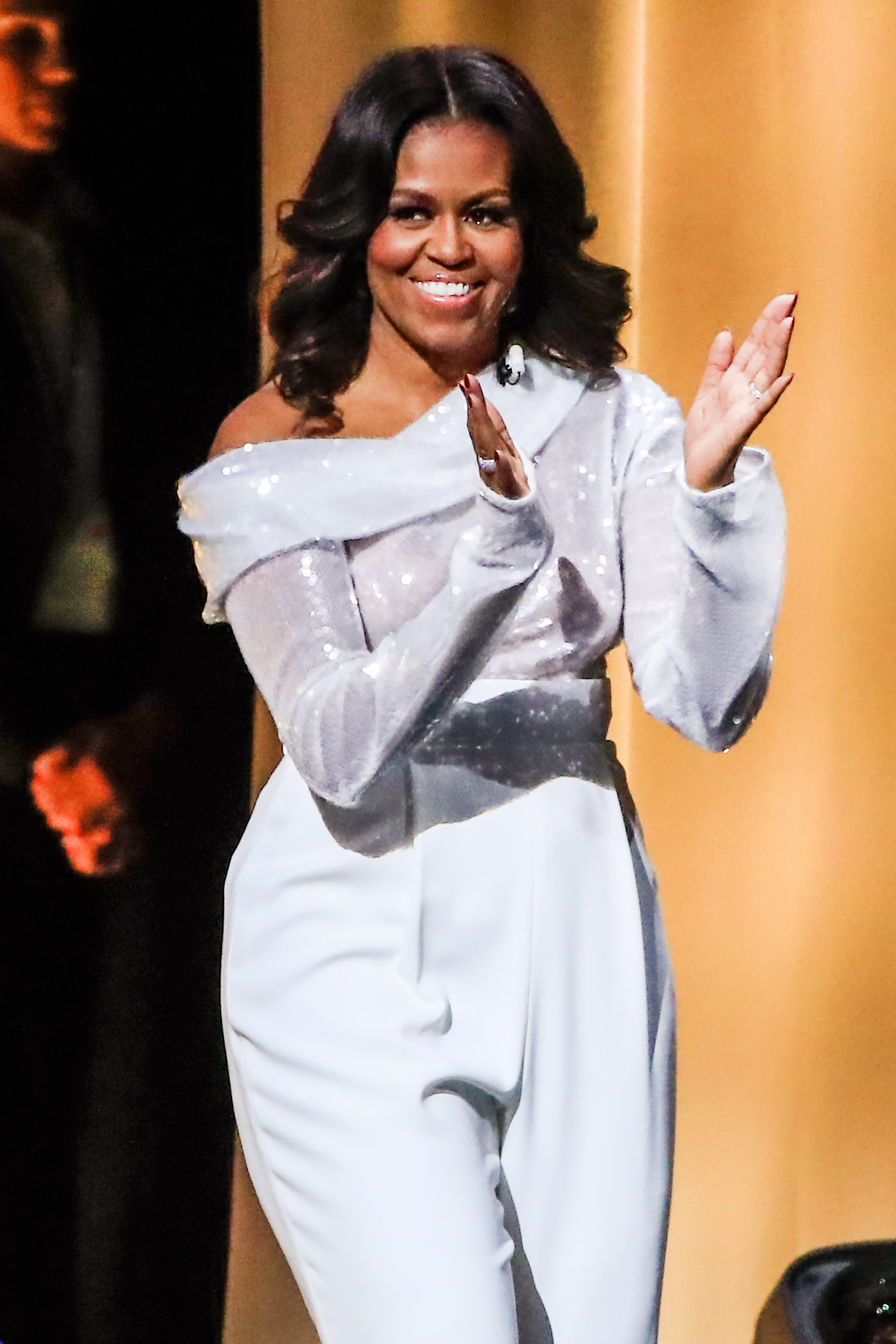 During the nasty 2016 campaign, the soon-to-be former First Lady stated her personal code of honor: “When they go low, we go high.” In 2018 she went big—within days of publication, her memoir, Becoming, was the best-selling book of the year.

The year started with a nice ratings bump for NBC’s Today despite Matt Lauer’s firing. Viewers found that they preferred waking up to the new upbeat duo of Savannah Guthrie and Hoda Kotb, Today’s first female coanchors. Says Guthrie: “I feel like the show is in a very good place.”

Last year they retired Fixer Upper, their hit HGTV show, to recharge. But when one properly framed door closes for the star entrepreneurs  of Waco, Texas, dozens of new doors open. For instance: Joanna published a book, and the couple welcomed fifth child Crew.

Hollywood’s most exuberant clown went deep-dive negative for Can You Ever Forgive Me?, in which she played a mean-spirited literary forger whose only love is a cat. At one point, she told Deadline, “I said to myself . . . this cat is out-acting me.” But she’s the one with Oscar buzz.

The British star (and People’s Sexiest Man Alive) has the physicality and charisma of a major action hero, but why pin down someone who can do both comedy (he was on season 5 of The Office) and Cats (he’s been cast as Macavity)? “Everyone should adopt the philosophy that tomorrow is not promised, so just go for it today, man,” he says.

The Olympic gold medalist testified against former USA Gymnastics doctor Larry Nassar, who sexually abused her and hundreds of young women, and established herself as a champion all over again—as an advocate for reform. She hasn’t decided whether she’ll compete in the 2020 Games, but said, “This is more important.”

We’ve learned she’s not one to let grass grow under her now-regal feet. Her marriage to Prince Harry was followed within five months by the pregnancy announcement. She didn’t even wait for an attendant to close a car door­—she closed it! Said one etiquette expert: “She is going to be doing things her own way.”

Her breakup with Saturday Night Live’s Pete Davidson was a delirious pop melodrama—they competed to cover up their tattoos of devotion.
Then she dropped a great single, “Thank U, Next,”
and a fab video that included this note to the ex: “I love you always.” Mutual, honey.

After a course of breast-cancer treatment that required three rounds of chemo­therapy—much of which she documented on social media—the star of HBO’s Veep went back to work. Sometimes a Veep can act like Commander in Chief.

Director Cooper insisted that the superstar audition without makeup before casting her as a pure-hearted young singer in A Star Is Born. Playing opposite her as a fading country-rocker, he was just as vulnerable. That emotional nakedness—and a killer duet, “Shallow”—was the heart of their amazing chemistry.

She surpassed Beyoncé as the first woman to have five simultaneous hits on the R&B/hip-hop chart. She released a double-platinum debut album, Invasion of Privacy, gave birth to her first child, Kulture Kiari, and flung a shoe at nemesis Nicki Minaj. “They call me Cardi Bardi, banging body/Spicy mami, hot tamale,” she sang on “I Like It.” We love it.

Exhibiting both dignity and brawn, his Black Panther was superhero of the year. The film’s racial significance is a given, he told The Guardian, but “this is just another doorway” to tolerance.

Releasing her album Cry Pretty, the country star had fans reaching for their hankies. After struggling through three miscarriages since 2017, plus that scary tumble that required stitches to her face, she revealed that she is expecting her second child. Now she’s “over the moon,” she told Redbook.

The Oscar winner was the biggest star yet to embrace the new age of streamed entertainment, starring in Amazon’s terrific thriller Homecoming. Roberts was “passionate and happy” about
the experience, she told Collider. And isn’t that the Julia we’ve always loved?

The bench’s oldest, hippest and most famous liberal was celebrated in not one but two movies—the hit documentary RBG and the upcoming On the Basis of Sex. Even better, according to the feminist icon, “I have about at least five more years.”

She was the perfect modern Cinderella—practical, romantic, able to withstand bullying—in Crazy Rich Asians. Growing up, Wu says, “I never saw a face that looked even close to mine that Hollywood deemed worthy of its own fairy-tale story.” Here’s her happy ending.

Here’s a lesson in fearlessness. This year Curtis returned to face off against homicidal maniac Michael Myers in the hit reboot of Halloween—
he original was released in 1978—and opened up to People about her 10-year opioid addiction. She got sober 20 years ago—and that, she says, “remains my single greatest accomplishment.”

The Girls Trip star took the talk show format in a brave new direction—and it’s a trip. Red Table Talk, on Facebook Watch, is frank and confessional, with topics ranging from cutting to (of course) Will Smith: “Life is a journey. You learn as you go.”

The seven-time Wimbledon champ lost her temper—and nearly lost her life—but both times she swung into action. The potentially fatal blood
clots she suffered from giving birth to her daughter taught her to fight for her rights as a patient. After receiving penalties at the U.S. Open, she challenged the ref: “There are men out here who do a lot worse.”

Named by Time as one of the most influential people on the Internet, the Cougar Town alum wrote a bestselling memoir and launched an E! talk show, Busy Tonight—a chatty showcase for her comically skewed common sense.

The Office nice guy pulled off a major presto-chango: He directed a horror hit, A Quiet Place, and landed a prize action-hero role on the Amazon hit Tom Clancy’s Jack Ryan. How? Simple, he told The Independent: Emily Blunt, 35, wife, Quiet Place costar and “secret ingredient.”

At the funeral for her father, Sen. John McCain, the View panelist delivered an impassioned eulogy that targeted President Trump, who had mocked the Vietnam vet’s heroism. Her father’s greatness was “the real thing,” she said, “not cheap rhetoric.”

The heartthrob, who boasts three No. 1 albums, had a scintillating moment in May—he was linked with Hailey Baldwin (before she wed the Bieb). He described the fling as “more of a zone of limbo.” He’s still heaven.

The TV and film star conquered social media as a sorta-Ina Garten, a contentedly lesser Martha Stewart. On her Facebook series, Pretend Cooking Show, she simplifies other people’s recipes for hungry kids (hers are Violet, 13, Seraphina, 9, and Samuel, 6). “I could never be a real cook . . . I’m a mom cook.”