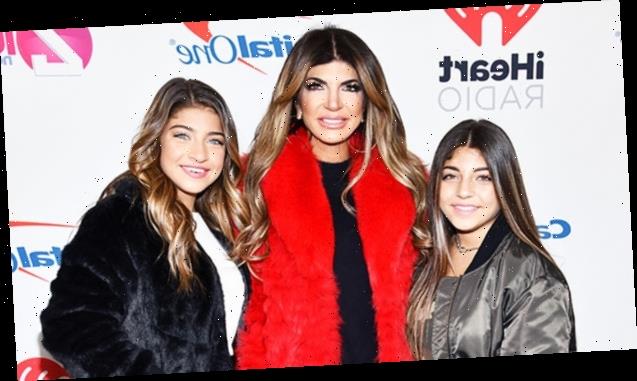 All is well in the Giudice family! Teresa shared support for her ex Joe, who shared a new photo with daughters Milania and Gia from their recent trip to Rome.

Amicable exes! Two months after their divorce was finalized, Teresa Giudice and Joe Giudice seem to be getting along very well. The Real Housewives of New Jersey star, 48, shared a few heart emojis under a new photo her ex shared with their daughters Gia, 19, and Milania, 14. The teens recently visited their dad in his native Italy, while the couple’s other two daughters  Gabriella, 16, and Audriana, 11, stayed behind in Jersey due to school commitments. 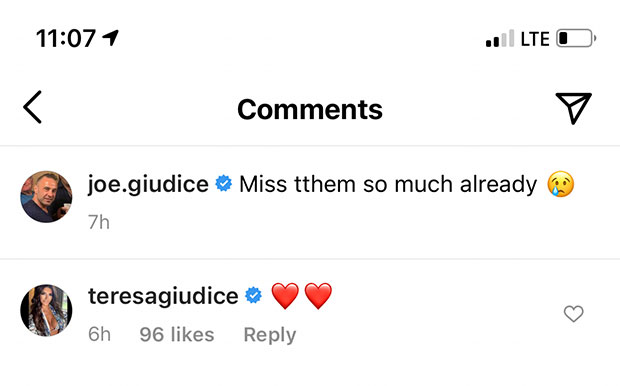 “Miss them so much already,” Joe wrote alongside a closeup photo with Gia and Milania. The father of four, who added a tearful emoji in his caption, indicated that his daughters had left Europe. Gia, meanwhile, confirmed on Instagram that the sisters’ time in Rome had come to an end. She shared a series of photos (seen below) and a video with her dad, with the caption, “See you soon [dad].. I love you!”

Gia and Milania arrived in Italy on November 6, where they traveled to nearby Salerno — in the Campania region of Italy — where Joe is living. Before the trip, the girls hadn’t seen their father since last December. The family was forced to be apart due to Italy’s bout with COVID-19, which eventually moved to the U.S. around March.

Joe and his daughters documented their reunion on social media, which included shopping in Rome, hiking the mountains in Sala Cosilina, Campania, Italy, eating fine Italian cuisine and spending family time with the Giudice’s.