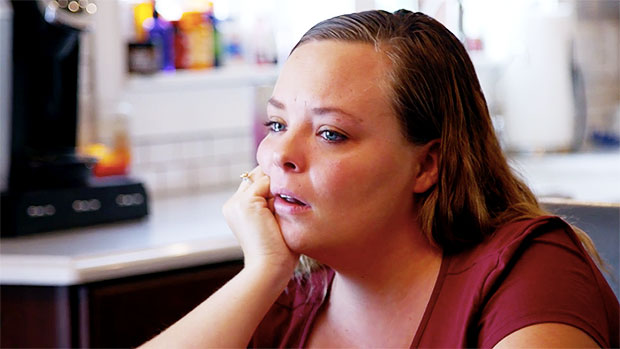 As their trial separation drew closer during the Dec. 10 episode of ‘Teen Mom OG’, a teary-eyed Catelynn expressed her concerns to Tyler. Could a divorce be next for them?

Tyler was eager to start the trail separation during the Dec. 10 episode of Teen Mom OG, but Catelynn questioned whether he’ll want a divorce after. After seeing a new couples counselor, Tyler and Catelynn sat down at their dining room table to discuss their forthcoming separation. Catelynn asked how they’d be telling Nova about the temporary split and how they’d handle her possibly throwing tantrums when one of them leaves to head to a different house, following a dinner date. Tyler suggested they do whatever she wants since it’ll “only be 30 days.” He also tried downplaying the entire situation by saying, “I’m only 8 minutes down the road. It’s not like we’re separate. It’s not like we’re dating other people and never talking to her for 30 days. We all need personal space sometimes.”

However, Catelynn had her own feelings on his view of the separation. She said, “Well, yeah. But I don’t want this personal kind of space going on every few years either. It doesn’t mean everyone has to live separately all the time or multiple times in a year or more. It’s confusing for me, and it doesn’t make sense.” When Tyler asked her what she felt was so confusing, but she said she’d rather do that in therapy.

“I get scared. I’m a normal human. That’s why I wanted to know for sure, like, after these 30 days, if I was going to be coming there and living with you, or were you planning on like at the end of these 30 days being like, ‘No, now I want a divorce.’ [Are you] doing this just to get away and then tell me we’re over with? And if so, I need to know now. If the heartbreak’s going to be there in the end, give it to me now.”

And Tyler agreed. “I’m like you. Let’s get this s*** going. If I’m gunna get my heart broken, let’s do it now.” So does that mean a divorce could happen? Not likely. Catelynn recently took to social media to squash those rumors. Although, who knows what could happen tomorrow.

In other Teen Mom OG news, Cory got jealous when Cheyenne‘s ex started hitting on her at club, where they were celebrating her birthday; Gary finally found his biological father as Andrew tried helping Amber deal with her depression; Maci‘s daughter got her tonsils taken out; and Bristol tried squashing her beef with Dakota, but he told her to call him when the cameras weren’t rolling.

Meghan Markle Made A Surprise Appearance At The British Fashion Awards