Welp, this isn’t the Tayshia news Bachelor Nation was expecting, but at least it’s something. Warner Bros. has just announced Tayshia Adams is hosting a new Bachelor podcast with Hannah Ann Sluss and Joe Amabile. The new podcast, called Click Bait with Bachelor Nation will launch on Oct. 1.

Though the new audio show is an official Bachelor Nation product, the hosts aren’t going to be solely focused on the franchise that launched all of their careers. Instead, Click Bait will cover all types of pop culture news on a weekly basis — or, as the press release announcing the podcast puts it, "breaking down all the clickbait so you don’t have to." Each week, Adams, Sluss, and Amabile will be joined by a celebrity guest to chat about the goings-on in the entertainment world.

Adams, of course, has been on fans’ radar a lot lately, since she is reported to be taking over Clare Crawley’s season of The Bachelorette this fall. Though ABC has not confirmed anything yet, multiple outlets have reported Crawley falls for one of her contestants, Dale Moss, and leaves early on in Season 16, and that Adams is brought in to replace her as the lead. 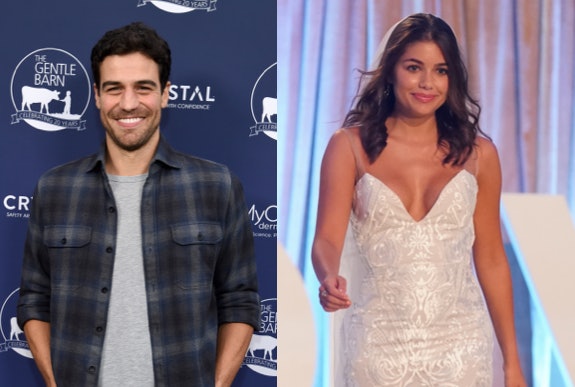 Sluss and Amabile have also been in the spotlight since their respective on-screen appearances for the franchise. After getting engaged and then dumped by Peter Weber at the end of The Bachelor Season 24, Sluss has been killing it on social media — especially in her posts with fellow Weber ex, Madison Prewett. Meanwhile, Amabile threw Bachelor Nation for a loop when he and his partner Kendall Long broke up earlier in 2020.

The podcast is presented by Wondery, the publisher that also brought about fan-fave podcasts such as Dirty John and Dr. Death. The show can be accessed on the Wondery app, as well as all the other popular podcast hosts, including Apple Podcasts, Spotify, and SiriusXM.

Elvis movie: Vernon and Gladys Presley RECAST after stars forced to drop out due to delay