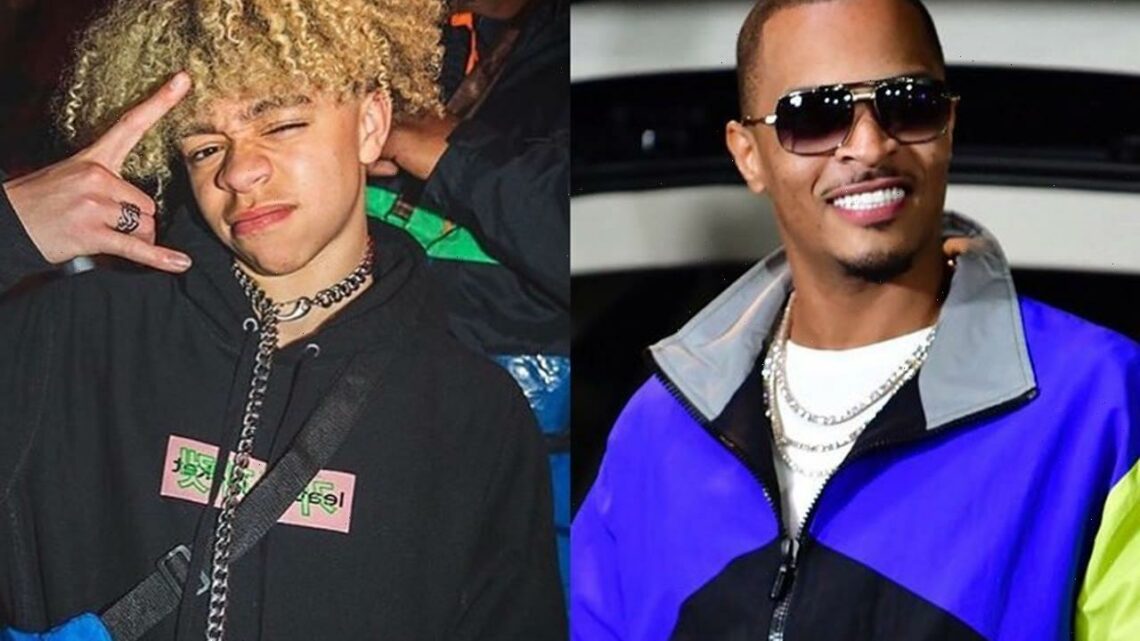 When weighing in on the incident, the ‘Whatever You Like’ rapper reveals that he has spoken to his son King Harris and advises him to enjoy life instead of getting into public confrontations like that.

AceShowbiz –T.I. has finally addressed his son’s recent verbal dispute with Waffle House workers. When speaking about the matter, the “Whatever You Like” rapper admitted that he was “perplexed” by King Harris’ action.

The 41-year-old offered his two cents during an Instagram Live on Saturday, May 28. “Of course, I spoke with my son. Me and his uncles,” he claimed. “We were perplexed by his necessity to go back and forth with the short-order cook. I didn’t understand why he felt he needed to stop what he was doing to engage someone who’s at another level of life.”

T.I. went on to note that he has told his son to simply enjoy his life instead of getting into public confrontations like that. “I had to explain to him that when people are not living like the way they hoped they would live and here you [are] walking in enjoying so much freedom and luxury and, you know, people are going to posture themselves a certain way,” he explained.

“So, therefore, you are going to have to enjoy your life,” the emcee, who shares the 17-year-old boy with his wife Tiny Harris a.k.a. Tameka Cottle, continued. “You have to remove yourself from that energy and go enjoy your life.”

The incident took place earlier this week, but the video just went viral on Thursday, May 26. In the footage that King filmed himself on Instagram Live, he was seen getting angry after the Waffle House employees allegedly messed up his order as he found an unwanted pickle on his order.

After receiving the order and observing it in the car, King decided to go down and confront the workers. “I’m ’bout to go in here and J down. They got me f**ked up,” he told his online devotees as he returned to the restaurant. “N***a think I won’t jump across that table. Aight. Watch this.”

King seemingly hesitated a bit at the door of the establishment, but he proceeded to walk in and launch into a profanity-laced tirade. When an employee was heard telling him that he couldn’t cuss in the restaurant, he shouted back, “I can talk how the f**k I want to wherever I’m at. I’m on live, shawty. Stop talking to me.”

King then showed off his wealth. “This ain’t your f**king restaurant. Everything you make I can pull out my pocket right now I ain’t tripping off you,” he said while showing off his cash on camera. “My name King. You know it and your mama know it.”

The teenager has since come under fire for his arrogance. “He feel like since he TI son he can go around the city and feel untouchable,” one person commented. Another echoed the sentiment, “So he think he can’t be touched because he’s tiny and t.i son like you really need to relax.”