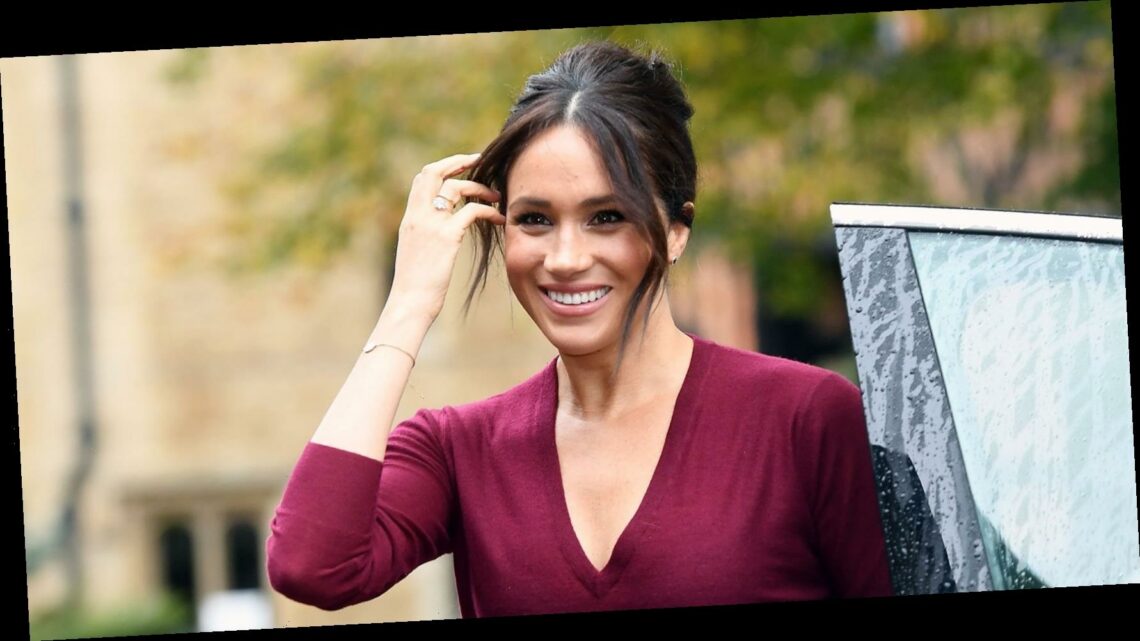 Spreading Christmas cheer! Meghan Markle showed off her holiday spirit in a 2012 music video that resurfaced on Thursday, December 17.

Best Christmas Songs from the 1990s

The former actress, 39, appeared in Richard Marx’s “Christmas Spirit” video alongside her Suits costars Rick Hoffman and Sarah Rafferty. The trio sat at a festive table that had a snowman table topper, a tablecloth with the words “Merry Christmas” written on it and a photo of the Last Supper hanging in the background.

The California native wasn’t the only famous face featured in the holiday video. Olivia Newton-John, Rita Wilson, Kenny Loggins, Chris Daughtry and Racheal Ray also sang along to the song at different points in the clip.

In between scenes of Christmas, fans from all across the world (including England, Australia and Russia) are seen belting out the words. Plus, Hugh Jackman made a cameo while sitting on the toilet before music couple Vince Gill and Amy Grant popped up.

Markle’s music video appearance came four years before she met Prince Harry in July 2016. The following year, the couple got engaged and in May 2018, they tied the knot at St. George’s Chapel in Windsor Castle in England.

The actress’ marriage to Harry, 36, marked the first time an American had married into the British royal family. The couple have since stepped back as senior royals and no longer go by their titles the Duke and Duchess of Sussex.

The pair, who share 19-month-old son Archie, moved to Los Angeles in March after relocating to Canada during the 2019 holiday season. The couple have faced many ups and down during 2020, including tensions with Harry’s family across the pond.

Markle spoke out last month amid the pair’s rocky year, revealing that she suffered a miscarriage in July. A source later told Us Weekly that the loss was “absolutely devastating” for the couple but it has “brought them closer together and made them stronger.”

The pair, however, are ending the year on a high note, announcing on Tuesday, December 15, that they have partnered with Spotify, along with their Archewell Audio production company, to create a podcast.

The duo will also launch a holiday special before the year’s end. The family will be spending Christmas in California after previously planning to return to the U.K. amid the coronavirus pandemic.