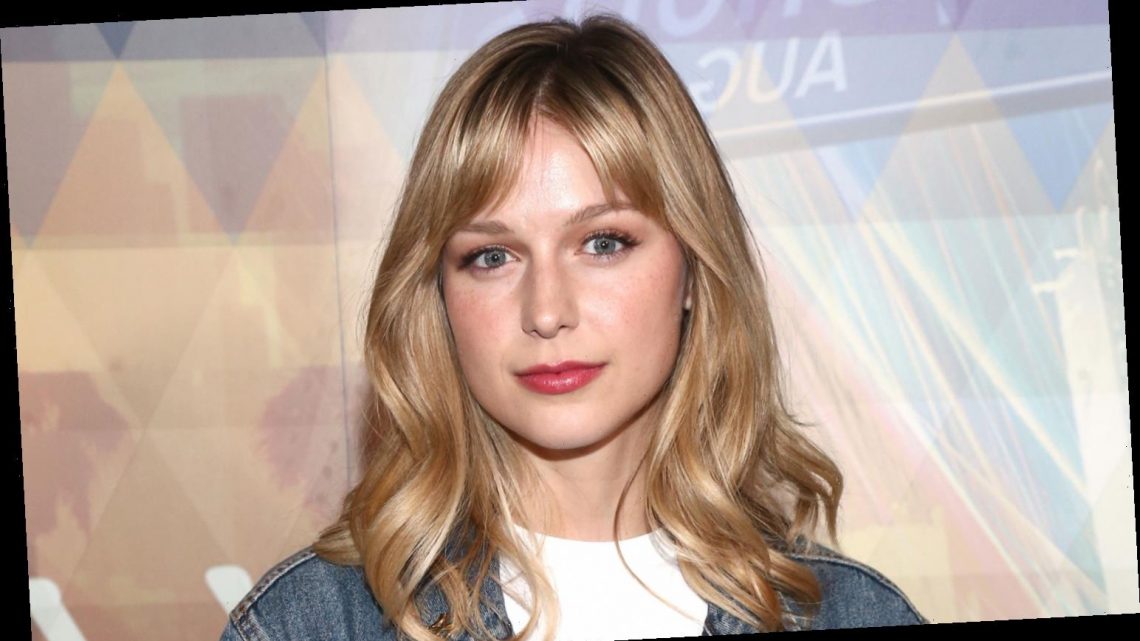 Melissa Benoist has released an emotional video in which she reveals she is a domestic violence survivor and she suffered months of domestic abuse at the hands of a younger partner.

The 31-year-old Supergirl and Glee actress posted a 14-minute video in which she read a statement that she prepared.

“I am a survivor of domestic violence or IPV (intimate partner violence), which is something I never in my life expected I would say, let alone be broadcasting into the ether,” Melissa said.

Melissa never named her abuser in the video, but she did describe him: “He was a magnanimous person, who didn’t really give you a choice not to be drawn to him. He could be charming, funny, manipulative, devious. He was younger than me, his maturity obvious. For a period of time, I wasn’t interested. I was newly single, gaining my bearing in a change in my life.”

Melissa is currently married to her Supergirl co-star Chris Wood, 31. Before that, she was married to Glee co-star Blake Jenner, 27, for a year.

The abuse wasn’t violent at first and it started as emotional manipulation. She said, “Work in general was a touchy subject. He didn’t want me ever kissing or even having flirtatious scenes with men, which was very hard for me to avoid, so I began turning down auditions, job offers, test deals and friendships, because I didn’t want to hurt him.”

Melissa says that the violence began five months into their relationship and she detailed some of the abuse she suffered. The first instance involved a smoothie being thrown at her face.

“The stark truth is I learned what it felt like to be pinned down and slapped repeatedly, punched so hard the wind was knocked out of me, dragged by my hair across pavement, head butted, pinched until my skin broke, shoved into a wall so hard the drywall broke, choked,” she said. “I learned to lock myself in rooms but quickly stopped because the door was inevitably broken down. I learned to not value any of my property—replaceable and irreplaceable. I learned not to value myself.”

Melissa said she stayed in the relationship because “deep down I never believed he would change, I just fooled myself into thinking I could help him… Someone had to let him know his behavior wasn’t OK, and who better than the one he was taking it out on?” She even became violent to defend herself, which she is not proud of.

The final straw was when the abuser threw an iPhone at her face and cause an injury that changed her vision forever. She said, “The impact tore my iris, nearly ruptured my eyeball, lacerated my skin and broke my nose. My left I swelled shut. I had a fat lip… Something inside of me broke, this was too far.”

“Leaving was not a walk in the park. It is not an event, it’s a process. I felt complicated feelings of guilt for leaving and for hurting someone I had protected for so long, and yes, mournful feeling of leaving something familiar,” Melissa said. “But luckily, the people I let in, the more I was bolstered, I never lost the sense of clarity that kept telling me, ‘You do not deserve this.’”

To end her story, Melissa said, “None of this is salacious news, it was my reality. What I went through caused a tectonic shift in my outlook on life.”