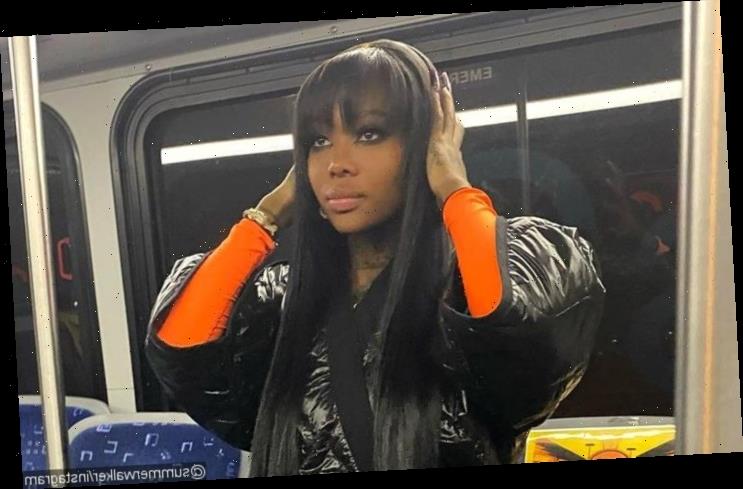 While one Internet user urges the ‘Girls Need Love’ singer to ‘practice what you preach,’ some others agree with her opinion and praise the RnB star by calling her ‘educated queen.’

AceShowbiz –Summer Walker is among the celebrities who go political following the U.S. presidential election. In a new post on her Instagram account, the “CPR” singer shared her opinion on the corrupted system, specifically criticizing black community for not being united.

“The whole system is corrupt. Burn everything down,” a fan commented on one of her posts. Seemingly thinking it wasn’t going to solve anything, Summer replied to the fan on Wednesday, November 4, “you Literally won’t get anywhere doing that but making everybody go into martial law and nobody won’t get s**t.”

“Y’all need to take that same passion and energy & use it to come together in the black community,” she went on suggesting. “Black people have no unity. we want everyone one else support but won’t support each other but nonody wants to hear all that. so unorganized.”

The post, however, earned the R&B singer some mixed reactions from internet users. “Summer love yu nd all but yu stay talking bout how we dont come together but you have so many opinions on black baby mothers wheres your unity when it comes to that huh ? Ive seen yu bash so many single moms its crazy when they should be the most uplifted ppl in the world but hey im just saying practice what you preach,” a fan wrote in the comment section, referring to Summer’s feud with ex London On Da Track‘s baby mamas.

Another fan similarly wrote, “Yawn…but people like you don’t want to organize because if we don’t believe every crazy conspiracy out there we are ‘not woke’. There’s actual conspiracy theorist who study and test the theories to make sure they can’t be debunked, and then people like you who spread the most seemingly fake booboo conspiracies as ‘fact’.”

“What Summer Walker said was not profound at all. She was right but it’s not anything that people in the black community haven’t been already saying. It really lets me know that a lot of y’all give celebrities too much credit for just repeating what we’ve been preaching,” someone else commented.

Meanwhile, some others agreed with the “Girls Need Love” singer. “The black community is so divided .. over dumb s**t too like the complexion of our skin or the disrespect towards the black LGBT. Like we in no position to b tearing each other down over differences in lifestyle’s & skin shade. We all black,” one user noted.

“She didn’t lie either. The black community is so unorganized & it’s embarrassing,” one of her followers echoed the sentiment, adding, “Comparing black females to each other, bringing black females down just by their skin tone, using black women trauma as a joke is not the way to go. We really need to do better y’all.” Meanwhile, one person dubbed Summer “educated queen.”