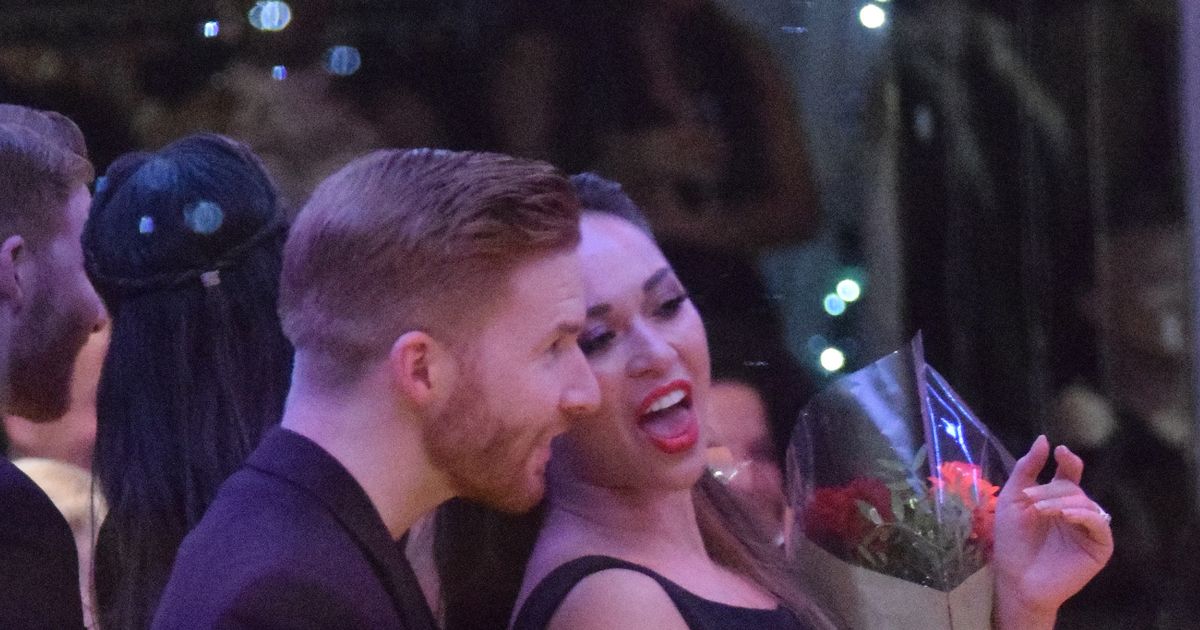 Strictly pro Katya Jones and hubby Neil will give their woes the kiss-off as they celebrate Christmas in her native Russia.

Their marriage was rocked when Katya, 29, was snapped smooching celeb partner Seann Walsh during a boozy night out.

But they put on a united front this week as they reunited with their matchmaker, former Strictly judge Karen Hardy, to mark the 10th anniversary of her dance studio.

Revealing their plans to stay with her family for Christmas, Katya said: “We’re going over later this month, when Strictly is finished. We can’t wait.”

The couple said they are even trying to teach Katya’s mum, Tatiana Sokolov, to dance – with some difficulty. “When she was learning salsa she was saying ‘It’s like this’. But we are saying ‘No, it’s like this,” said Neil.

Katya and Neil’s relationship may have hit the skids after her dalliance with comedian Seann, 33, in October but they are back on form and have announced a new show.

Katya said: “We have a nice project coming up. There’s cruises, the dance breaks and going round the country teaching kids.”

And they have show Somnium: A Dancer’s Dream – based on their love story. It tells of a British boy and Russian girl who fall in love and overcome the odds to become dance stars. It hits Sadler’s Wells in London in July.

Earlier this month, Seann broke his silence on the kiss – admitting he “f***ed up”. Greeted by boos at his first gig since the scandal, he said: “You spend a lot of time with your dance partner and we went for a drink and one thing led to the other. I actually started to think, ‘Hang on, have I actually done anything that wrong?’.”

Taking a dig at Neil as he boasted of his newfound fame, he said: “You know who I am now, motherf***ers. I’m the guy who kissed a gay man’s wife.” Then he added: “I’m only joking!”

Meryl Streep to become a grandma for the first time