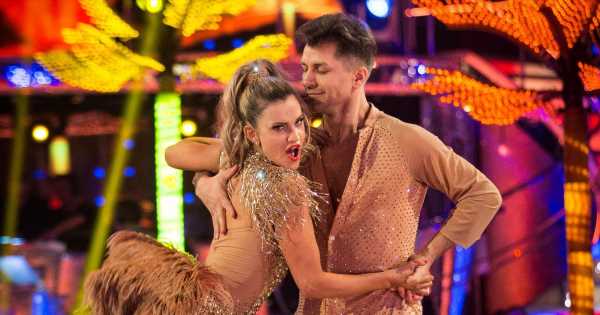 Strictly star explains why everyone wants to quit on ‘terrible Tuesdays’

Strictly Come Dancing runner-up Ashley Roberts has warned the 2019 contestants they will want to walk out at least once a week when the show starts.

The former Pussycat Dolls star was named runner-up last year after dancing her way through the series with Pasha Kovalev.

She's now explained that she underestimated just how gruelling the series could be – and admitted most of the cast wanted to quit at some point.

"I think they call it the terrible Tuesdays, where on Tuesdays you're like 'Oh my gosh, what am I doing, how am I going to do this?'

"I doubted myself, but I had my mum and I had people around me I could call and just keep my spirits high."

Ashley, who lost out in the final to Stacey Dooley and Kevin Clifton, did confirm that despite the grind, she had a "magical experience."

She was paired with pro Pasha, who is married to Countdown's Rachel Riley.

When asked who she's backing for this year's champ, she declared her love for US reality star and singer Michelle Visage.