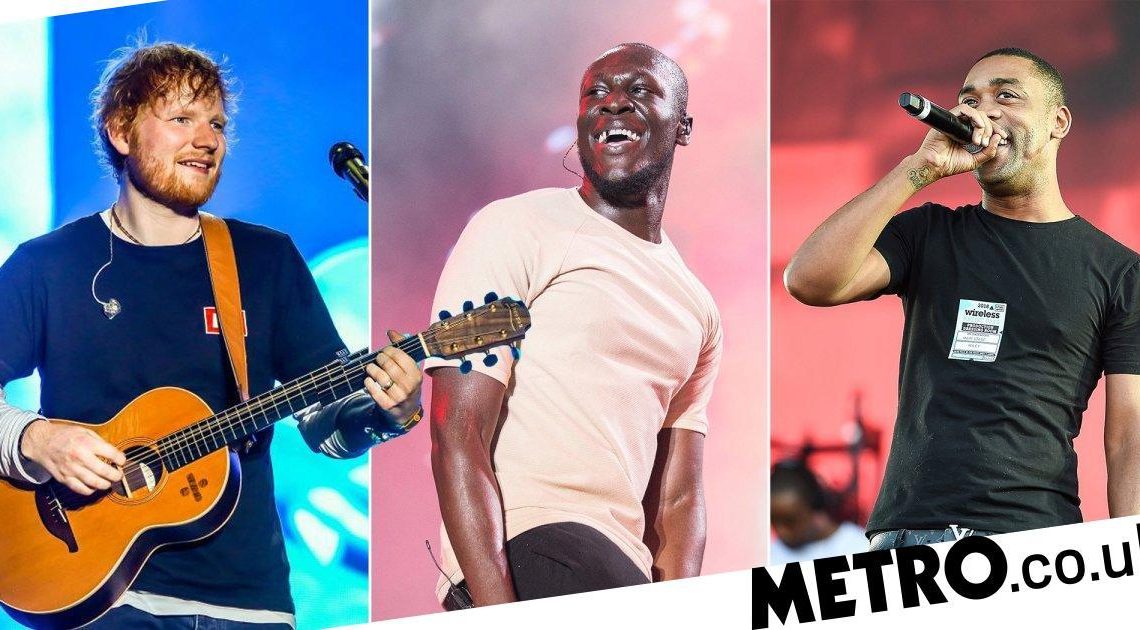 Ed Sheeran and pal Stormzy sent fans into total meltdown when they dropped the video to their latest collaboration, Take Me Back To London.

Well, all fans except Wiley, that is.

In fact, the Wearing My Rolex rapper took a second to brand the decision for the Thinking Out Loud singer to appear on a grime track ‘weird’.

Making his feelings known, the 40-year-old slid into the comments underneath Stormzy’s latest Instagram post – promoting their clip – and wrote: ‘Oh s*** so now Ed you wanna do grime yeah f***in ell mate (sic),’ beside all of the cry-laughing emojis.

But the Shut Up rapper was quick to jump to the singer’s defence, replying: ‘No Wiley you know Ed been doing this from early, been a real one from early, can’t question that.

‘You know I love you and respect you brother but nah don’t do that.’

The Heatwave star still wasn’t convinced, as he responded: ‘Bro I’m gonna be honest with you, same love and respect but sadly it’s 2019 my brudda, and for real, I am saying it’s sounding
very weird, Ed on grime.’

Emphasising his point, he added ‘all respect due’, and the 100 emoji.

Wiley’s comments are a little awkward, considering he has actually collaborated with Ed himself in the past, releasing You together back in 2011.

But he’s no stranger to causing controversy with his fellow rappers, sparking a major feud when he branded Drake a ‘culture vulture’ after the Take Care star invited UK acts including J Hus and Krept & Konan on the stage with him during his tour.

Stormzy has had a tough few days himself, following his split from Maya Jama.

The TV presenter’s reps confirmed their four-year relationship had ended earlier this week, stating: ‘Yes, I can confirm the relationship has ended and Maya has separated from Stormzy.’

While a source told The Sun she had grown frustrated with the 26-year-old’s partying ways, and wanted to focus on her career.

However, the rapper was later forced to deny speculation that he had cheated on Maya with Jorja Smith.

Approached about the online speculation, a rep who manages both stars told Metro.co.uk: ‘I can confirm any accusations or reports surrounding Stormzy’s infidelity to Maya are categorically not true.’