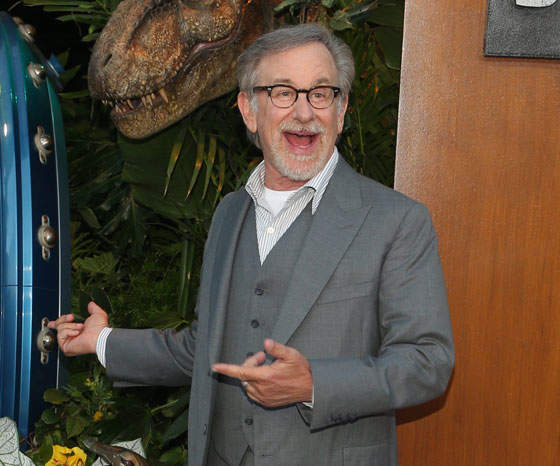 Cinema purist and Carl’s Jr detractor Steven Spielberg isn’t about Netflix being in the Oscar-contending feature films business. (He obviously never saw Bird Box which was goddamn robbed this year.) Along with other members of the Academy of Motion Pictures Arts and Sciences and several film studios, he was chagrined over Alfonso Cuarón’s Roma (which Netflix paid for) getting nominated for Best Picture this year. So he’s on a campaign to make sure flicks on streaming services can’t qualify for Oscars. What a grouch.

Indiewire says that Spielberg, who has bitched about this before, plans to use his position as the Academy Governor representing the directors branch to gather support for a Netflix-ban. Does he think Roma stole Ready Player One’s spot on the Best Picture nom list?

“Steven feels strongly about the difference between the streaming and theatrical situation,” said an Amblin spokesperson. “He’ll be happy if the others will join [his campaign] when that comes up [at the Academy Board of Governors meeting]. He will see what happens.”

Spielberg recently won the Filmmaker Award at the Cinema Audio Society’s CAS Awards last month and got passive-aggressive about Netflix in his speech.

“I hope all of us really continue to believe that the greatest contributions we can make as filmmakers is to give audiences the motion picture theatrical experience,” Spielberg said. “I’m a firm believer that movie theaters need to be around forever.”

There’s nothing like going to a big dark theatre with people you’ve never met before and having the experience wash over you. That’s something we all truly believe in.”

He makes it sound so sexy! In addition to the wanting to have a movie ‘gasm with strangers, the other problems people have with Netflix as a movie studio is that they have the money the other studios don’t. This is a shock seeing as it costs you a small business loan to go to the movies right now. $4.50 for Goobers? Fuck you! Here are all the complaints:

– Netflix spent too much. One Oscar strategist estimated that $50 million was spent on Oscar campaigning for “Roma”, with “Green Book” at $5 million. (The New York Times reported $25 million; Netflix insists awards were folded into their entire marketing budget.)

– The massive “Roma” push crushed foreign-language distributors. Sony Pictures Classics co-president Michael Barker said he had no financial option but to release Oscar nominees “Never Look Away” and “Capernaum” when theaters opened up after the holidays, which meant fewer Academy voters had a chance to see them.

– “Roma” only spent three weeks as a theatrical exclusive before moving on to Netflix.

But very little of that actually has a bearing on qualifying for the Academy.

Box-office numbers have no impact on Oscar qualifications, and every year films qualify with just one week of exclusive theatrical play. Some theaters held “Roma” for as long as 13 weeks.

Spielberg should spend less time on this Netflix crusade and more time not fucking up West Side Story. Worry about making Rita Moreno less nervous, Steve! Thankfully she has a cameo, she’s executive-producing the movie and mama is down at rehearsals making sure everyone’s on the stick. You don’t fuck with movie OG Anita.