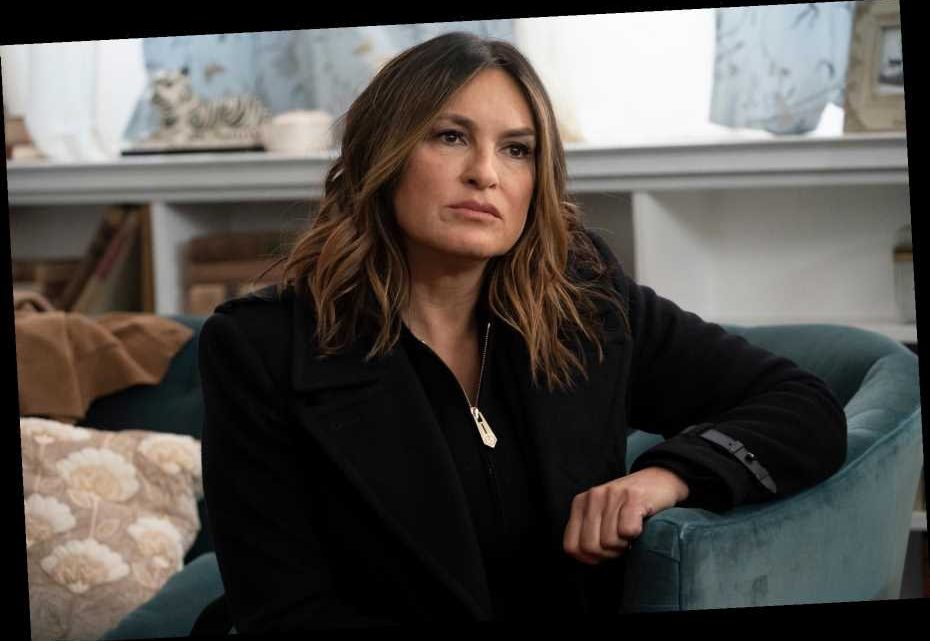 Sorry, Olivia Benson Is Canceled Too

A few days ago, I was scrolling through TikTok and saw one featuring Olivia Benson, the beloved star of Law and Order: SVU played by Mariska Hargitay. The TikTok is captioned “#when I say ACAB,” and the audio is from Fergie’s “Big Girls Don’t Cry.” “I hope you know, I hope you know/That this has nothing to do with you,” the woman in the TikTok lip-syncs, as if pained to even be mentioning Olivia Benson and anti-cop sentiment in the same breath.

On social media, where defunding and abolishing the police has become an omnipresent rallying cry, a similar sentiment also reigns. “The only cop I have any respect for is Olivia Benson,” one tweet reads. “nOt AlL cOpS…you’re right, Olivia Benson from SVU would NEVER,” reads another. Even as fictional cops ranging from The Wire‘s Det. Bunk Moreland to Chase from Paw Patrol come under the microscope, Olivia Benson is in another class altogether. She is the minority, the exemption, the special case. She and she alone, it is generally agreed, is allowed to cloak herself in the mantle of Good Cop.

If there were a patron saint of liberal white women, Olivia Benson would be it, to the degree that Taylor Swift (a totem for white femininity if ever there was one) named one of her cats after her. And to a large degree, this makes sense. For 21 seasons, Olivia Benson has served as the quintessential Good Cop, the embodiment of all of the qualities we wish law enforcement figures would have: she’s tough but fair, vulnerable yet steely-eyed, displaying constant compassion for survivors and providing no quarter to abusers. She always fights for and believes victims, a marked contrast to real-life law enforcement officials, whose record on convicting sexual offenders is abysmal. The fact that in real life, Hargitay has used her platform to advocate for eliminating rape kit backlog only adds to the character’s bona fides. Olivia is a social justice warrior in the truest, most non-pejorative sense, a law enforcement officer who isn’t motivated by quotas or high school bully impulses, but an earnest desire to do right by survivors at all times. Only a demon, a sociopath, or the President of the United States would take issue with her. She is, by all standards and measures, awesome.

Among some viewers (particularly survivors of sexual violence), there has always been a tacit understanding that this is pure fantasy, and that’s part of the reason why the show is so popular: It presents an alternative version of reality where the justice system works the way it’s supposed to, and watching that can be healing. Accepting that this is sheer fantasy also allows people to overlook some of the more problematic aspects of the show, such as that most of the victims are young white women, its conflation of sex trafficking with consensual sex work, its rampant transphobia, and the fact that Elliot Stabler, the platonic ideal of an emotionally unbalanced, physically abusive Bad Cop, is played by a man so hot and charismatic it should be illegal.

But not everyone who watches Law and Order: SVU interacts with it on those terms. A not-insignificant number of police officers have credited the show with their deciding to enter law enforcement, and it’s safe to assume that an even larger number of viewers watches the show and believe that police officers like Olivia Benson are fundamentally on the side of the vulnerable and disenfranchised. And this trope has significant real-life implications: according to a report from Color of Change (which features a screen grab from SVU) on the cover), crime series “make heroes out of people who violate our rights” and “do not depict the reality, causes, or consequences of [racial disparities in the criminal justice system] accurately.”

The protests against police brutality have prompted a necessary conversation about the lionization of cops in popular culture, and how such tropes condition us to view police officers as a force for good, even when there is ample real-life evidence to the contrary. Law and Order: SVU show runner Warren Leight himself weighed in on this on a Hollywood Reporter podcast, saying, “People watch the shows to see heroes. You have the responsibility to at least depict the reality — as close to the reality as you can.” And these discussions have culminated in real-life change: At least two reality shows featuring police officers have been canceled following the protests, and LEGO nixed a marketing campaign for its latest police officer toy set. Some producers, like Tom Scharpling of Monk, have even issued mea culpas of sorts, tweeting that those who have worked on series that depict cops as “lovable goofballs…have contributed to the larger acceptance that cops are the implicitly the good guys.”

It is safe to assume that, for some time at least, culture creators are going to be cautious about depicting police officers in a positive light, and that that will result in some much-needed changes being made in writers’ rooms and studio brainstorm sessions across the country.

No matter how fraught the role of law enforcement official becomes in the cultural imagination, no matter how embedded she is in a system that perpetuates racism and misogyny and brutality, nobody wants to see Olivia Benson as anything but a hero. We need to believe the system is not totally broken. We need to believe that cops are not totally irredeemable. We need to believe that some cops can be Good because Olivia Benson is Good, even if to hold her up as the exception to the rule perpetuates the #notallcops line of thinking that leads some people to nod their heads when Fox News demonizes the protesters in the first place.

The truth is that, if you agree that the system is broken and great changes need to be made on all levels to fix it, you can’t pick and choose what needs to be changed. No matter how much you love Olivia Benson, you have to be willing to grapple with the fact that she plays a major role in perpetuating the idea that cops are inherently trustworthy and heroic, and that many viewers are unable to distinguish between the gossamer fantasy of how justice should be handled, and how it actually is. If cops are canceled, that means all cops are canceled, up to and including the strong and pretty ones we like to watch break down pedophiles in interrogation rooms. Revolution can’t be built on the backs of the exceptions, and those who perpetuate toxic systems can’t be deemed immune to critique just because we like them. It’s the simplest equation there is: if all cops are bastards, and Olivia Benson is a cop, that means she’s — kind of — a bastard. (Mariska is cool, though.)