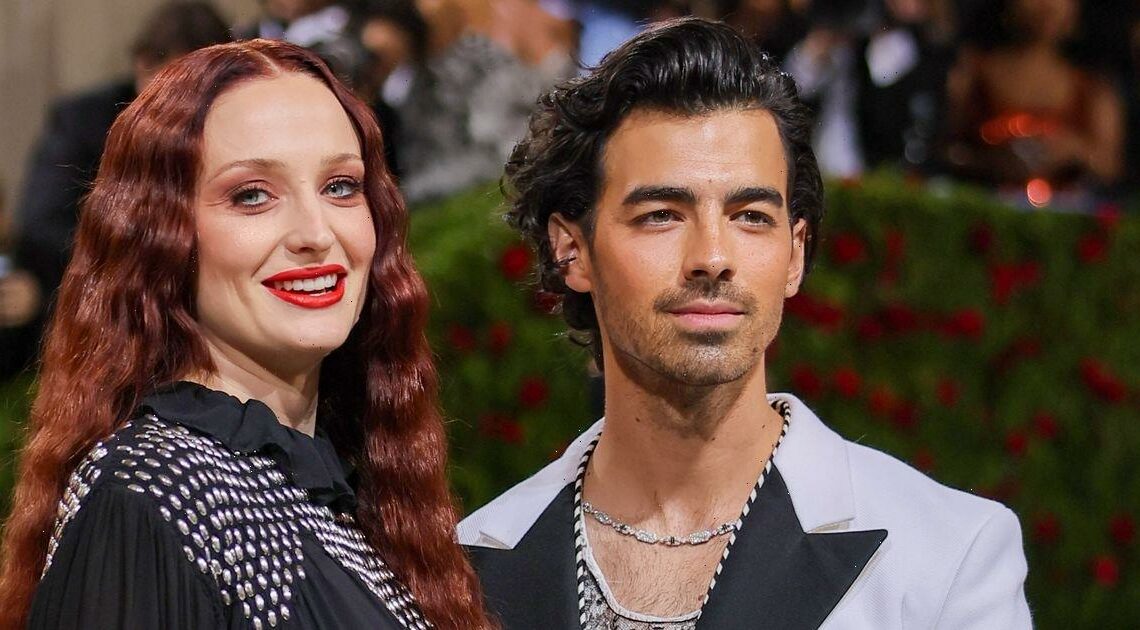 Sophie Turner has appeared to confirm she's expecting her second child with husband Joe Jonas as they attended the Met Gala on Monday 2 May evening.

The couple, who are already parents to daughter Willa together, put on a loved-up display as they arrived at the Metropolitan Museum of Art in New York City.

Game of Thrones actress Sophie, 26, looked stunning in a floor-length Louis Vuitton gown that featured embellishments on the chest and shoulders.

The star styled her dark red mane down into waves and donned a red-themed make up look, complete with eyeshadow and a bright lip.

Meanwhile Joe, 32, looked incredible in a silver top with dark trousers, which he paired with a white and black blazer that featured a mesh cap going down his back.

The pair seemingly confirmed they are expecting their second child together as they cradled Sophie's blossoming baby bump.

OK! has approached both of their representatives for further comment.

Sophie and Joe are said to have welcomed their first child together in 22 July 2020.

At the time, TMZ revealed the couple had welcomed a baby girl, who they are understood to have named Willa.

Both Sophie and Joe have refrained from posting about their child on social media and have kept a tight lip on their family in general.

Sophie and her pop singer husband Joe got married in Las Vegas in May 2019 after being together for three years.

DJ Diplo confirmed the duo had decided to wed immediately after appearing at the Billboard Music Awards, which were held in the same city in Nevada.

Their ceremony, in the world famous Vegas chapel, named The Little White Chapel, was presided over by an Elvis impersonator, and Nick Jonas’ wife Priyanka Chopra served as maid of honour.

"Gonna hit up this wedding real quick,” Diplo captioned the video and musical duo Dan + Shay performed an acoustic version of their song, Lovebug, during the ceremony.

Sophie and Joe, who secretly split for a day before getting married, later held another wedding and ceremony in France.

Less than a year later it was reported that the couple were expecting their first child as a source told JustJared.com that Sophie had already announced the happy news to her friends and family.

For all your updates on Sophie Turner and Joe Jonas, sign up to our daily OK! newsletter.