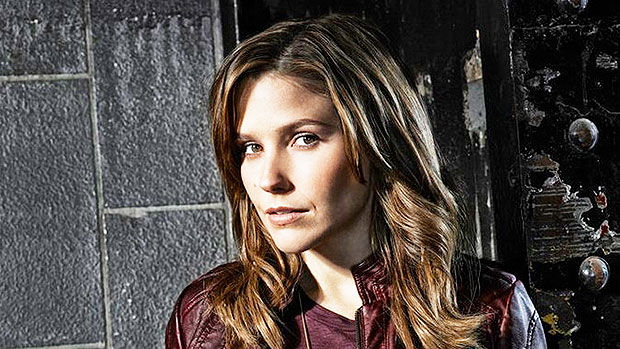 ‘Chicago P.D.’ fans were shocked when Sophia Bush bailed after Season 4, but she says she just had to leave due to horrible working conditions and the constant ‘abuse’ she allegedly faced on set.

“I quit because, what I’ve learned, I’ve been so programmed to be a good girl and to be a workhorse and to be a tugboat that I have always prioritized tugging the ship for the crew, for the show, for the group, ahead of my own health,” Sophia Bush, 36, said while discussing her Chicago P.D. exit with Dax Shepard, 43, on the Dec. 10 episode of his Armchair Expert podcast, per Us Weekly. At the time when she left, there were rumors that it was in reaction specifically to series star Jason Beghe’s “inappropriate behavior,” but she said she bailed on the show because the working conditions were too harsh for her to bear anymore. “My body would react to something that I was like, ‘That’s not a big deal. It’s not great, but it’s not a big deal.’ The reality was that my body was like falling apart because I was really, really unhappy.”

“For us, our writers were here in L.A., and they were like, ‘The snow looks so cool on camera.’ And we were like it’s literally 30 degrees below zero. So it’s 62 degrees below freezing, and you’re going to say we have to keep working outside? Like, people were sick all the time,” she added. “It was really just physically hard, but the culture protected it and the culture said this is just what it is and get the job done.” Sophia said she “programmed [herself] to tolerate the intolerable,” but after four seasons, she was done.

On the podcast, Dax brought up how this was Sophia’s second experience on a toxic television series, as Mark Schwahn, the creator of her former show One Tree Hill, was accused of sexual harassment in 2017. Sophia said that both were similar – but different. “Our experience on One Tree Hill was unpleasant, but our boss who was a bad dude lived in L.A.,” she told Dax. “Eighty percent of the time we were on set loving our experience and each other and then he would come to town and it’d be like, ‘Watch out for f*cking Handsy-McHandsy over there.’ There was a lot that was inappropriate but it wasn’t all the time…it wasn’t the same.”

“One was like, a guy who we’re like, ‘Oh God, he’s back.’ And one was a consistent onslaught barrage of abusive behavior,” Sophia said, saying Chicago P.D. was a stream of abuse compared to OTH’s infrequent (alleged) harassment. “You start to lose your way when someone assaults you in a room full of people and everyone literally looks away, looks at the floor, looks at the ceiling, and you’re the one woman in the room and every man who’s twice your size doesn’t do something, you go, ‘Oh that wasn’t worth defending? I’m not worth defending?’ “

Sophia said she spoke with her bosses after the table read for the Season 4 premiere, and said that if things didn’t change, she’d leave at the end of the season despite her multi-season contract. “When I started rattling off the list of what had been happening on set and was literally told to stop by my boss because, ‘This is all (expletive) I gotta call HR about, and I really don’t want to deal with this anymore,’ and I was like, ‘OK, so I’m making the right decision. I have to go,’ “she told Dax.

Yule laugh: A comedy binge to see one through the summer TV drought
World News